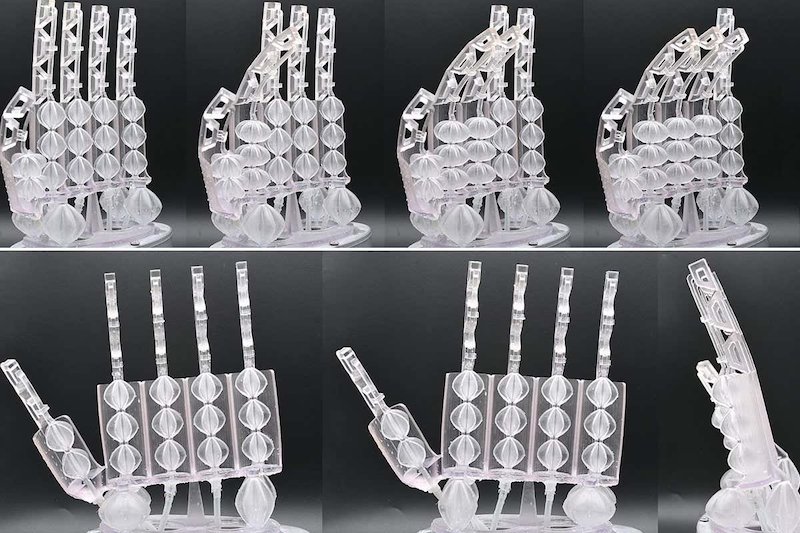 An Italian scientist has invented a robotic end effector that could bring the goal of robots having human-like hands one step closer.

Corrado De Pascali and his colleagues on the Italian Institute of Technology have unveiled an end effector which uses tiny, 8-gram actuators to power many different joints in the complex component.

According to report in New Scientist and several other outlets, the actuators – although small – can actually lift “1,000 times their own weight”.

So that works out to be 8 kg each – which would be very useful.

The membranes for the actuators have been named GeometRy-based Actuators that Contract and Elongate, or “GRACE” for short. They have been 3D-printed using a flexible resin that enables them to stretch and contract in similar ways to human flesh and muscles.

The membranes themselves were design by De Pascali’s team using a mathematical model they created.

Part of the movement is achieved by inflating and deflating the pleats within the end effector.