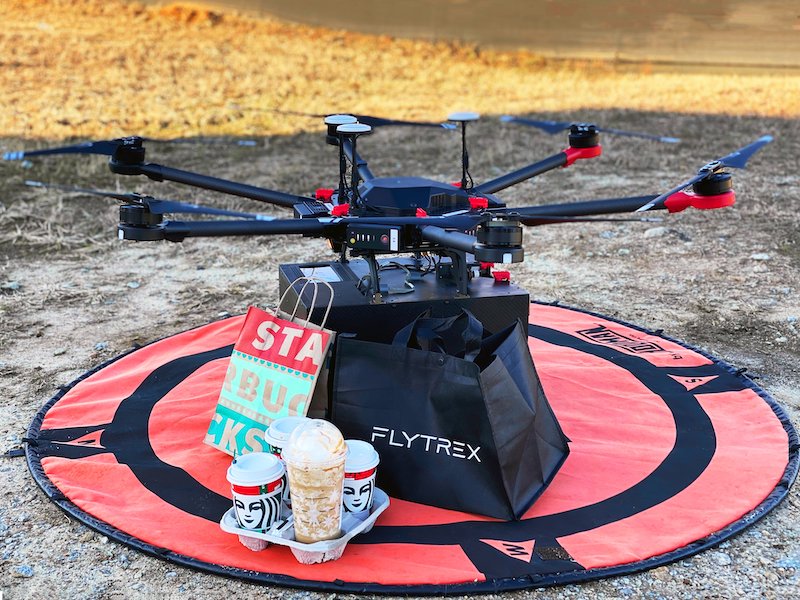 Flytrex, a specialist in on-demand drone delivery for food and retail, has received approval from the Federal Aviation Administration (FAA) to expand its delivery radius from one to two nautical miles across all its operating stations in North Carolina and Texas.

Deliveries will be made in cooperation with longtime partner Causey Aviation Unmanned, offering food, drinks and other goods to approximately 100,000 eligible customers that can opt into the service – a substantial increase from the 40,000 customers that were previously eligible.

Flytrex and Causey will conduct all flights while maintaining the highest safety standards.

This approval is the latest of several achievements for Flytrex, including the recent expansion of its drone delivery service to Granbury, Texas, just outside of Dallas-Fort Worth. Flytrex also has three operational stations in the state of North Carolina: in Fayetteville, Raeford, and Holly Springs.

With a rapidly growing list of collaborations with leading restaurant and retail chains, Flytrex completes thousands of deliveries every month.

Yariv Bash, co-founder and CEO of Flytrex, says: “Drone delivery at scale is finally taking off, and this approval from the FAA positions us squarely at the forefront of that movement.

“This approval allows us to reach roughly 100,000 customers with our ultrafast delivery, and we look forward to continuing this exciting flightpath to one day bring three-minute delivery to the tens of millions of backyards across the US.”

The process for ordering delivery via drone will remain the same at each location. Eligible customers will be able to purchase a wide variety of food orders and goods from nearby stores and local restaurants and cafes.

Orders are placed using the Flytrex app, which updates customers regarding their order status along the route until the package is lowered safely by wire into their backyards.

Flytrex has been working closely with regulators to help ensure the highest safety standards in getting drone delivery off the ground.

It has participated in the FAA’s UAS Integration Pilot Program (IPP), which concluded in October 2020, and continued in the FAA’s subsequent initiative, BEYOND, working with the North Carolina Department of Transportation to help tackle the remaining challenges of UAS integration.