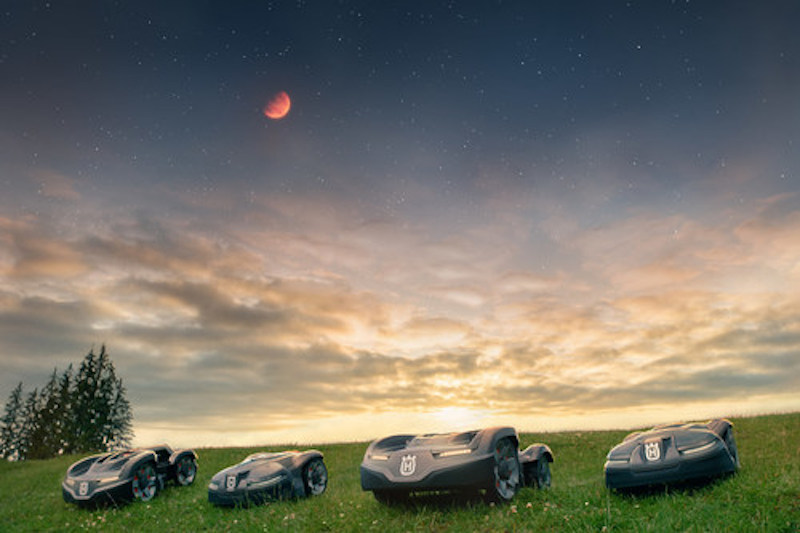 More than 100,000 Husqvarna robots are preparing to sing the traditional “Happy Birthday” song to NASA’s Mars Curiosity Rover robot in the weirdest birthday party ever.

Husqvarna says its robots will shout at the top of their voices – or whatever it is they use to communicate – from Earth to Mars, which is a distance of more than 174 million km, in an effort to get through to the “loneliest robot in the universe”, according to the company.

It generally takes about 5 to 20 minutes for a radio signal to travel the distance between Mars and Earth, depending on planet positions.

Husqvarna says it’s doing this because it’s noticed that, while the Mars Curiosity Rover’s first birthday was celebrated, its subsequent nine birthdays have gone largely unnoticed.

Now, on its 10th birthday, the Mars Curiosity Rover is set to get a shout out from Husqvarna’s robots, most of which will be the company’s Automower, a robotic mower which itself looks somewhat spaceship-like in its design.

Husqvarna says this initiative derives from its “long history of engineering and innovation”, where robotic lawn mowers have played an important role in the company’s success.

With technology based on the Automower robotic mower’s existing alarm signal, Husqvarna used the integration platform IFTTT to enable the mowers to sing Happy Birthday.

Husqvarna has been working with IoT and external third-party solutions for years, for example Google Home, Amazon Alexa and IFTTT.

Björn Mannefred, robotics software manager at Husqvarna, says: “For us this is a way to pay homage to the great engineering work of NASA, and that of our extensive team of robotic experts, by letting our robotic mowers celebrate a fellow robot.

“Nobody should have to sing Happy Birthday to themselves, right?”

Automower owners of the 405X, 415X and 435X AWD models that have the latest firmware installed will be notified about the update through the Husqvarna Automower Connect app where they have the opportunity to opt in and join the choir pre-event.

If they accept and follow the necessary steps, Automower robotic mower will automatically sing at 12, 3 and 6 pm (local time) on August 5th, as a fitting homage to Curiosity’s 10-year anniversary on Mars.

To learn more and get step-by-step instructions to participate, visit www.husqvarna.com/happybirthday.

Husqvarna is also demonstrating a choir of its robotic mowers singing Happy Birthday, as shown in the video below.