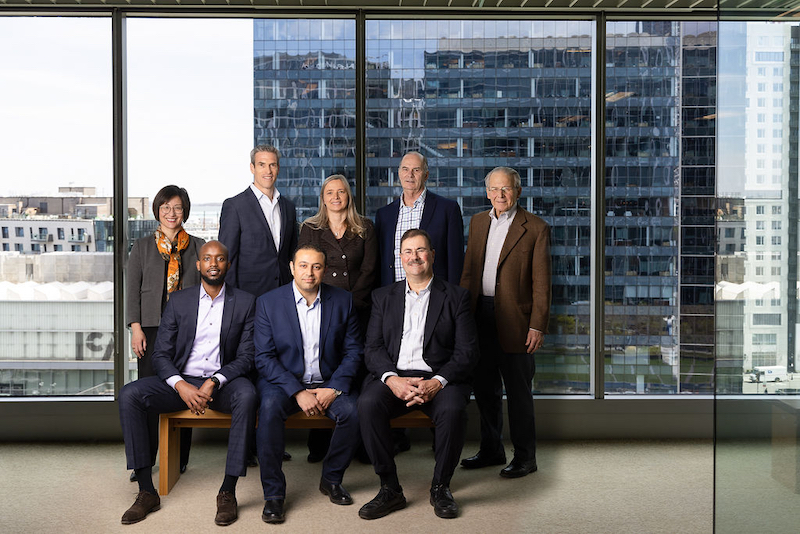 Cybernetix Fund I will focus on pre-seed, seed and Series A investments into companies in the US and around the world developing robotics solutions for manufacturing, logistics, construction, and healthcare verticals.

The fund’s general partner Fady Saad is an MIT alumnus and co-founder of MassRobotics, the largest robotics startup escalator in the United States, supporting more than 60 resident startups at its Boston shared office and laboratory facility.

A Boston Business Journal “40 Under 40” honoree, he has been heavily involved in the robotics innovation and investment community made up of entrepreneurs, researchers and technologists from around the world.

General partner Mark Martin, a Cornell and Tufts University alumnus, has been an investor, board observer and advisor for over 20 startups in SaaS, IoT and sensor technologies.

As a VP of industrial automation, sensors and IoT at Analog Devices, he led an organization with over 600 employees and $1 billion annual revenue.

Martin scaled the company’s presence in Asia while based in Hong Kong for three years. He has also been on MassRobotics’ advisory board.

Cybernetix portfolio companies will benefit from the fund’s unprecedented access to the robotics ecosystem, corporate relationships, deep industry knowledge and insights, and other critical finance, business and manufacturing resources.

Saad says: “With the launch of Cybernetix Ventures, robotics startups will have access to a one-of-a-kind fund which is from the robotics community, led by robotics leaders, for robotics innovators.

“It’s clear to us that robotics is a distinct investment class, separate from established categories like software and biotech, with its own investment models, metrics and portfolio engagement.

“The majority of investors are just starting to figure out the true value of innovative, early-stage robotics opportunities. With the establishment of this fund, we’re here to influence what will have the greatest long-term impacts, and share the full extent of our expertise and networks with the companies we believe in.”

Martin says: “It’s only in the last few years that we’ve seen the arrival of robotics unicorns and funding rounds with multi-billion dollar valuations as part of an accelerating robotics ecosystem.

“So this marks an exciting time to be supporting and guiding the next crop of companies in the industry with outsize potential.

“Couple that with the intensifying labor shortage in our key verticals, and you have a strong rationale why the time is perfect for us to launch this new fund.”

Cybernetix Ventures has an advisory board consisting of seven “distinguished leaders in their respective fields”:

Helen Greiner: co-founder, former chairman and president of pioneering robotics company iRobot and CEO of Tertill, a recognized leader in the robotics field for more than 35 years.

Peter Wurman: co-founder and former CTO of Kiva Systems, a manufacturer of mobile robotic fulfillment systems acquired by Amazon and rebranded to Amazon Robotics. He is currently Sony’s AI America director and was inducted into the National Inventors Hall of Fame in 2020.

Rick Faulk: CEO of Locus Robotics and former CEO of Quiet Logistics, has more than 30 years of experience in the logistics industry.

Elaine Chen: a well-known roboticist, currently director of the Derby Entrepreneurship Center at Tufts University and former entrepreneur-in-residence at the Martin Trust Center for MIT Entrepreneurship.

Amar Sawhney: prolific serial entrepreneur in the medical devices industry, currently CEO of Pramand, CEO and Chairman of Instylla. Some of his previous companies were acquired by Boston Scientific, Covidian and Genzyme.

Ricci says: “There’s never been a venture capital team like this before, purpose-built and ready from day one to identify and target the most compelling opportunities at the intersection of robotics, automation, and AI.

“We already have seen the team putting their wealth of knowledge, experience, and network into their current investments.”

Derrick Morse, CEO of portfolio company, Rugged Robotics, says: “After meeting Fady and Mark, I quickly realized the power of their network and experience, and I knew I had to get them onto our cap table.

“We were massively oversubscribed, but it’s important to have investors who really know the market and technology, understand the challenges of driving early-stage robotics companies, and can really engage on the important challenges we face as we grow the business. We’re thrilled to have their support.”