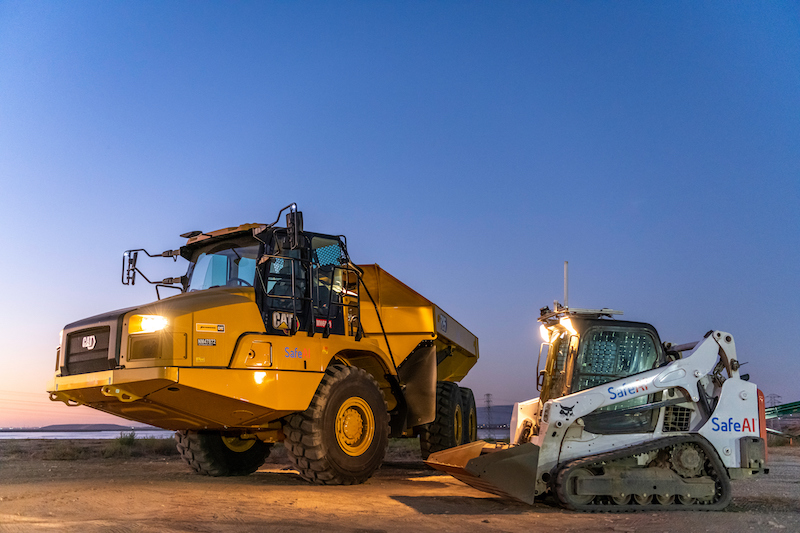 SafeAI, a developer of autonomous solutions for heavy equipment, in partnership with Japanese construction giant Obayashi, has hosted nearly 150 visitors to view its retrofitted autonomous Caterpillar 725, operating on a construction site in Japan for the first time ever.

The demos, which took place over a two week period, brought together delegates from nearly 50 organizations across the construction industry ecosystem, including leading OEM, general contractors, technology companies, universities and research groups and Japanese government entities responsible for regulation.

In addition to winning buy-in from key stakeholders, the demos mark a critical first step toward securing approval from the government and industry organizations to bring autonomous construction to Japan.

Prior to the public demo, SafeAI and Obayashi spent 6 weeks extensively testing in a Japanese environment to confirm all the features previously developed in the US-based proof of concept, which was completed in California in November 2021.

Japanese regulations were not originally designed to support the use of autonomous vehicles for off-road construction. Yet, this technology is poised to unlock smarter, safer, more sustainable and productive construction sites.

Bibhrajit Halder, founder and CEO of SafeAI, says: “At SafeAI, we’re committed to making heavy industry safer and more productive for companies around the world. In partnership with Obayashi, and through the joint demonstration of an autonomous construction vehicle in Japan, we are making major strides towards achieving that goal.

“From here, we are focused on securing autonomous vehicle buy-in from the government/industry organizations and executing a ramp up plan for the construction industry that starts in Japan and expands globally from there.”

Following the successful completion of ground breaking demos, SafeAI will continue to work with the government and industry consortium groups to review findings and evaluate regulatory changes around autonomous construction.

Shinya Sugiura at Obayashi, says: “We firmly believe the future of the construction industry is dependent on off-road autonomy and we’re committed to bringing this technology to Japan where it will have a massive impact on safety, sustainability, and productivity by partnering with SafeAI.

“The Japanese construction market poses a great opportunity for autonomous technology and the recent demos that were conducted in Japan not only confirm the functionality of the system we built, but have showcased the global viability and impact of autonomous construction projects.”

Obayashi is a recipient of the special award in pioneering activity category of the 5th JAPAN Construction International Award sponsored by the Ministry of Land, Infrastructure, Transport and Tourism, which cements the company as a leader in the Japanese construction industry and recognizes SafeAI’s joint development of this cutting edge system.

SafeAI’s autonomous solution is powered by industry-specific AI technology and utilizes onboard processing power to enable real-time decision making. From using the latest multimodal sensors (LiDAR, radar, camera) to detect surroundings, to perception-based localization with GNSS, SafeAI leverages the most advanced technologies on the market to bring more effective, efficient and scalable autonomy to heavy industry.

Additionally, the company uses a retrofit model to empower companies to upgrade existing equipment, regardless of manufacturer or vehicle type, instead of limiting companies to purchasing new, manufacturer-built autonomous vehicles, which is costly and more difficult to scale.