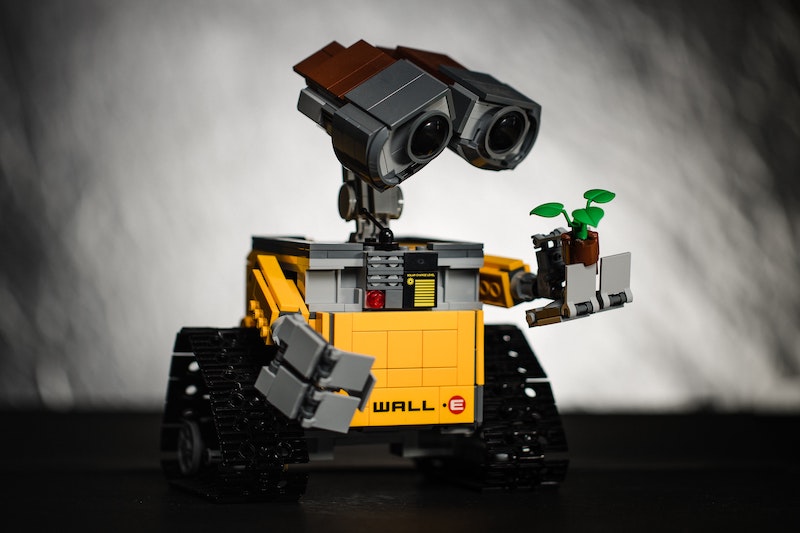 Communication with pets helps reduce stress levels, distracts from troubles and reduces anxiety. There is even a method of treatment – pet therapy. Four-legged pets make a person move more and expand their social circle – after all, pet lovers will always find common topics for conversation.

Communication with animals is especially useful for older people with Alzheimer’s disease or dementia, for children with mental disorders and for patients who are in the hospital for a long time. Pets save them from loneliness, help overcome depression, reduce anxiety and irritability.

But sick people can’t always get a cat or a dog – they can’t take care of them, and nursing home residents and hospital patients aren’t allowed to keep animals. It’s for such people that they made companion robots.

New Zealand scientists have found that communicating with electronic pets is just as beneficial as communicating with real animals. Robots won’t be a full-fledged replacement for live cats or puppies, but for sick people they can be the best option: artificial animals don’t cause allergies, don’t need expensive feed or regular walking.

Of course, there is an option to learn more about a particular real animal and if it causes allergies or has some active signs of any disease. A dna test for cats is perfect for identifying potential genetic diseases and determining if this animal can live with a sick person.

What are robotic animals?

These are electronic toys with artificial intelligence that imitate the appearance and habits of real and fictional animals. They have built-in sensors, microphones, motors and processors that process incoming signals. You probably have seen robots from Boston Dynamics, but they aren’t the only ones. Special applications for smartphones are used for configuration and control.

Different manufacturers use their own approaches to the production of animal robots. Let’s take a look at the most interesting ones.

JOY FOR ALL Companion Pets from Hasbro

These are realistic cat and dog robots designed by Hasbro specifically for people with Alzheimer’s disease.

Joy for All cats are covered with soft, long-haired synthetic fur. They don’t walk, but they look and behave like real animals: they open their mouths, move their heads and bodies, blink, purr and meow. Robots wash themselves with their paws, and when they are scratched, they roll onto their backs and expose their stomachs.

Robot puppies bark in response to human voices, poke their noses, respond to strokes and hugs. When they are picked up, their “heartbeat” quickens.

And when it gets dark in the room, the animal robots fall asleep.

The robots’ bodies are equipped with touch and light sensors. The toys produce realistic barks and meows thanks to recordings of the voices of real animals.

People with mental problems perceive them better than real cats and dogs: artificial animals are always ready for affection, their behavior is predictable, they don’t get angry, don’t scratch, don’t bite and don’t need care.

Since 2017, scientists from Brown University have been working with Hasbro robotic animals. They are developing software for toys that will make them effective helpers for the elderly. Robotic cats and dogs will help the elderly in solving complex problems, for example, they will help them find keys and glasses, remind them to take medicines, about important things and events.

Tombot created a realistic robot companion named Jenny, developed to help the elderly with dementia, hospital patients, autistic children. The robot is made in the form of a lying golden Labrador puppy, which can be put on your knees or on the armrest of the chair. According to the founder of Tombot Tom Stevens, the dog was deliberately not made mobile so that it wouldn’t rush under the feet of older people.

Jenny feels human touch, hears commands and reacts accordingly. When the dog is gently stroked, it turns its head, and if stroked more actively, it begins to wag its tail.

The toy performs commands, such as the “voice” command (Speak!). It can whine, squeal and howl. When left alone, it falls asleep and snores softly.

The puppy robot is equipped with built-in microphones, and there are 50 sensors under the synthetic fur. It has 10 built-in motors that control movement. Seven of them are located on the muzzle and allow the toy to move its ears, eyebrows and nose, just like a real dog does.

The creators of Jenny tried to make it as realistic as possible, but at the same time avoid the effect of an uncanny valley.

A smartphone app has been developed for Jenny. With it, you can give the robot puppy a new name, configure functions, and receive software updates.

PARO is the “most healing robot” according to the Guinness Book of Records. Created in a form of a seal, it induces relaxation and positive emotions. in patients in hospitals and nursing homes.

PARO is a fluffy, pleasant to the touch creature. It’s equipped with two 32-bit processors, microphones, touch whiskers and tactile sensors covering the skin. The limbs and body of the robot are moved by a system of motors.

When communicating with people, the robot behaves like a real seal: it moves its paws, turns its head and makes believable seal sounds. PARO recognizes its name, greeting or praise, turns its head in the direction of the sound, remembers who treats it and how.

If you stroke or scratch it like a cat or a dog, it’ll give a joyful exclamation, showing that it’s pleased. Funny moment: the PARO charger is made in the form of a pacifier, and when it’s taken out of the mouth, the baby seal squeaks in annoyance.

PARO has the ability to learn and its character depends on how it’s handled. It can show surprise, happiness and anger. And if the baby seal isn’t given enough attention, it’ll cry.

aibo is a social robot puppy developed by Sony. This is one of the most complex home robots. It’s equipped with a video camera for recognizing surrounding objects, sensors for temperature, distance, vibration, light, sensors on the head and back. Inside the puppy, there’s a 64-bit processor that processes the received data. Thanks to the drive system, its body can move along 22 axes. Two OLED screens are used as eyes.

The character of the puppy is formed thanks to machine learning technologies. Cloud technology AI Cloud Plan allows aibo to remember everything that happens in its life, and digital intelligence forms a response. Photos and other data from the puppy’s memory can always be viewed.

aibo can walk, navigate, play with toys, communicate with owners, bark at strangers, meet other people, charge itself, fall asleep and wake up after sleep. The puppy likes to be stroked on the back or muzzle. It can depict happiness, sadness, fear, dislike, surprise and other emotions.

Robot Puppy is constantly learning and evolving. It adapts to the environment and its owner, remembers their preferences. aibo can also be customized using dedicated software from Sony.

The robot even has a patrol function – at a certain time, the puppy runs along a predetermined route and sends the owner a photo of the objects it has met and the people it has seen. The creators of aibo warn that this isn’t a security system, but just an entertainment feature.

More and more people are using animal robots for communication and therapy. They are purchased for children and elderly relatives, they are bought by those who cannot keep live pets at home.

Electronic pets are actively used in kindergartens, hospitals and nursing homes in Japan, where the aging population is growing at a rapid pace. Although the problem of aging isn’t so acute in Europe and the USA, they are also accelerating the development and implementation of assistive robots.