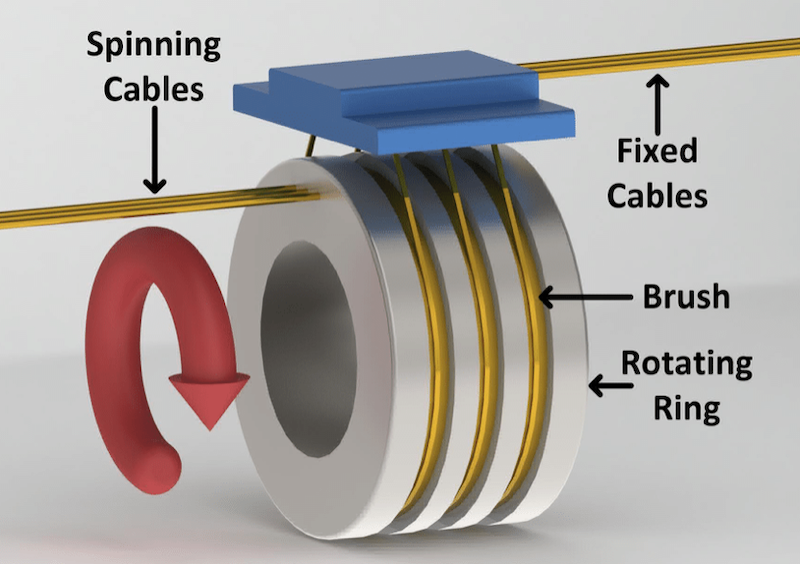 Robotics and automation are increasing in popularity. With the latest tech that supports software that’s easy to build, deploy, and manage, the second part of getting the job done is to build the actual hardware.

One of the important issues of wire winding is solved with the help of slip rings, but there’s so much more to what slip rings are capable of and how they can help modern robotics and automation.

So in this post, you’ll learn everything about slip rings you might not know by now, but also how important they are and how they fit well in the robotics and automation industry.

What are Slip Rings and How do they Work

Slip ring is a small device that consists of only a couple of components where two of the main components include a case (the ring) and the brushes (wipers) which are placed on the inside of the slip ring. 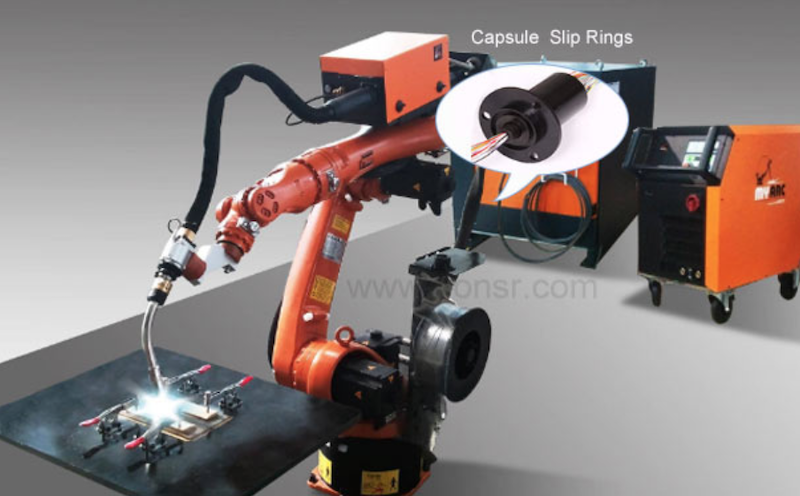 They were initially designed to help solve the problem of wire winding in devices and machines that have a rotary aspect to it.

Therefore, slip rings connect the stationary and rotary parts together, while eliminating any error, or hazard to the wiring, and yet allow undisturbed connection at all times.

Depending on the type or use of a slip ring, either the ring or the brushes rotate, where they brush against each other, ensuring a good contact point at all times, without having to worry about the wires in the trickiest areas of machines – which are the joints.

And with so many different types, slip rings are also used to add resistance to motors, control the speed of rotation in certain devices, and much more.

How are Slip Rings Used in Robotics and Automation

The biggest benefit of slip rings in robotics and automation is the transmission of electrical signals and power between a stationary part of a device to a rotary part of the same device.

In robotics and automation, almost all machines get their agility from joints where stationary and rotary parts connect to provide versatile use of a robotic arm, for example.

Therefore, slip rings help eliminate hazardous wires hanging from the joints, while allowing an ideal contact that won’t ever affect the machine or lead to a downtime of the machine.

So with the help of slip rings, machines and devices in the robotics and automation industry get unrestrained rotation that’s also continuous even when transmitting power or data.

On top of that, with various slip ring types, robotics and automation might take advantage of slip rings to transmit coolant or fluid required for the operation of the rotating parts of a machine.

One of the most known slip ring types is a hydraulic slip ring which does the same job, yet it can also transmit fluid through it from a rotating to a stationary part of a machine without error. 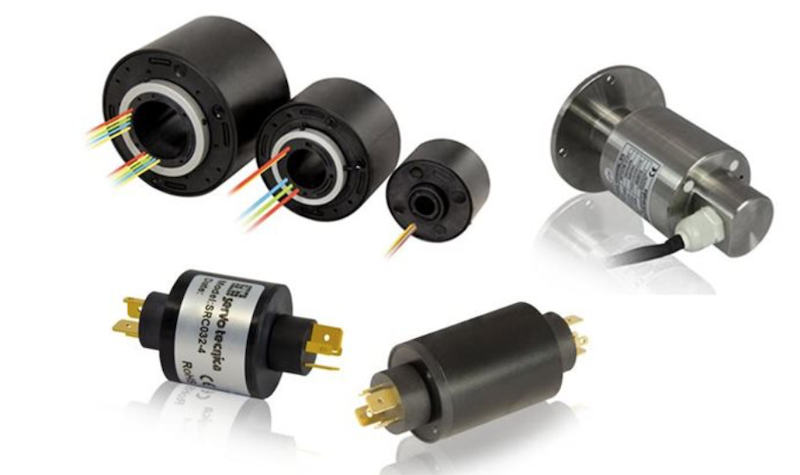 Slip rings come in different types and sizes so they can fit many different needs, fulfill various purposes, and fit as many devices and machines as possible.

Some of the most common slip ring types include:

There are also many other subtypes of slip rings and they also come in various sizes too.

Moflon creates some of the most trusted slip rings in the industry that fit the standard and yet can be used for aviation, medical imaging equipment, radars, monitoring, robots, wind turbines, and even aerospace use, besides other possibilities.

And on top of that, Moflon also produces custom slip ring solutions upon request so they can fit all types of projects, machines, and devices to fulfill its purpose and meet the company’s needs.

There are even slip rings designed for welding robots that can include high amperage and transmit all power elements to support the welding process.

Slip rings are being used in many more machines and devices than we can imagine and even though they’re small devices, they have a very important role. 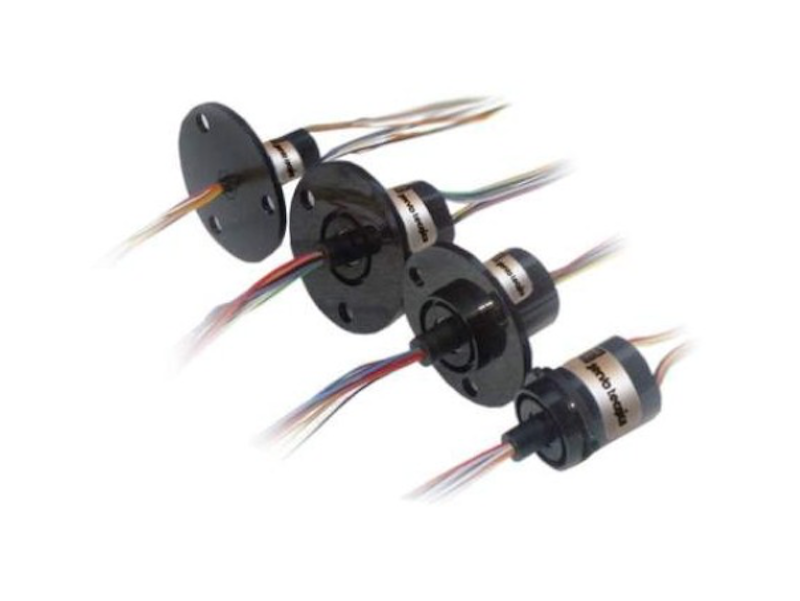 How Would Robotics and Automation Function Without Slip Rings

If there were no slip rings, any device or machine produced by the robotics and automation industry would have at least a couple of issues that needed to be fixed.

One of the biggest problems would be the solution to wire winding. With almost every device having to rotate, move around, or reach for things, wires around the joints would be impossible since that would always leave to hazard and error.

Obviously, without slip rings, there would need to be another way or a device that will remove the wires from the joints, and allow transmission of power, electrical signal, data, or even fluids.

Therefore, there would basically have to be an exact replacement for a slip ring, since there aren’t many ways around connecting rotary and stationary parts of a machine while providing all the benefits and advantages by the implementation of one small device.

But without such a solution, the robotics and automation industry would be hardly functional since hazards around the wiring would be causing a lot of downtime for the machines which is something that should be avoided at every cost.

With so many versions and types of slip rings combined with their excellent problem-solving ability and plenty of benefits it introduces, slip rings are a major part of every robotics and automation device and machine.

Even though not many people know of slip rings, they play an important role and without them, it would be hard to find a good replacement.

So most often slip rings are overlooked, but with quality production, these slip rings are changing the way machines and devices are made in the modern world we live in.