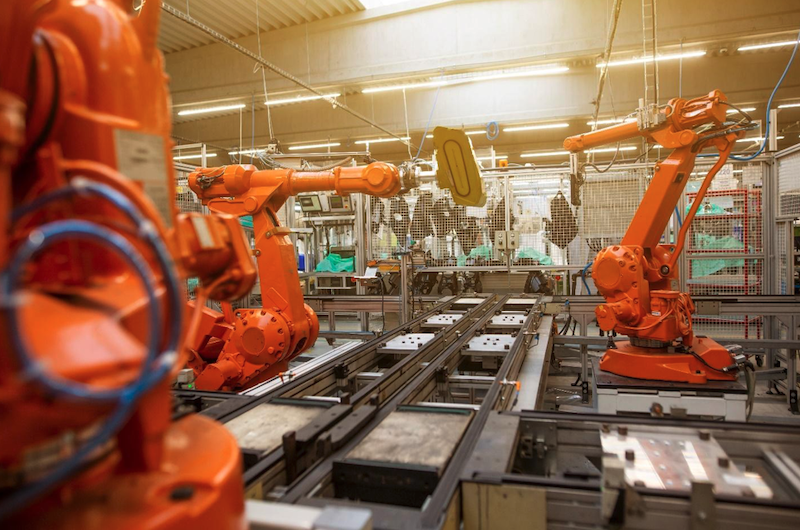 A research study released by Strategic Exits Partners, a boutique investment bank specializing in the sale of technology companies, found that although America has lagged behind Asia in design and production of manufacturing robots, it is now positioned to catch up and lead in a new global robotics race.

The study analyzed the last five years of transactions including 300 exits, and 5,000 investments into 3,000 global companies.

Len Zapalowski, partner, Strategic Exits Partners, says: “Our research found that despite America’s minor role in manufacturing robots, it is now making robot acquisitions at a rapid rate that exceeds its geopolitical rivals.

“And although America has not historically, on a systems level, been a leader in robotic technology, we concluded that America is buying its way into many robot categories.”

Analysis of the available data on global robotic acquisitions by industry, found that America is on par with Europe and Asia in the acquisition of technologies in industries such as manufacturing, and medical and healthcare.

However, the trends suggest it is outspending other regions in technologies such as transportation (autonomous guided vehicles or autonomously guided robots used in logistics, agriculture and consumer applications), integrators (service companies that implement solutions), and workplace robots (collaborative robots that help people clean, serve food or in retail).

The study concluded that if America is focusing on service robots in these industries, and the largest robot manufacturing density is in Asia (robot density measured by the number of robots per population, a key indicator of the level of automation a society has achieved), then it will continue to import manufacturing robots in the assembly of these service robots from Japan and Europe.

The service robots, made in America, will assist Americans with everyday life, which will in turn provide export opportunities of novel robots for American companies.

The study also concluded that the US manufacturing robot density will increase, as robot adoption is still in its infancy, and the service robots can be made as easily in America as overseas.

Zapalowski says: “Korea currently has a 3.5x greater robot density than America. However, robots cost more or less the same anywhere, so the manufacturing base will return to America in the form of robots and advanced automation.

“However, this boom in service robots is not expected to result in a commensurate job increase for the human workforce.”

The research also examined global robotic acquisitions by robot form, revealing a trend on the future of automation and robotics.

“The significance of this finding is that there is vigorous demand for robots that are mobile, and this is expected to increase over the decade.

“The next wave of innovation will be all about what these robots can perform on mobile or stationary platforms. Robot dexterity and intelligence is becoming increasingly relevant around the globe.”

The overall finding of the proprietary research conducted by Strategic Exits Partners was that America is well positioned in the global robotics race, but the stakes have been moved.

No longer is the race to produce traditional manufacturing robots, but rather for mobile or stationary, service robots. Through acquisitions, America is gaining the intellectual property to maintain a dominant position.