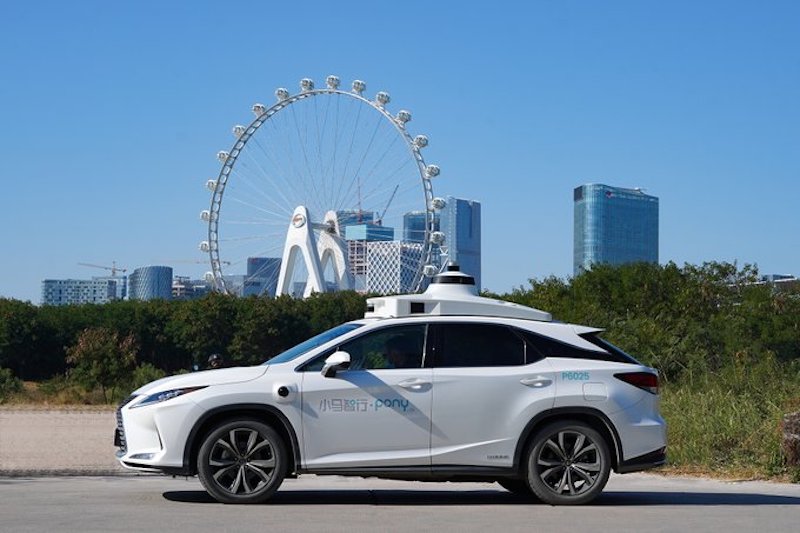 The ADC, along with Pony.ai’s autonomous driving software and hardware, enables vehicles to intelligently and comfortably maneuver on busy city streets, highways, and expressways. This includes following traffic and merging during congestion; automatic lane-changing to follow navigation; and passing cars.

Pony.ai is one of the first in the AV industry to create a product portfolio featuring multiple configurations with one or more Nvidia Drive Orin processors and Nvidia Ampere architecture GPUs. This product range enables scalable deployment across self-driving trucks and robotaxis and accelerates Pony.ai’s vision of a robust, mass-production platform for AVs.

James Peng, co-founder and CEO of Pony.ai, says: “By co-developing a turnkey computing platform with Nvidia, Pony.ai has gained a deep understanding of the characteristics and advantages of Nvidia Drive to rapidly advance our time to market.

“The impressive real-time performance of Pony’s ADC enables a wide range of applications and deployment.”

“As a result, Pony.ai is in a position to create the future of driverless transport that is safer, more reliable and can improve over the lifetime of its robotaxi and robotruck fleets.”

Tiancheng Lou, co-founder and CTO of Pony.ai, says: “As our Nvidia-powered ADC is routinely tested and further integrated at Pony.ai, we’ve entered into a fast technical iteration phase to meet customer demand.

“We are delighted to begin mass production of our proprietary ADC soon – delivering to a wide range of autonomous driving customers.”

Pony.ai develops some of its core hardware in-house. This includes the heterogeneous computing unit based on the Nvidia chip, which was applied to PonyAlphaX, the company’s fifth-generation autonomous driving system. As of May 2022, Pony.ai has accumulated 13 million (8 million miles) real-world autonomous kilometers, including more than 200,000 driverless kilometers (124,000 miles).

The first model equipped with Pony.ai’s latest platform, the Toyota Sienna Autono-Maas (S-AM), a seven-seat hybrid electric platform for autonomous mobility, will start road tests in China this year and be deployed within Pony.ai’s public-facing robotaxi operations in the first half of 2023.