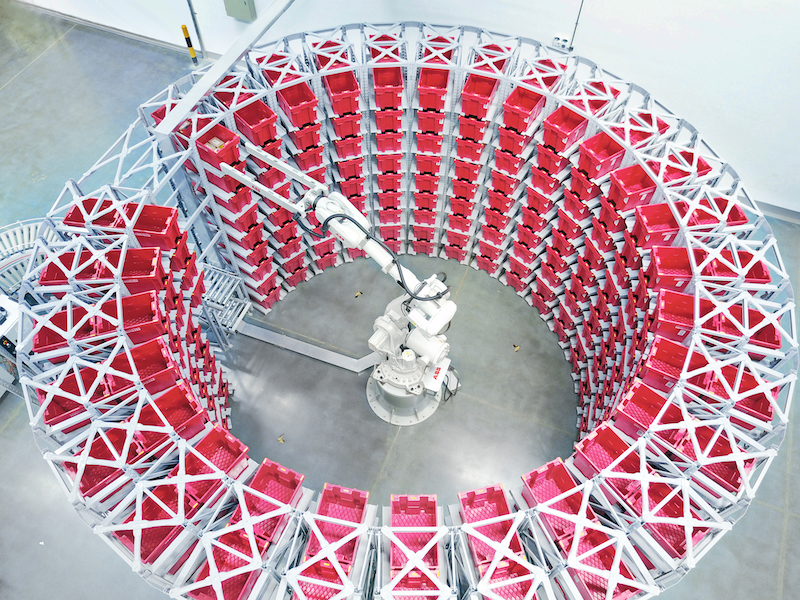 Some 70 percent of US businesses are looking to bring production closer to home, according to a survey by industrial automation giant ABB.

In response to the Covid-19 pandemic, geopolitical disputes, raw materials shortages and trade issues that have rocked global economies and supply chains, a majority of US-based companies are planning to relocate production closer to their facilities in America.

Surveying 1,610 executives in the US and Europe, ABB found that 70 percent of US businesses are planning changes in their operations, with 37 percent planning to bring production back home and 33 percent looking to nearshore and shift their operations to a closer location.

“While investment in automation plays a key role in flexibility in operations, equally important is investment in education, vocational training, and apprenticeship programs needed to create safer, higher-paying jobs for American workers.” 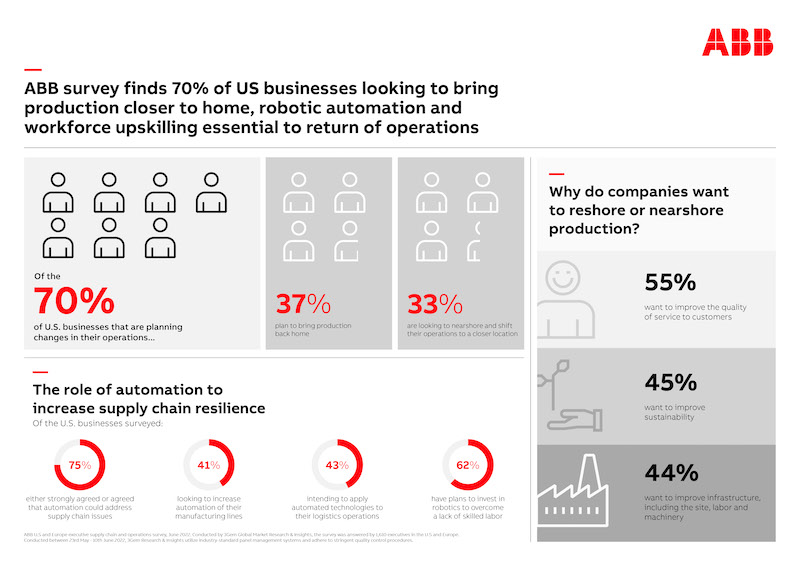 Atiya explained how the increasing need for flexibility and resilience in production is driving the interest in reshoring/nearshoring and, as a result, the demand for more automation.

He underscored the role of robotics in facilitating reshoring or nearshoring efforts, addressing supply chain concerns and maintaining global competitiveness for US businesses.

Once confined to the automotive industry, automation and robotics have significantly expanded across multiple industries and sectors across the United States, including logistics, food and beverage, retail, and healthcare.

American companies are increasingly turning to automation and robotics driven by the need for greater flexibility in operations, widespread labor shortages and an aging workforce.

According to the International Federation of Robotics, the increase in robot density per 10,000 workers in North America, jumped 28 percent in Q1 2022 compared to first quarter of 2021, the highest rate of growth since records have been kept.

While in one sector alone, the American Welding Society says the US will face a shortage of 400,00 welders by 2024.

Although there is a greater demand for robotics in the United States, ABB’s survey found that the rate of investment in automation remains higher in Europe, with 74 percent of European businesses indicating they will invest in robotics and automation in the next three years – compared to 62 percent in the US.

The role of automation and robotics in reshoring or nearshoring operations in the US also depends on bridging the skills gap in robotics education and better educating and upskilling workers.

“We are working with the US government to share ABB’s experience in the US and other countries where we operate on how we can accelerate robotics and automation education, vocational training, and apprenticeship programs needed to create safer, and higher-paying jobs for American workers.”

Atiya made a presentation at Select USA Tech: The Future of High-Tech Industries alongside other companies including Softbank Group International, GymPass and A-to-Be.

In addition to taking about automation and robotics and the growing move to bring production closer to home, Atiya also noted that the business-friendly environment and level of entrepreneurship in the United States fuels ABB’s own innovation and growth there.