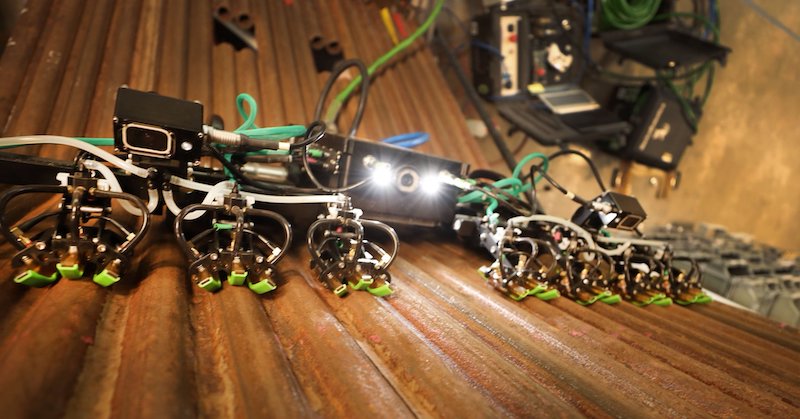 Gecko Robotics, a leader in robotics and industrial asset management software, has revealed details of its Series C funding round of $73 million, led by XN with participation from Founders Fund, XYZ, Drive Capital, Snowpoint Ventures, Joe Lonsdale, Mark Cuban, Gokul Rajaram, and others.

The company says this latest funding round accelerates Gecko’s stated mission, “To protect today’s critical infrastructure, and give form to tomorrow’s”.

Gecko’s robots capture data at previously unheard-of scale and fidelity, climbing pipelines, boilers, tanks, ship hulls, and much more in search of damage, no matter how subtle. Gecko’s software, in turn, enables human experts to contextualize that data and translate it into action.

As America’s infrastructure has aged, with some assets remaining in service decades longer than intended, the sector has been largely underserved by technological investment and innovation.

The consequences are often dire: workplace injuries, environmental disasters, and system failures. Gecko was founded on the belief that these assets, and the workers that maintain them, are worth protecting and strengthening.

Gecko’s platforms operate in some of the most dangerous and demanding environments, using data to maximize the contributions of human experts and simultaneously keeping them out of harm’s way.

Tim Brown, partner at XN and lead investor in the round, says: “Gecko’s unique combination of robotics and software radically improves the ability to inspect, protect, and efficiently maintain critical infrastructure.

“We are excited to partner with Jake and Troy as they extend Gecko’s powerful technology into new geographies and industries, helping customers collect and make sense of physical data to optimize the safety and performance of their assets.”

Trae Stephens, partner at Founders Fund, says: “Jake is incredibly passionate about industrial infrastructure – which is a weird thing to be passionate about – but it’s been incredible seeing that dedication and drive translate into Gecko’s growth.

“Rather than eliminating workers, Gecko’s technology minimizes danger by removing them from the most precarious maintenance tasks.”