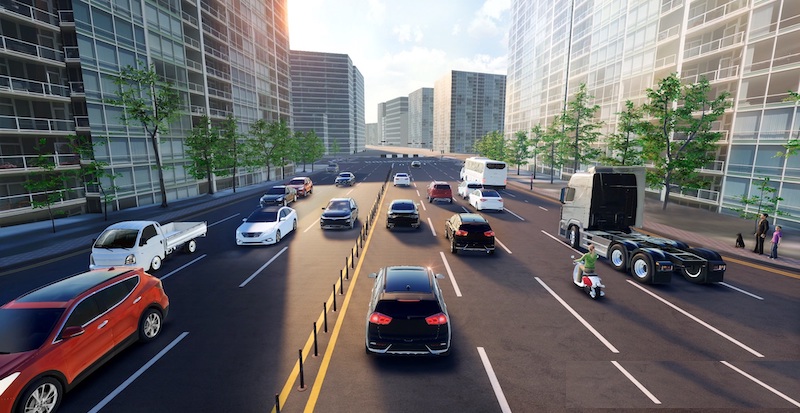 As a part of the region’s flagship tech event, Asia Tech x Singapore, CommunicAsia is Asia’s most established and relevant international industry event for the telecommunications sector, showcasing the latest ICT technologies.

This year, the event was held from June 1 to 3 at Singapore Expo and MORAI demonstrated its latest autonomous driving simulation technology.

MORAI’s data-driven simulation approach delivers value along each step of the autonomous vehicle development process, from the project inception stage to the testing and acceptance trial stage.

Jiwon Jung, CEO of MORAI, says: “At MORAI, we believe simulation is the best solution to achieve full autonomy and we strive to secure a safer and efficient way to validate autonomous driving systems.

“We are excited to showcase our latest innovation at CommunicAsia 2022, the premier ICT event in the region. We plan to leverage in-person engagement as an opportunity to foster global partnership and connect with leaders representing autonomous driving industry.”

MORAI was co-founded in 2018 by autonomous driving researchers from the Korea Advanced Institute of Science and Technology (KAIST). Ever since, the company has established itself as South Korea’s sole provider of full-stack autonomous vehicle simulation solutions.

At CES 2022, the company also unveiled a cloud-based autonomous vehicle simulation technology, which uses the cloud to build a myriad of simulation environments without hardware restrictions and enables simultaneous testing.

Having established its US office in the Bay Area in 2020, MORAI plans to further expand its global presence by establishing offices in Germany and Singapore. It provides products and solutions to a variety of customers, including South Korean conglomerate, local government authorities, universities, and other global simulation partners.

Some of MORAI’s prominent customers include Hyundai Mobis, Hyundai AutoEver, Naver Labs, and 42dot and research institution like KAIST and the Korea Transportation Safety Authority. It has also formed partnerships with various global players such as NVIDIA, Ansys, and dSPACE.