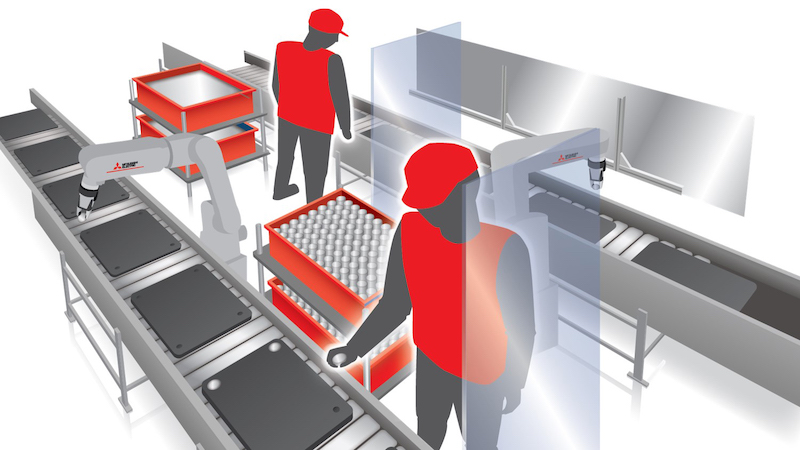 Realtime Robotics, a developer of autonomous motion planning for industrial robots, is collaborating with Mitsubishi Electric Automation, to speed up the programming and control of industrial robots with innovative motion control and collision avoidance software.

Using a touch screen, a user can tap to modify target allocation, add/remove existing, drag and drop targets to change their order.

A user can start, stop and reset all or individual robots without any reprogramming or motion plan validation.

Peter Howard, CEO at Realtime Robotics, says: “The time spent programming and re-programming industrial robots is typically recognized as a task that can capture far too much of an engineer’s time.

“We’re lucky to work with a partner such as Mitsubishi Electric that understands how improving this process can be a massive improvement for manufacturers.”

Patrick Varley, product marketing manager for mechatronics at Mitsubishi, says: “Realtime Robotics’ technology has the ability to speed deployment, operations and production for manufacturers, helping to improve their cost structures and time-to-market.

“It is through collaboration with the most innovative technology providers that we can truly be ‘better together.’”

In addition, at Automate 2022, Realtime Robotics announced the new version of its revolutionary RapidPlan motion planning software and that its executives are taking part in various speaking engagements at the event.