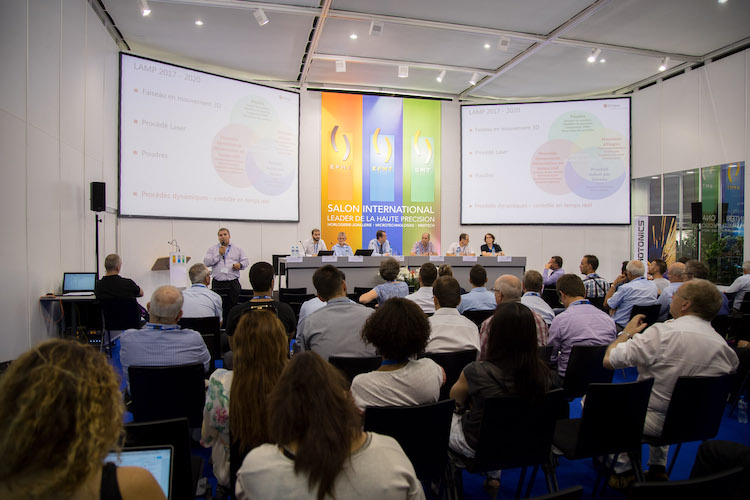 In September 2021, EPHJ was the first show to reopen in Switzerland after the health crisis. A daring risk welcomed by the high-precision players who attended and by the visitors whose quality and qualification were recognised by 98 percent of the exhibitors according to the satisfaction survey conducted at the end of this 2021 edition.

Only 8 months after the last edition, the 20th edition of the EPHJ is once again promising. The number of exhibiting companies has risen by 26 percent compared to September 2021 to reach 700 exhibitors to date.

The easing of international travel is confirmed with 15 countries represented among the exhibitors, including the United States, and a trend towards the first returns of foreign visitors is expected.

The majority of exhibitors remain Swiss with 22 cantons represented according to the following ranking for the five most important ones: Neuchâtel (24.6 percent of the Swiss contingent), Bern (19.9 percent), Jura (14.9 percent), Geneva (11.4 percent) and Vaud (10.6 percent).

Of this Swiss contingent, French-speaking Switzerland accounts for 64 percent of the exhibitors and 36 percent for the German and Ticino parts.

Twenty years after its debut in 2002 with 92 exhibitors in Lausanne, a quarter of whom have been present without interruption, EPHJ has averaged over 800 exhibitors and 20,000 Swiss and international visitors from the five continents over the past six years.

This growth has been based on five major principles:

Twenty years later, the heart of this 20th edition remains the professional environment of watchmaking and jewellery, upstream and downstream of the finished product.

Nevertheless, the trend towards medtech diversification is increasingly felt by exhibitors, nearly half of whom announced a diversification into this sector thanks to their mastery of very high precision techniques in a secure environment.

The professional environment of micro-technologies also remains a strong sector of the show with many companies, from start-ups to multinationals, presenting their latest machines or truly innovative processes.

One of the major concerns of the high-precision market is the difficulty of recruiting in an increasingly tight market where recruitment periods are getting longer.

Following a survey of exhibitors, it turns out that almost a third of them currently have open positions and are recruiting. This is a sign of the sector’s vitality but also a real constraint in attracting young people to technical and industrial professions.

EPHJ has therefore decided to devote the last day of the show to this theme in partnership with JobWatch, which will mobilise its large network of candidates around these job offers in order to organise a Job Dating session on 17 June.

Candidates, future graduates or future apprentices will therefore have the opportunity to meet company managers during this day which should be useful for growing companies.

Six years after the first survey, EPHJ once again questioned young Swiss people, via a national survey of 16-25 year-olds, to find out more about their aspirations, their relationships, their consumption and their perception of watches and their world.

The results show an interesting and challenging evolution in mores and habits in this area, with a change in their preferred brand. The full results will be unveiled on the first day of the Show in the presence of watch experts who will discuss them.

Other highlights will include the famous Round Tables, which will deal with hot topics in the industry each day, such as the need for greater clarity in the jungle of certifications and other ESG/RSE labels, innovation opportunities for high-precision, the current trend for Swiss watchmaking to develop essentially towards the top of the range, medtech prototyping and the shortage of industrial manpower.

The Exhibitors’ Grand Prix will, as usual, reward the best innovation of the year as voted by its peers from among all the technological advances that will be presented this year.

The winners of the Watch Medtech Challenge will also be revealed to highlight the links between watchmaking and medical technologies.