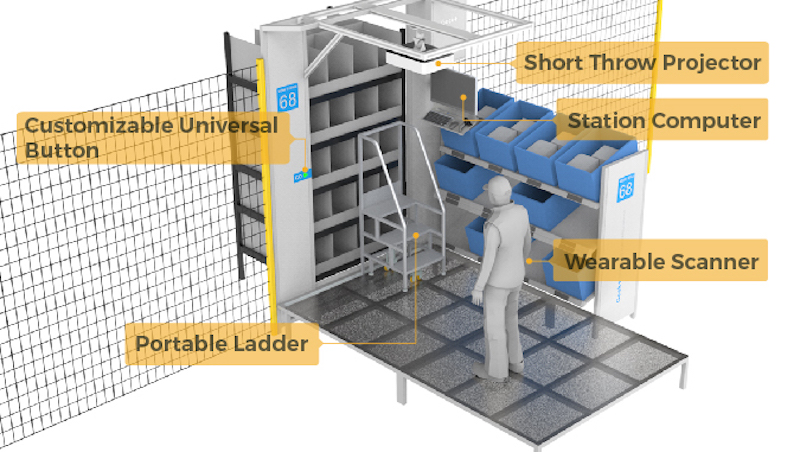 Kai Liu, Geek+ co-founder and head of smart warehouses, says: “We want to make picking operations safer and less strenuous for warehouse employees. Our robots are there to not only increase efficiency, but also to improve the working environment for operators.”

Geek+’s new picking station includes several improved elements: a wrist-worn scanner that eliminates the need for excess walking; a stepladder that locks in place, reducing the danger of falling; and a projector that instantly indicates where goods are to be placed and taken.

These key additions are linked to an integrated control box that contains all systems necessary for picking operations and coordination with Geek+ AMRs.

The projector is synchronized with the Geek+ picking system: After the AMR moves the shelf to the picking station, the projector indicates the target slot on the shelf, helping warehouse operators quickly locate the goods. 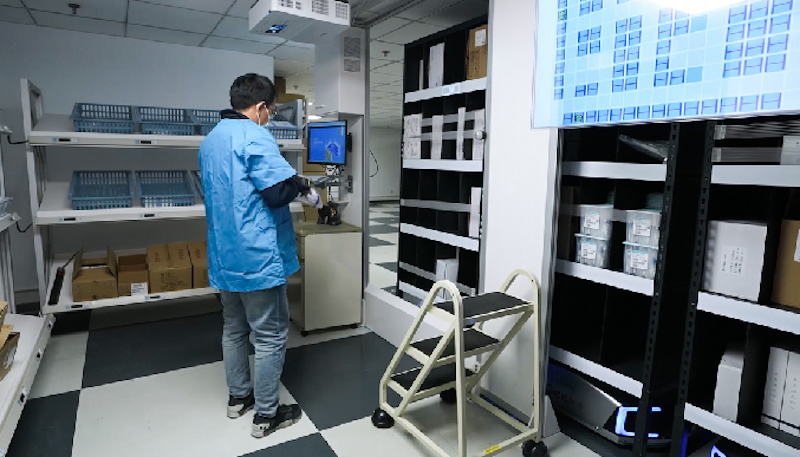 The stepladder is fitted with four omnidirectional wheels for ease and range of motion. To ensure the safety of the operator, once weight is placed on any step, four anti-slip pedals ensure the ladder does not move, drastically reducing the risk of falls.

The portable scanner, an industrial smart watch, allows the operator to scan goods quickly – literally with a flick of the wrist.

The advantages of this are especially notable during peak times, when orders are coming in quickly: The operator can more quickly allocate goods to orders and deal with the high flux and tempo.

The new picking station is compatible with Geek+’s flagship P-series robots. The materials are already available and can be ordered, distributed, and installed worldwide in any setting that makes use of Geek+’s award-winning picking solutions.