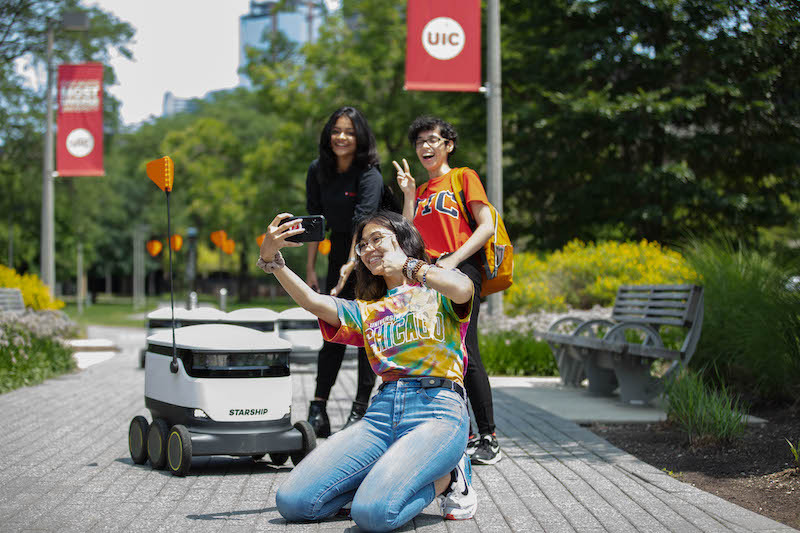 Delivery robots are becoming a popular feature on college campuses across the US and are one of the best and sometimes only options for contactless delivery. It turns out the delivery robots have had other positive impacts on campus.

Among the findings are:

Starship says that part of the reason that students feel such affinity for its robots is because “cuteness and convenience were always part of the design”.

The increased reliance on Starship delivery robots during the pandemic has had a positive impact that continues to move the industry forward at an accelerated pace.

Starship tripled its delivery service in 2021 and survey results show that the students like what they see:

Mason Frantz, a senior at Bowling Green State University, says: “I never really thought that robots would be part of my college life or that I would get to see them so closely.

“Now, I just think that it’s so cool and I’m also really glad that I can sleep in longer because the delivery comes to me when I want it.”

Starship has been providing autonomous, on-demand deliveries on college campuses since 2019.

Ryan Tuohy, SVP of business development and Sales at Starship Technologies, says: “We thought that college campuses would be a great setting for delivery robots but we had no idea they would be this successful.

“We feel fortunate that the students appreciate them so much and treat them as a valued member of the campus community.

“It’s also rewarding that they are not just making college students’ lives more convenient but that they are making many of them happier while doing it.”

The Starship Food Delivery app is available for download on iOS and Android. To get started, customers choose from a range of their favorite food or drink items, then drop a pin where they want their delivery to be sent.

Starship Technologies operates commercially on a daily basis around the world. Its zero-emission robots make more than 140,000 road crossings every day, have completed over 3 million autonomous commercial deliveries and travelled more than 4 million miles (6 million+ kms) globally, more than any other autonomous delivery provider.