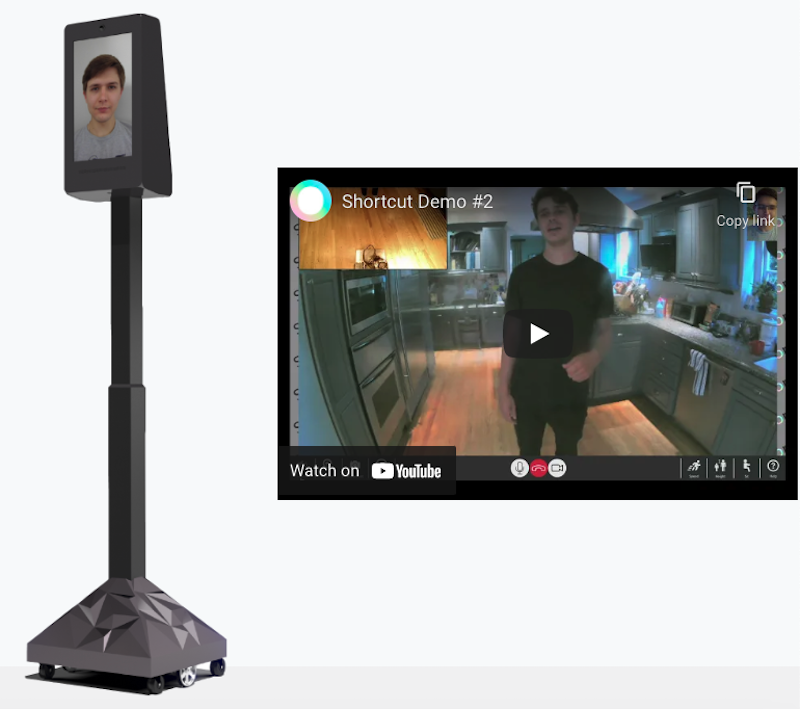 The beta tests will be conducted in two phases in order to make updates in between each phase.

The robot operates as a driveable video call, giving users the ability to maneuver around a remote environment and interact naturally with the people there.

The Shortcut robot replicates a user’s physical presence and will offer automatic height adjustment to let users feel like themselves while driving it.

Maxim Baranov, co-founder and CTO, Says: “We expect to receive valuable feedback from beta testing that will inform final design decisions as we move towards a full product launch.

“The beta testing phase is expected to run for approximately 50 days and be followed by deliveries to the first customers.”

Meanwhile, another, longer-established startup – Ava Robotics – says its telepresence robot has proved a success in one of its instllations.

During the event, the on-site Four Seasons account team was able to meet and connect with clients and prospects in a “face-to-face” experience using the robot and its Webex videoconferencing tool and autonomous movement functionality.