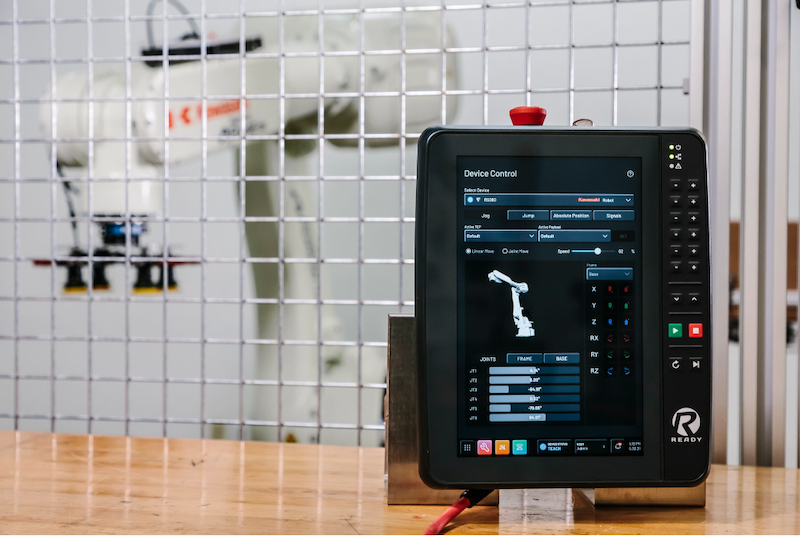 Kawasaki is a leading supplier of industrial robots and automation technology, with robot payloads ranging from 3 to 1,500 kg. With over 50 years of experience and thousands of robots installed worldwide, Kawasaki is an automation partner you can trust.

Ready supports Kawasaki’s R series robots, with capacities from 3 kg to 80 kg. Support for more models will be added in future updates. Forge/OS adds another level of ease-of-use to Kawasaki robots with a user interface that is simple to learn, program, and manage.

From large-scale enterprises to small and medium-size businesses, Ready and Kawasaki are helping companies increase output and reduce automation costs.

The combination of Forge/OS and Kawasaki robots helps simplify set up, programming and deployment of automation, mitigating common pain points for end users. 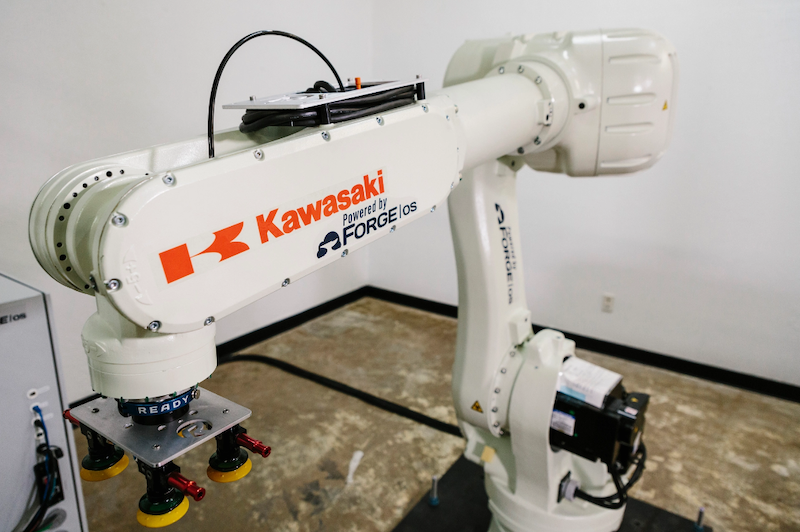 Kawasaki, known for precision and reliability, is working with Ready to validate the integration of products. Customers can expect a seamless union between hardware and software.

Forge/OS removes barriers of automation while bringing another level of ease-of-use to Kawasaki’s industrial robots.

As Ready continues to develop the partnership with Kawasaki, customers can expect support for more robot models and closer integration between products.