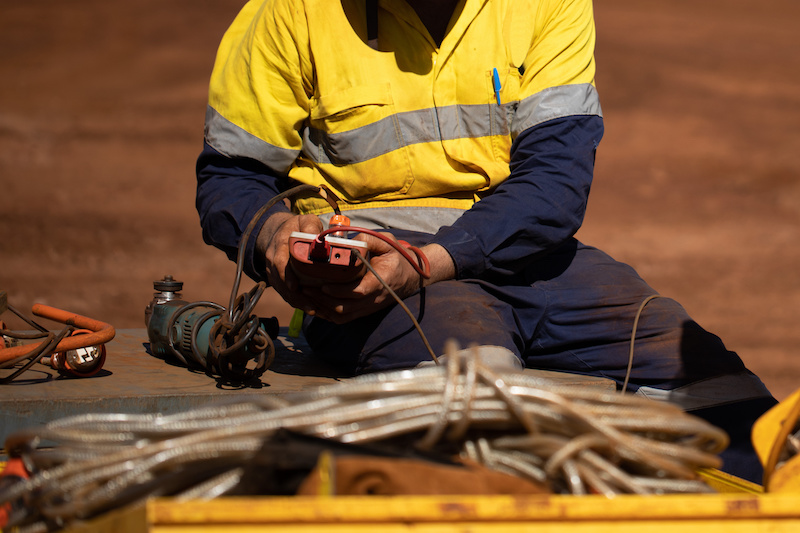 1. What is Conductivity for Metal?

Simply put, the conductivity of a metal is its ability to conduct and transmit electric current. This ability is enhanced by its symmetrical structure.

However, what conducts and transmits this electric current are the free electrons that move within the nodes of its symmetrical grid structures of atoms that exist internally.

An understanding of this workings is what non-destructive testing professionals use to detect anomalies in metals and ascertain specific metallic properties.

2. How to use Traditional Methods to Test Conductivity?

The test for the conductivity properties of a metallic material comes in different forms. Though many popular methods employed today have undergone modification and advancements over many years, it is still instructive to understand their working principle.

One such conductivity test method is the traditional technique. This method takes an eddy-current coil with an air core and measures the impedance using a frequency range of 0.1 – 20 kHz.

The eddy-current coil is energized using an alternating current to induce a magnetic field around the coil and then placed close to the test sample. Once the magnetic field penetrates the sample material to determine the conductivity, then it becomes possible.

A needle meter or an impedance 2D display interface is connected to the coil to measure the variation in the eddy-currents as the coil comes near the test sample.

Also, this method is used to determine the presence of defects like discontinuities and crack within the metallic material.

The electric conductivity meter is a very popular tool for testing the conductivity of metallic materials, both ferrous and non-ferrous metals.

It is especially popular for its ease of use and the speed of getting the test result which is often by simply reading it off the screen of the conductivity meter.

But the thing is this. You need to know how to use it first. The electric conductivity meter features a probe often detachable from the meter. Inside the probe are electrodes that pass current to the test material and pick up the electrical resistance of the sample.

To determine the conductivity of the test material, you place the probe on the material and release an alternating current from the meter to the test sample through the electrodes.

The probe then picks up the current resistance on the material and, using an inbuilt computational program, calculates the electric conductivity of the sample material.

This conductivity is especially useful for identifying flaws and other anomalies within the material that could affect the quality of the material.

In conclusion, both conventional methods and the advanced methods of conducting conductivity tests are beneficial for assessing the quality of metals.

However, technological advancement has made the conductivity meter faster and easier for us than the traditional method.

NDT-KITS is a foremost manufacturer and supplier of various types of Electrical Conductivity Meters with high accuracy and with varying options to suit your peculiar requirements.

With extensive experience in the industry, which has seen the supply of various innovative options of EC meters, NDT-KITS has the right solution for you.