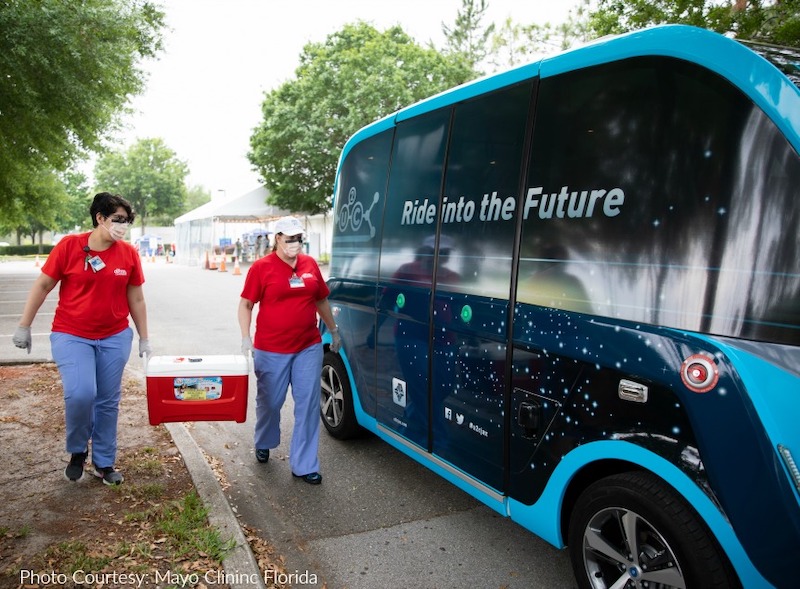 The Jacksonville Transportation Authority has selected the Balfour Beatty Vision 2 Reality Team and Beep, a developer of multi-passenger, electric, autonomous mobility solutions, to deliver Phase I of the Ultimate Urban Circulator project, the Bay Street Innovation Corridor in Downtown Jacksonville.

“We are proud to collaborate with the Balfour Beatty V2R Team and its consortium of world-class and leading firms like BJaceep.

“By leveraging, modernizing and expanding our existing Skyway APM system, and enhancing street level infrastructure, the U2C sets the bar for the rest of the nation.”

Joe Moye, CEO, Beep, says: “We are honored that the Jacksonville Transportation Authority has placed its trust in Beep and the V2R Team to deliver the nation’s largest-ever autonomous shuttle project to enhance mobility-for-all in the downtown area.

“Phase I of the U2C builds upon our successful partnership to safely test autonomous vehicles and build passenger and community trust in these transformative transportation solutions.

“We look forward to leveraging our experience as part of the National Highway Traffic Safety Administration’s AV test program to positively impact safety and sustainability with this strategic program.

“JTA’s U2C project will transform the City of Jacksonville and provide its residents with enhanced mobility options intended to activate the community and make transportation safer.”

“The U2C project will serve as the framework for many communities to follow. We are excited at the opportunity to partner with JTA to bring this vision to reality and establish the country’s first autonomous transportation network in the country.”

Beep’s partnership with the JTA began as the Authority launched its AV Test & Learn Program at its Armsdale Test & Learn Center. Since 2017, the JTA’s Automation & Innovation Division has tested seven autonomous vehicles and four autonomous vehicle platforms, and engaged with community partners, local schools, first responders, and disability advocates to ensure the U2C is safe, sustainable and accessible to all.

From April to June 2020, the JTA and Beep deployed a fleet of autonomous vehicles operating in Level 4 autonomy to support the Mayo Clinic’s Covid-19 testing efforts at its Jacksonville Campus.

Over the four-month period, autonomous vehicles safely transported more than 30,000 Covid-19 samples collected from a drive-thru testing site to the hospital’s laboratories for testing.

The Mayo Clinic project has since received national and international recognition from the American Public Transportation Association, and ITS World Congress.