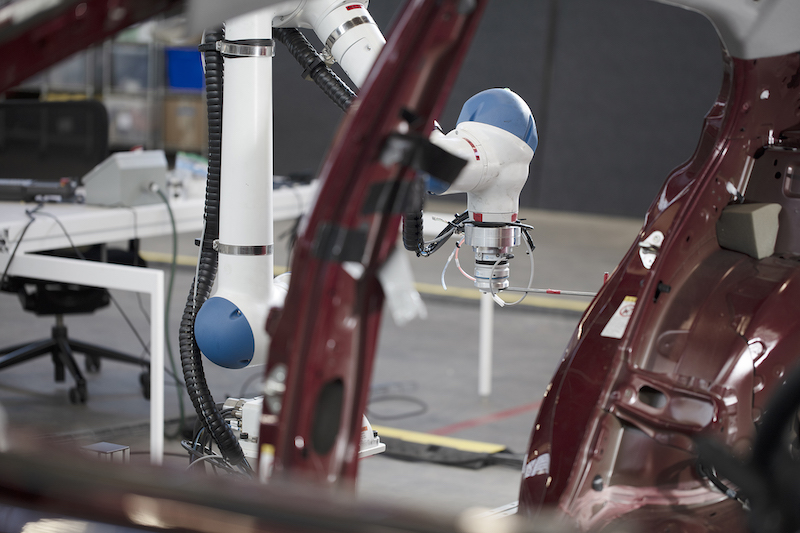 One application Toyota leverages is Symbio’s moving line technology where robotic assembly is done as vehicles are carried down an active production line in the plant. Symbio software is also used to perform tasks, such as wax application, without making stops.

Some research data shows the global electric vehicle market size is anticipated to grow from $287 billion in 2021 to $1,318 billion in 2028. Other findings say carmakers plan to spend an estimated $515 billion over the next five to 10 years to develop and build new battery-powered vehicles and shift away from combustion engines.

Ryan Kelly, manufacturing and supply chain technologist at the the Association for Manufacturing Technology, says: “Growth in the EV sector is forcing both traditional automakers and new electric vehicle companies like Tesla and others to find ways to ramp production faster.

“By working with technology partners like Symbio, OEMs are using better automation to redefine their manufacturing processes and gain production line efficiency, agility and quality.”

Renouli adds: “Toyota is preparing for future market needs as demand increases in the area of vehicle electrification. Partners like Symbio support Toyota’s goal of providing a diversified range of carbon-neutral options to meet current and future customer needs.”