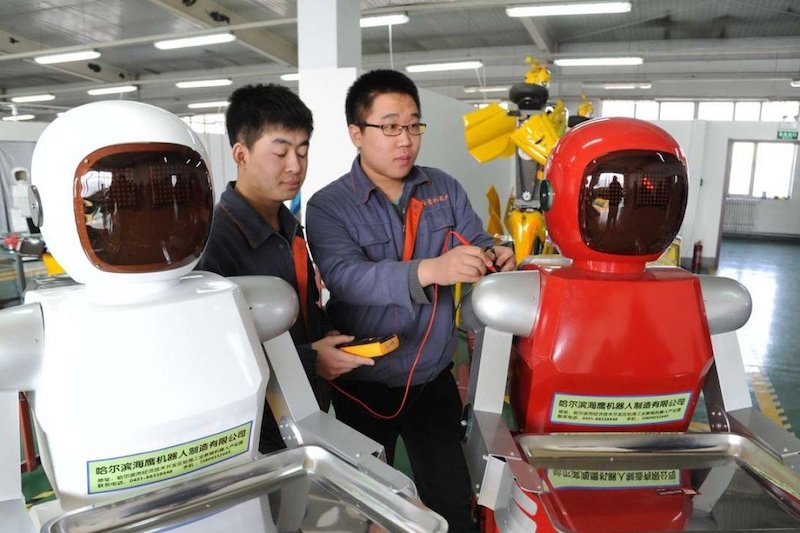 Milton Guerry, president of the International Federation of Robotics, says: “China is by far the biggest robot market in the world regarding annual sales and the operational stock. 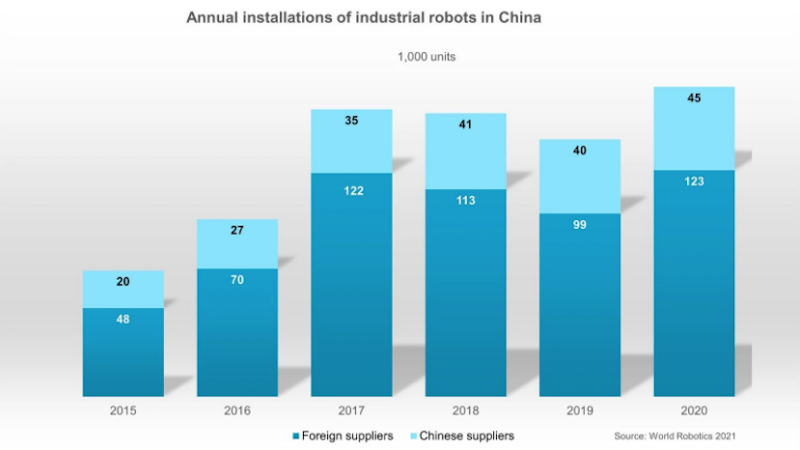 The automation race in China today is mainly catered by foreign robot manufacturers with a combined market share of 73 percent. With some volatility in the past eight years, this share has been constant.

In 2020, installations of robots from abroad – mainly imported from Japan, Korea and Europe – grew strongly by 24 percent to 123,030 units. This number also includes units produced in China by non-Chinese suppliers.

Chinese robot manufacturers mainly deliver to their domestic market, where they held a market share of 27 percent in 2020 with 45,347 units shipped.

“The plan has great guiding significance for promoting the high-quality development of China’s robotics industry during the 14th period. Robots are the key equipment of modern industry. The new five-year plan leads the digital development and intelligent upgrading in China and also helps to promote the global robot technology progress.”

Stock of operational robots in China