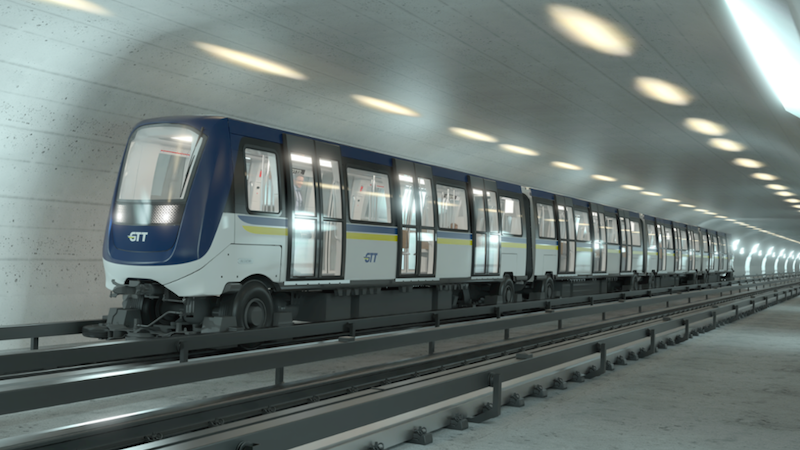 Alstom will oversee the development, delivery, installation, testing and commissioning of its CBTC solution to replace the current signalling system both on the existing line and aboard the trains of line 1 along the newly built extension, Fermi-Cascine Vica. The option also includes the introduction of the signalling system in the new depot under construction.

Michele Viale, president and CEO of Alstom Ferroviaria, says: “We are very proud of this agreement signed with Infra.To, which further confirms Alstom’s expertise in urban mobility. We are pleased to help give new impetus to local mobility in Turin with our new environmentally friendly Metropolis trains.

“The metros will also be equipped with Alstom’s innovative CBTC solution, which allows for fully automated operation, thus allowing higher capacity on all lines.”

Line 1 of the Turin Metro is currently 15.1 kilometres long. Upon completion of the section under construction, it will reach 18.5 kilometres. The Turin Metro represents a core element of the improvement program put in place by the City of Turin to upgrade public transport infrastructure.

The system connects Fermi (in Collegno) to Piazza Bengasi with the route passing through the heart of the city via the stations of Porta Nuova and Porta Susa.

The new Metropolis trains will have a total capacity of 320 passengers, who will benefit from greater comfort, as well as improved accessibility and passenger flow thanks to the presence of walkthrough gangways between carriages.

Passenger information will be enhanced by multimedia displays and screens. The metros will be equipped with dedicated areas for people with reduced mobility and an integrated video protection system will contribute to the safety of passengers on board.

With flexible configurations, Alstom’s Metropolis metro trains have served the different needs of customers worldwide for over 20 years.

CBTC is an automation system capable of carrying out remote operational functions, safely monitoring the train running by controlling the train traction and braking systems, to manage the circulation of the undergrounds automatically, with different levels of automation.

The solution for Turin’s Line 1 is based on the latest generation, fully driverless train-to train CBTC (GOA4). With over 30 years’ expertise in CBTC and over 160 metro lines equipped in over 25 countries, Alstom is regards itself a “global leader” in the mass transit market.