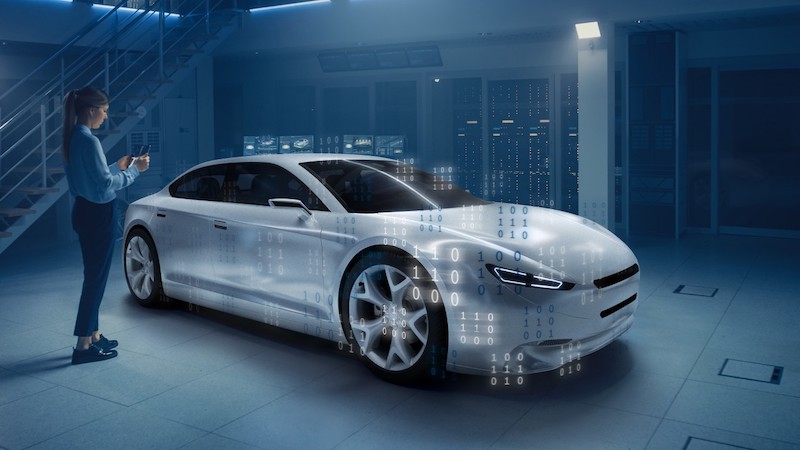 Tech giant Apple is developing chips for self-driving cars in partnership with a South Korean company, according to various media reports.

A website called The Elec, which seems to be a South Korean electronics industry association website, is believed to have broken the story.

In the article, Apple is reported to be “developing the chip modules and packages to be used in its so-called Apple Car with a South Korean outsourced semiconductor assembly and test company”.

The South Korean company in question remains unnamed, but the article mentions Samsung as being the supplier of similar systems to Tesla for the autopilot system in its electric vehicles, adding that Apple is “taking a similar route in its project”.

The Apple chip project is said to have started last year and is expected to be completed sometime next year.

The computing system Apple is developing is likely to integrate a neural processing unit, CPU, GPU, memory modules, and camera interfaces as well as some other functions.

For many years, various websites, including ours, have been reporting similar stories as though the Apple Car is a real project – that the tech giant does indeed intend to launch a car of its own.

This has not yet been formally and categorically confirmed by Apple and we could all be missing the point. Apple may never develop a car of its own. Instead, it may just be exploring new chip technologies.

Certainly Apple is not likely to actually manufacture cars itself. Almost all of Apple’s the machines and devices that are currently on the market – from its Mac desktop computers to its iPhone smartphones – are manufactured by companies like Foxconn.

And perhaps not entirely coincidentally, Foxconn is building a dedicated automotive assembly line in Thailand. According to The Elec, this is specifically for the Apple Car, which it adds will be launched in 2025.

While we’re not sure about this, it is entirely plausible that Apple is developing new types of chips and computing systems because the company has moved away from sourcing them from external companies like Taiwan Semiconductor Manufacturing Company, which was perhaps even more integral to Apple’s manufacturing ecosystem than Foxconn – until Apple started making chips of its own – the M1 Bionic being one of them. That chip can be found in its laptops, and will perhaps soon find its way into all Apple’s other devices.

But it still doesn’t mean Apple wants to build a car.

If it does want to build a car and is looking for a manufacturer, it may well choose a German manufacturer like BMW, with which it has had many discussions since the rumours of an Apple Car emerged almost a decade ago.

And, anyway, it would not be a surprise if Apple does indeed launch a car.

Many people – including Mercedes chairman Ola Källenius – have observed that cars will increasingly resemble “smartphones on wheels”. So why shouldn’t Apple get into the automotive market?

Car development gradually became more about computing and software development than hardware design at least a decade or two ago. But the next year or two may see cars become much more “software-defined” for the first time – in the way computers are.

In other words, you may buy a car which starts with a base level of computing ability and functionality. Then, over time, as you yourself add more software – apps, perhaps – and the company itself updates the operating system or whatever, the car will become “better” over time. Or at least have more software installed, theoretically improving it and giving it more functionality.

Imagine a basic car of the future to which you could add individual autonomous systems such as lane assist, cruise control, or parking assist – each as separate apps. (Here’s a more extensive list if you want to get your IDE out.)

Although that’s our own simplistic take on things, this is the kind of idea being articulated by Bosch, one of the world’s largest suppliers of advanced driver assistance systems and other automotive technologies.

We won’t go into detail about software-defined vehicles in this article now (we need to do a bit of reading first), but we’ll try and keep abreast of developments in this area because it’s growing fast and, as we are all aware by now, “Software is eating the world”, as Marc Andreesen famously said.

And we’ll leave you with the words of the Bosch chairman, Dr Stefan Hartung, who says: “The automotive and IT industries do not have to be competitors. More than ever, they will complement each other.”