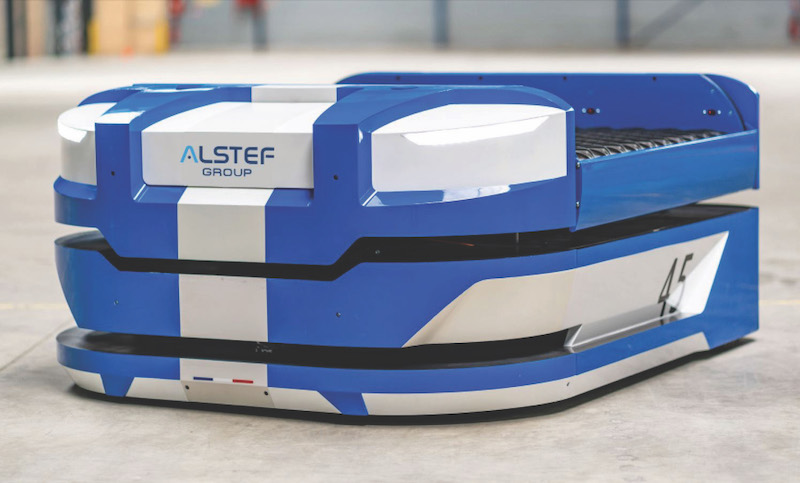 Alstef Group has been utilising the AirportLAB experimentation agreement with Rennes Bretagne Airport, in France, to test its automated guided vehicle.

Created by ProAvia, AirportLAB allows member companies to trial their innovations in a real airport context.

Within this framework, AlstefGroup registered one of its major innovations, BagXone, “the fastest AGV on the market”, dedicated to automated hold baggage handling in the terminal.

This agreement between Rennes Airport – whose two shareholders are the Ille-et-Vilaine Chamber of Commerce and Industry, and Vinci Airports – and Alstef Group has several phases.

The first phase was the operational testing of a BagXone in the baggage delivery room at the reclaim area. (See video below.) 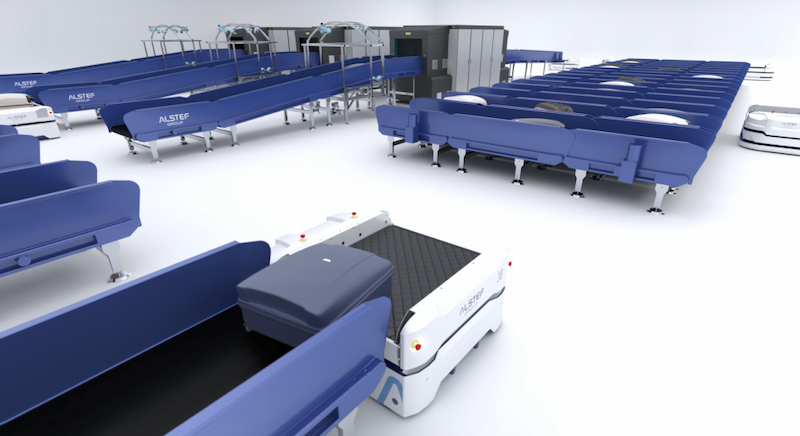 At the same time, a framework was set up to facilitate the exchange of technical information between the airport and Alstef Group’s Mordelles based AGV expertise center located a few kilometers from the airport.

At the beginning of 2022 the successful outcome of this first phase was shared with the airport management and all the teams involved, validating the continuation of the trial and progression to the final phase. Next comes the operational testing of the latest BagXone developments which will be deployed during the year.

As an extension of the trial, Alstef Group will implement the first operational installation of BagXone at Belgrade Airport, Serbia – also managed by Vinci Airports.

BagXone will be in operation at the airport by the end of 2022, and forms part of a broader baggage system upgrade contract signed at the end of last year with Vinci Constructions Grands Projets.

BagXone will perform the transfer of post-screening suspect baggage to the search room and then facilitate their return (after verification) to the final sorting area.

An operational BagXone will be presented on Alstef Group’s booth at the next Passenger Terminal Expo which will take place in Paris from June 15th to 17th 2022.