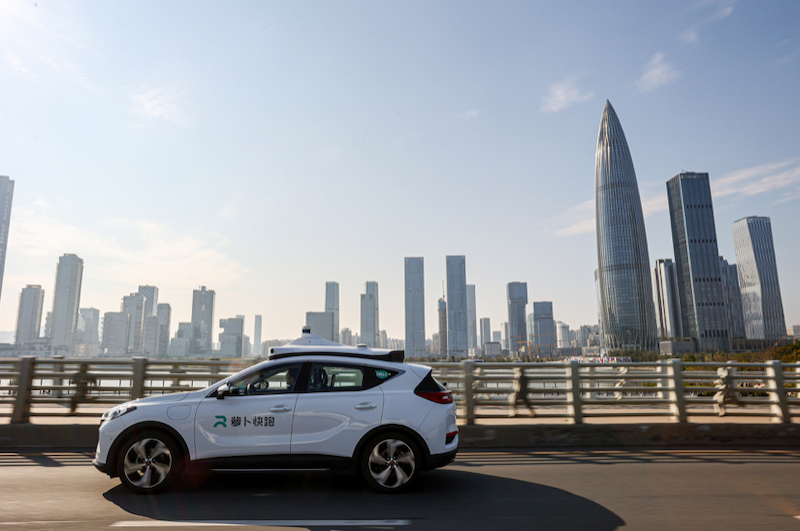 Shenzhen is the seventh city where Baidu has introduced its robotaxi ride services in China, following Beijing, Shanghai, Guangzhou, Chongqing, Changsha, and Cangzhou.

Shenzhen’s Nanshan District, home to top tech companies including Tencent and Huawei, is one of the most densely populated areas in south China.

The launch of Baidu’s robotaxi services is set to drive further developments in autonomous driving in Shenzhen and accelerate the development of local intelligent connected vehicles, underscoring Baidu’s continuous efforts and ambition to lead the transformation of intelligent transportation in China.

Users will be able to hail a robotaxi via the Apollo Go app at one of approximately 50 stations, with daily operating hours from 9 am to 5 pm.

The service area is set to expand to more than 300 stations by the end of 2022, meeting the ever-growing daily travel needs of Shenzhen residents.

As a hub of innovation for Shenzhen and the wider Guangdong-Hong Kong-Macao Greater Bay Area, Nanshan District has a favorable policy environment and a strong road network, providing optimal conditions for the rapid implementation of robotaxi services and the vigorous development of autonomous driving technology.

In addition, the manufacturing cost of Baidu’s latest robotaxi model Apollo Moon has been brought down to 480,000 RMB per unit, with the models currently being added to Apollo Go’s robotaxi service.

Baidu has set an ambitious goal to expand Apollo Go operations into 65 cities across China by 2025 and 100 cities by 2030. Baidu aims to continue its efforts to collaborate with more cities and expand the footprint of Apollo Go, providing safer and better autonomous car services to more and more users.