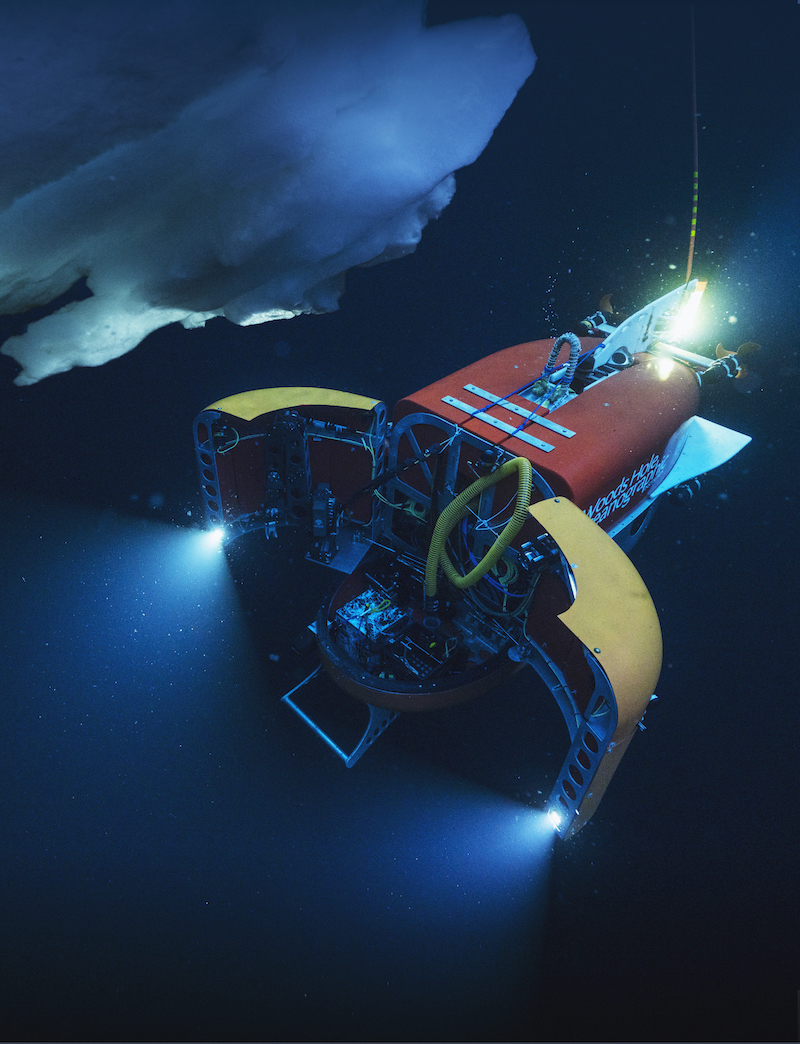 It’s the front line of climate change and could hold the key to predicting global sea level rise, but what goes on at the underwater face of Greenland’s glaciers is a mystery to science.

That could change in 2023 with a bold new mission led by researchers at the University of Texas at Austin that will explore three of Greenland’s glaciers with a submersible robot.

The voyage will be the first time Greenland’s glaciers – which make up the world’s second-largest ice sheet – will be seen up close underwater.

Engineered to survive ice-covered seas by project partner the Woods Hole Oceanographic Institution (WHOI), the remotely operated vehicle Nereid Under Ice (NUI) will brave icebergs and riptides to approach within feet of the glaciers and return with data and samples from their underwater environment.

The scientists’ primary focus is not glacial ice, but the natural sand walls – or moraines – that buttress the glaciers and are thought to naturally, but precariously, stabilize the ice sheet.

What they learn will reveal what’s shoring up glaciers across the entire Greenland ice sheet, which could lead to more accurate model projections for future sea level rise.

Ginny Catania, a professor at UT’s Jackson School of Geosciences who is leading the voyage, says: “The big uncertainty in Greenland’s contribution to sea level rise is how fast the ice sheet is going to lose mass.

“We know how much sea level is stored in the ice sheet, we know climate is warming and changing the ice sheet, but what we don’t know is the rate at which these glaciers will contribute to sea level rise.”

The project is funded by the W.M. Keck Foundation, one of the nation’s largest philanthropic organizations, which supports outstanding science, engineering and medical research.

The mission will investigate three glaciers in western Greenland that lie in the path of warming Atlantic waters but have responded to climate change in different ways.

Catania says: “They provide a nice test case for ideas about what’s building the moraines and how those processes may vary between location.”

The information could also be crucial for future geoengineering projects. Some scientists have suggested building artificial moraines as a way of buying time while the world transitions to low-carbon energy sources.

NUI will make its way underwater to each glacier’s face, mapping the seafloor topography as it goes. Once it is at its target site, operators aboard a nearby support ship will remotely guide the robot’s manipulator arm to retrieve sediment cores from the glacier’s moraines.

The vehicle will also gather samples from the massive sediment plumes jetting from under the glaciers.

According to project co-lead Mike Jakuba, a senior engineer at WHOI, the robot was engineered with layers of built-in redundancy, including multiple thrusters, battery packs and navigation systems to allow it to operate in difficult conditions far from its support ship.

Its primary communication link is a 10-mile-long, hair-thin optic fiber connecting NUI to its support ship, allowing operators to control its cameras and arm.

The robot can still be piloted using underwater acoustics if the fiber breaks and automatically returns to a pickup point if all communication fails.

Jakuba says the mission will help scientists understand the critical link between the world’s oceans and ice sheets. “With NUI, the vision from the beginning was to provide a system that would project human presence into environments like this that demand greater access if we’re going to get a better handle on how the planet is changing.”

Demian Saffer, director of UTIG, says: “This is high-risk, high-reward science, but it’s exactly the kind of bold step needed to tackle the pressing and societally relevant questions about climate change and geohazards.

“If it succeeds, it could transform our understanding of sea level rise.

Main image: Nereid Under Ice (NUI) with its instrument bay doors open and ready to collect samples during a 2019 expedition in the Arctic Ocean. The UT Austin-led mission will rely on the vehicle’s ability to operate in the difficult conditions presented by the underwater environment Greenland’s large glaciers. Credit: Luis Lamar, courtesy of the Avatar Alliance Foundation.