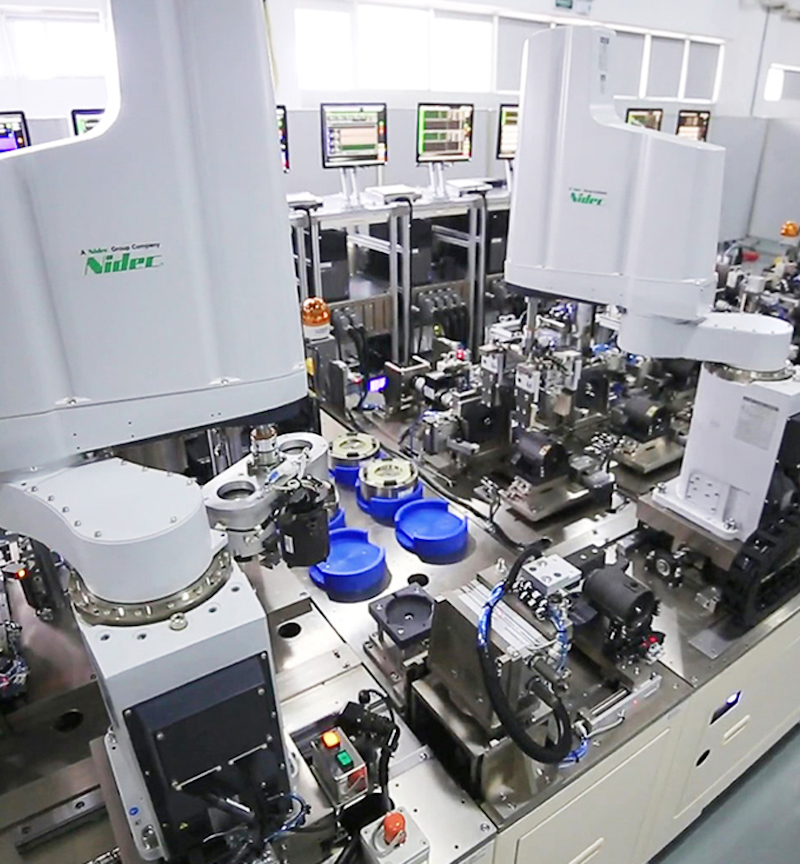 Nidec is set to enter the robotics market, according to a report on Nikkei.

Nidec is probably the world’s largest supplier of motors and drives, used in computer hard drives and all sorts of other devices. But it has so far, avoided entering the industrial robotics market in a big way.

Now, however, Nidec has reportedly “added robots to its core products along with electric vehicle motors”.

Nikkei cites two recent acquisitions as well as a comment made by the company’s founder and chairman, Shigenobu Nagamori, who said: “This is going to become a market worth tens of billions of dollars.”

Until the last couple of years, robots have been a very tiny part of Nidec’s operation. However, numerous acquisitions and expansions in the past two years would appear to indicate a diversification into new markets for Nidec.

Some of Nidec’s acquisitions already produce small robot arms that handle such things as LCD substrates and semiconductor wafers, so there may be an expansion into developing machine tending robots to work with the CNC machines.

A few other Nidec initiatives that Robotics and Automation News has reported on include the company’s partnership with exoskeleton maker German Bionic, and precision gearbox manufacturer Desch Antriebstechnik.

Although these appear to be in a different area altogether, Nikkei quotes Nagamori as saying that the two recent acquisitions give Nidec the capability to supply key robot components such as gears, transmissions and torque sensors.

Nidec has also invested heavily in partnerships and facilities aimed at building drives for electric vehicles.

This latest impetus for diversification at Nidec appears to be its loss of $88 million over the October-December 2021 period.