Distalmotion has raised $90 million in Series E financing to support the global commercialization of its surgical robot Dexter.

Revival Healthcare Capital led the round with participation from 415 Capital, as well as existing investors.

CE-marked Dexter shifts the paradigm of robotic surgery by bringing the surgeon back into the sterile field, allowing direct patient access at all times and integrating proven laparoscopic workflows into the robotic setup.

This novel, user-centric approach makes the surgeon the focal point of the procedure, reducing complexity and delivering sought-after simplicity and versatility to the market for robotic surgery. 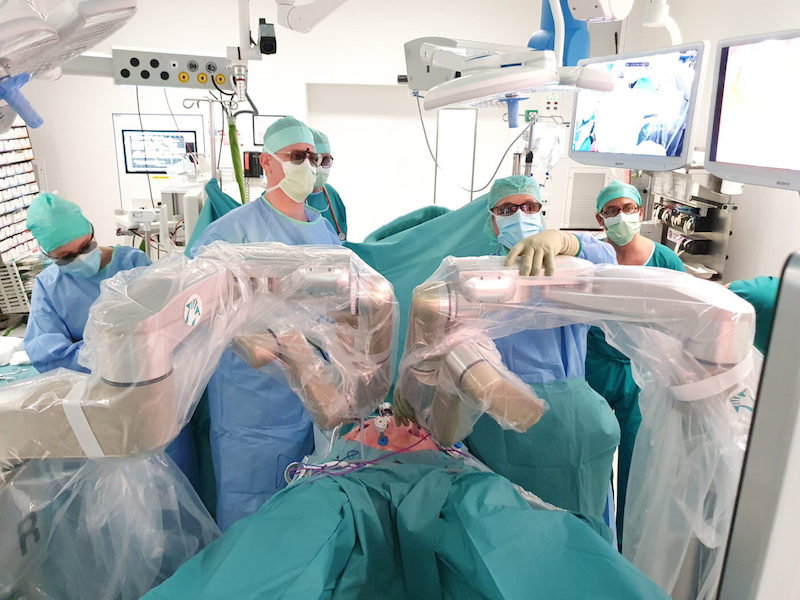 “By addressing essential problems that operating room teams face, we can deliver on our mission to fast-track widespread adoption of robotic surgery in minimally invasive care.

“We are thrilled to have found the best-fitting partners to execute and deliver on this global purpose.”

The investment follows the successful completion of Dexter’s first clinical cases and aims to accelerate the Swiss company’s commercial scaling.

Leading European hospitals are spearheading the development of procedure guidelines and training protocols for robotic surgery with Dexter as part of clinical studies and an Early Adopter Program.

The company will also work closely with the US Food and Drug Administration (FDA) on a US submission supported by the financing.

Professor Dieter Hahnloser, who heads colorectal surgery at Lausanne University Hospital and performed the worldwide first general surgery procedure with Dexter in 2021, says: “This is a fundamentally new approach to robotic surgery.

“Dexter’s open platform and the ability to switch quickly between standard laparoscopy and the robot give me an added sense of control and the freedom of choice to use the best instruments available for the job.

“To have these benefits while remaining sterile, with direct access to patient and robot, indicates Dexter can be a gamechanger in ORs around the world.”

In addition to financial backing, Revival will contribute hands-on leadership as the company gears up for growth: Revival chairman Rick Anderson will join the Distalmotion board as chairman, while president Lauren Forshey will join as an observer.

Rick Anderson, Revival chairman and incoming chairman of Distalmotion, says: “The market is overdue for a fundamentally new approach to robotic surgery, where the mindset needs to be about ‘the surgeon’s robot’, not molding ‘the robot’s surgeon’.

“Dexter is designed to work the way surgeons and OR teams work: patient focused and user-centric, providing necessary patient access and optimal tools for every step of the way.

“We are excited to deliver this powerful value proposition to surgeons, OR teams, and patients worldwide.”