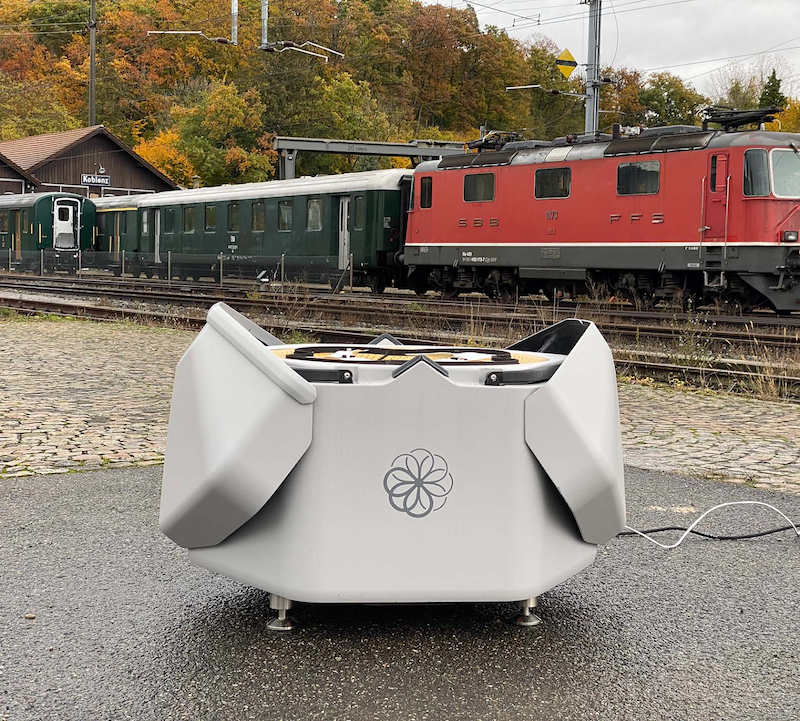 Sunflower Labs, a provider of autonomous security systems, has installed its Beehive System to its partners’ facilities.

The Sunflower Labs’ Beehive System is a drone-in-a-box solution that can enhance and extend any security or video surveillance system. The Beehive system consists of a fully autonomous drone called the Bee and a compact base station called the Hive.

The Hive rapidly recharges the Bee, houses the brains of the entire system, and processes and analyzes all incoming data using state-of-the-art machine learning and neural networks.

The Bee is a lightweight drone that features sophisticated technology for autonomous flight, high-quality video capture, reliable landing even in adverse weather conditions, and rapid recharging.

It autonomously plans a safe flight path around the pre-mapped property, detects unexpected obstacles (and reroutes to avoid collision), performs a “security sweep” of the property, and lands back in the Hive without requiring any manual drone operation.

Sunflower Labs was founded in 2016 and first announced its products at CES in 2020. The company provides next generation autonomous security for commercial and industrial sites, as well as residential properties, and is on a mission to radically advance the future of security.

Alex Pachikov, Chief Executive and Co-Founder, Sunflower Labs, says: “We are in the midst of a profound disruption of the security industry.

“Not only has it become impractical to provide in-person security, but it has also become very difficult to recruit personnel.

“As a result we are seeing numerous inbound requests from every sector in the industry who are looking to deploy our remote autonomous security system to address these challenges.

“We are happy to announce that we have shipped the Sunflower Labs Beehive system to a diverse set of industries, allowing them to deliver real-time observation across larger areas, at a fraction of the cost.”

“It can be very difficult to combat and we think the Sunflower system, coupled with our night watchman, can be a game-changer in our ability to combat the issue.”

Aleksej Tokarev, Chief Executive, Security Robotics, says: “Robots and drones will integrate more and more into our lives. We will soon treat them as we treat smartphones and cars today. They will be part of our life.”

Andreas Hoffmann, drone projects engineer, Schweizerische Bundesbahnen SBB, says: “The Sunflower Labs’ drone is the first of its kind that we are using at SBB and the latest addition to our growing number of drones.

“We are currently testing it as a mobile surveillance system over our own premises to prevent theft and trespassing, and we’re also looking to see if it might be beneficial for other use cases.”

Sunflower Labs is part of All Turtles, a product studio that supports and builds products that positively impact the culture of distributed work and life. Sunflower Labs has offices in San Carlos, California, and Zurich, Switzerland.