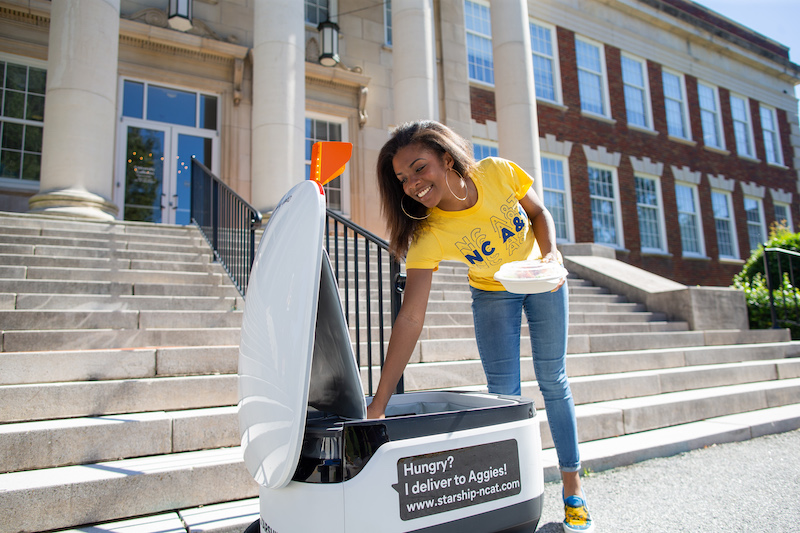 Starship Technologies, a maker of autonomous delivery robots, has agreed on a €50 million quasi-equity facility agreement with the European Investment Bank.

The lending arm of the European Union and one of the largest providers of climate finance, the EIB supports projects that promote the priorities and objectives of the EU.

This financing, which is supported by the European Fund for Strategic Investments, has been facilitated via a venture loan, and will be used for research and development, including the building of thousands more robots at Starship’s engineering and innovation facility in Tallinn.

Paolo Gentiloni, European commissioner for the economy, says: “This EIB funding for Starship is a great example of how the Investment Plan for Europe can boost innovation in Europe.

“The additional funding will benefit the development of the company’s autonomous delivery services, thereby further improving services for consumers and contributing to Europe’s ever-growing and vibrant research, technology and innovation ecosystem.”

Alastair Westgarth, CEO, Starship Technologies, says: “We’re proud of our European roots as well as the growing team there that remains a vital part of our operations.

“As the market leader in autonomous delivery we are constantly looking to innovate and find new ways to improve our service.

“This backing from the EIB will help enable us to continue to reshape last-mile delivery and bring the benefits of on demand delivery and convenience to millions more people.

“The additional engineering resources that we will hire in Europe will be another key component in making this possible.”

Thomas Östros, EIB vice-president, says: “Electric vehicles in all shapes and sizes will be part of our future, and can be a key part in the sustainable transport puzzle.

“Starship’s delivery robots are already proving their worth, and we are glad to support the company so that they can continue to develop their technology and scale-up their production.”

Starship already offers its services in many parts of the EU, the UK and the US in cities, university campuses and industrial campuses, with further expansion planned in the near future.

Starship is able to do Level 4 (autonomous) deliveries everywhere it operates – entire cities and campuses. The robots have been operating at L4 since 2018.

On a daily basis Starship robots will complete numerous deliveries in a row “100 percent autonomously”, including road crossings.

This is why the cost of a Starship delivery is now lower than the human equivalent, which is believed to be a world-first for any robot delivery company, whereas most others are still majority human-controlled and in pilot mode.

Starship Technologies operates commercially on a daily basis around the world. Its zero-emission robots make more than 100,000 road crossings every day and have completed more than 2.5 million commercial deliveries and travelled 5 million km (3 million+ miles) globally – “more than any other autonomous delivery provider”, says the company.

The Starship Food Delivery app is available for download on iOS and Android. To get started, customers choose from a range of their favourite food or drink items, then drop a pin where they want their delivery to be sent.