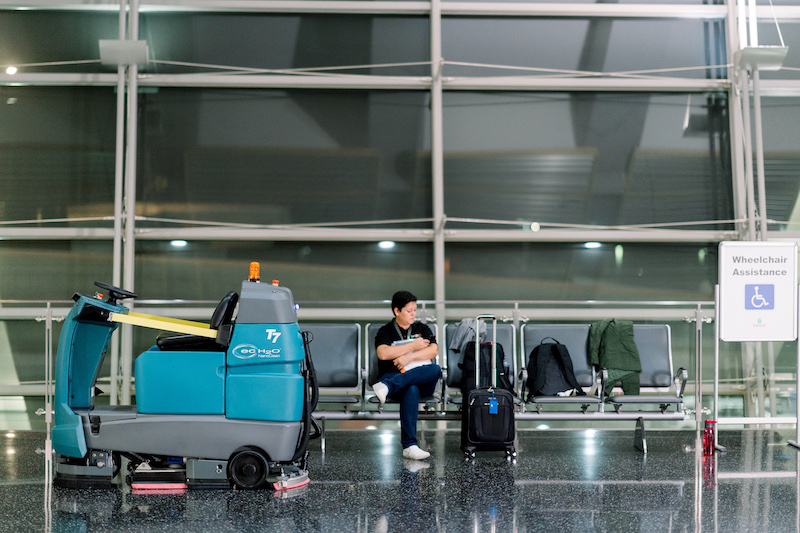 Michel Spruijt, GM and VP of BrainCorp Europe, looks at how robots are being integrated into the working environment and how these intelligent machines will operate alongside the human workforce

Technology has seen significant progress over the last half a century, with artificial intelligence playing an important role.

Robots are now no longer a thing of fantasy but instead are being integrated into businesses across multiple industries.

They are making inroads across facilities as the need for greater efficiency in operations becomes a priority.

Robots were once confined to tightly controlled environments, largely hidden from public view and carrying out repetitive tasks.

However, thanks to advancements in AI technology, autonomous cleaning robots now have operating systems which allow them to safely function alongside humans and be deployed in more dynamic, public environments that are constantly changing.

The key idea here is that robots aren’t meant to replace the human workforce but instead act as co-workers – so called cobots – supporting humans by taking on more time-consuming and higher-risk tasks, which can be hazardous for employees.

Stepping out of the shadows

The introduction of autonomous robots into the workforce for many businesses has shed light on the many benefits they provide.

Between improving operational efficiency and employee and public safety, these intelligent assistive machines have changed how many businesses operate, especially in a world emerging from Covid.

One of the key takeaways from autonomous mobile robots is that business owners can ensure operational reliability, as they fill many gaps caused by absenteeism and labour shortages.

Additionally, they help businesses reclaim valuable “man-hours”, which can then be refocused on more critical tasks.

In a study conducted by Brain Corp, it was found that in 2020, mobile robots accounted for 3.3 million additional hours of productivity for various types of work.

And, when it comes to the more risk-prone tasks such as heavy lifting, they can be deployed efficiently, allowing humans to remain safe and be redirected to other tasks which better utilise the human skillset.

After the pandemic hit, many businesses had to quickly shift their standard of cleanliness to a new level that could be tracked and verified.

With the world’s population focusing on health and safety, it became more important than ever to ensure spaces were safe for any amount of public use.

One of the most notable ways robots have changed businesses in the face of Covid is how hygiene is managed and measured, allowing business owners to track performance and metrics closely.

These machines can not only tackle the more tedious tasks of cleaning floors, but can do so while automatically providing detailed “proof of work” data – in the form of heatmaps – that is near-impossible to obtain manually.

Working towards a harmonious future

The most advanced autonomous robots have been designed for ease of use, but they can’t work without the support of their human counterparts. These machines need humans to train and maintain them and map out where they need to be deployed.

They need to be monitored, and the unique operational data they produce needs to be leveraged to inform decision making.

Advances within AI and robotics have come a long way, and this isn’t showing any signs of slowing down. They have changed not only how a growing number of businesses are able to operate but how hygiene is managed and verified.

With their ability to interact with humans safely and effectively, even in the most unpredictable environments, we can expect to see a more widespread adoption of them in the years to come.