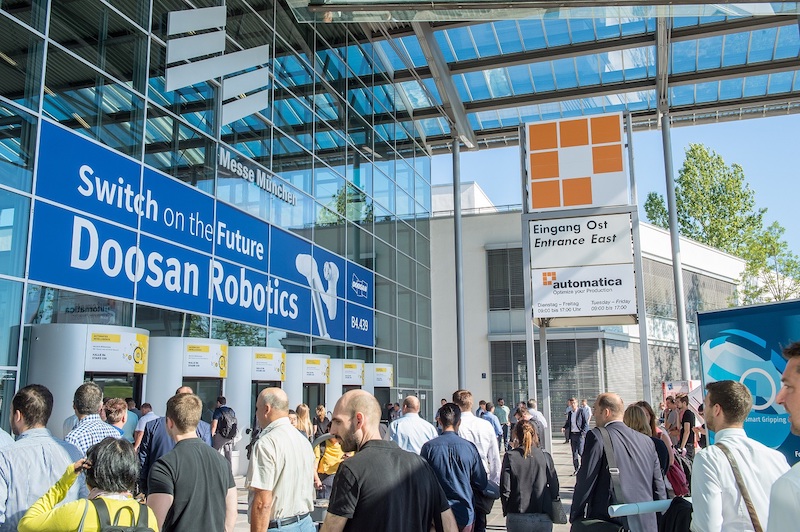 Organisers of Automatica, one of the world’s largest industrial robotics and automation trade shows, say the event is “right back on track” after a terrible pandemic which virtually destroyed the entire events sector.

In a press release, Automatica organisers say: “The indicators for automatica 2022, which will be held at the Munich exhibition grounds from June 21 to 24, are very positive. All industry leaders have already applied half a year before the event.”

Generally speaking, say the organisers, this year’s automatica comes at the “perfect point in time” as the industry continues to grow.

Frank Konrad, CEO of HAHN Automation, says: “Our industry is on the upswing. Due to the pandemic, companies have postponed investments in robotics and automation, and now have a huge backlog.

“At the same time, new business is boosted by the topics of climate neutrality and sus-tainable use of resources.”

The VDMA Robotics and Automation Association, conceptual sponsor of automatica, says that it expects strong industry growth of 10 percent for the current year.

The association expects the industry turnover to reach €14.7 billion in 2022, precisely matching the pre-pandemic level of 2019.