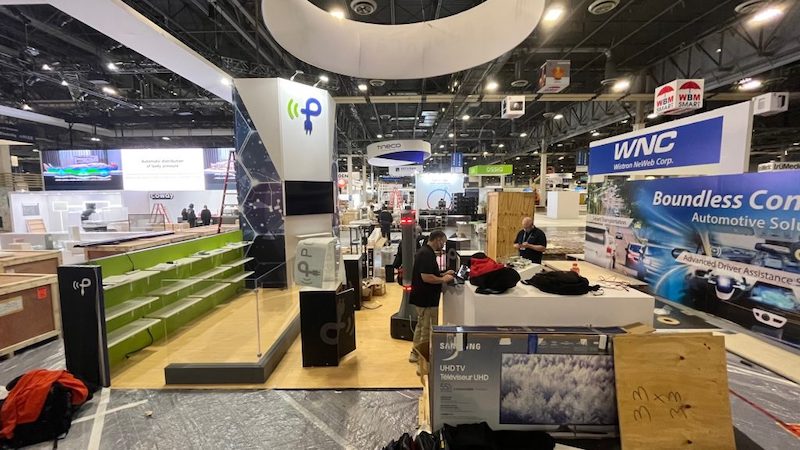 Powercast has showcased an array of new, batteryless products that are powered by the company’s signature radio-frequency-based long-range over-the-air wireless power technology at the recent CES.

The company also announced a record year in customer and revenue growth driven by the demand for wireless power – a market expected to reach $25.9 billion by 2027 – and demand for sustainable product designs that keep disposable batteries out of landfills.

Powercast helps its partners create environmentally-friendly electronic devices either with rechargeable batteries that can be recharged by RF, or with no batteries at all that can be directly powered by RF.

Charles Goetz, CEO of Powercast, says: “There are many cool products around the world today already being powered by our over-the-air RF wireless power technology and we’re seeing increased requests as both industrial and consumer markets pursue greener designs that both cut the wires and keep batteries out of landfills.”

Powercast demonstrates how its technology can save developers time and money, and reduce battery waste, in its new video series, “Powered by Powercast”.

Custom made for each person using 3D printing and flexible circuits, the flexible devices can be worn anywhere on the body for several months to enable at-home diagnosis, disease management, or to improve athletic training.

The devices contain advanced sensors for highly accurate monitoring far beyond the current capabilities of a smart watch.

The devices include inertial measurement units and strain sensors that can characterize gait and performance of individual muscle groups, as well as high resolution temperature sensors able to detect subtle changes in body temperature that can be used to characterize performance.

The user places a Powercaster wireless charger where they work or sleep, which will recharge their wearable over the air.

Researchers expect about two years before availability, and are working towards clinical trials.

Powercast is working with Badger Technologies, a leader in retail automation and a product division of Jabil, to develop a prototype of an all-in-one robotic price-changing system, which will be on display at CES.

In this system, RFID readers installed on the robots send RF power over the air as they roam by the ESLs to Powercast’s receiver chips embedded in the ESLs. These chips convert the RF to DC power to wirelessly update the ESL’s ePaper displays with new prices.

Using LiDAR to detect and safely avoid people, the robots can travel a store 24/7 for a completely autonomous price checking and changing system.

Philipp Gutruf, assistant professor of biomedical engineers in the University of Arizona college of engineering, says: “We chose Powercast’s technology because it is commercially available for purchase and the company supports developers with easy-to-use development tools and engineering know-how.

“We look forward to partnering with Powercast as we commercialize and bring our unique wearables to market.”

Powercast’s collaborative approach and deep expertise in all aspects of product design, from vision through prototyping and commercialization, has resulted in dozens of applications and millions of units shipped.