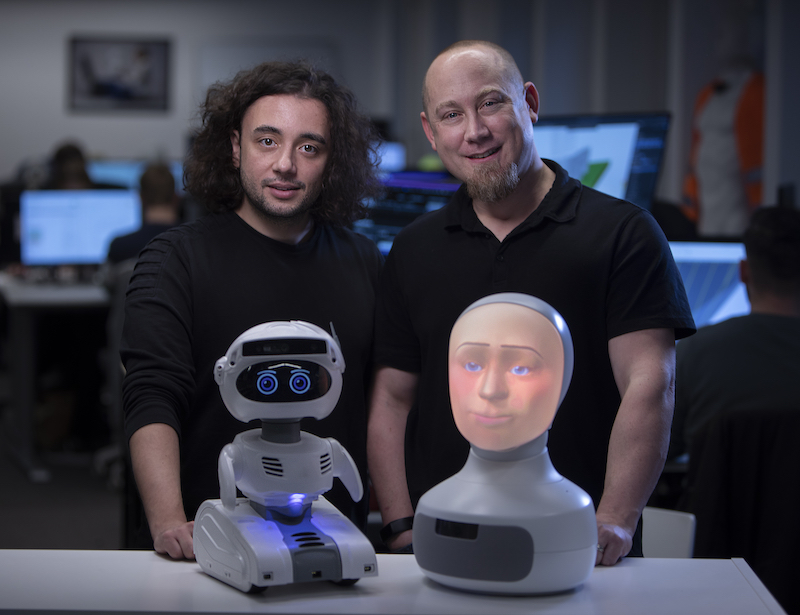 The Furhat robot is used in a variety of advanced academic research and business applications, including “the world’s first unbiased interviewer” – avoiding unconscious biases about race and gender.

The acquisition of Colorado-based Misty Robotics, for an undisclosed sum, establishes an American base of operations for the Swedish scaleup, which is already utilized by US brands including Disney, Intel, Accenture and Facebook, as well as academic institutions including Boston-based Northeastern University.

It will also enable Furhat Robotics, with help from Misty, to expand the category of social robotics, and develop the next generation of human interfaces.

Furhat Robotics co-founder and CEO, Samer Al Moubayed, who previously worked as a Pittsburgh-based research scientist for Disney Imagineering, and researched social robotics and conversational AI at the Royal Institute of Technology in Sweden, will be based between Furhat’s Stockholm headquarters and the Misty Robotics offices in Boulder, Colorado. 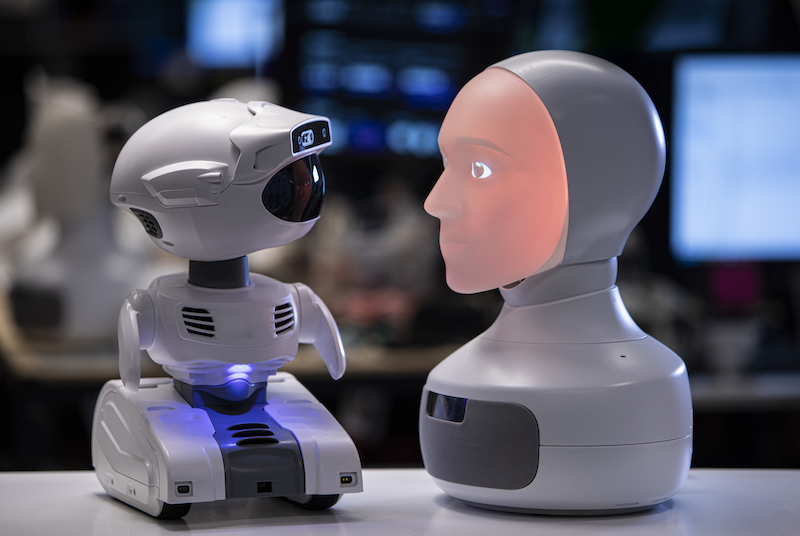 With one unified vision, Furhat Robotics will continue to support the Misty Robotics brand, helping develop and expand the product range, as well as partially integrate Furhat and Misty features to enhance future social robots.

Continuing the Misty Robotics brand under its ownership, Furhat Robotics will empower future Misty robots with its visual perception and conversational AI platform, which supports a total of over 40 different languages, and allow for further customization of voice and personality for the Misty robot  Pioneers of human-robotics technology.

Furhat Robotics, founded in Stockholm, Sweden in 2014, is responsible for the creation, development, and production of the “Furhat” humanoid robot, which has won awards for its human-like expressions capable of communicating with people autonomously using conversational AI.

The Furhat robot is able to perform a plethora of duties including medical screening, autism therapy, museum guidance, and is currently being used in a number of academic and commercial projects around the world. It can also act as a travel concierge, receptionist, teaching assistant, and provide employee training by role-playing a variety of realistic scenarios.

Recently, Furhat received international media attention for collaborating with one of Sweden’s largest recruitment companies to create “Tengai” – to offer candidates job interviews performed by a robot that are free from any of the unconscious biases that managers and recruiters can often bring to the hiring process.

Misty Robotics, founded in 2017 by Ian Bernstein – previously the Co-Founder of consumer robotics company, Sphero (that famously worked with Disney on the Sphero Star Wars BB-8 toy) – is the company behind the cutting-edge Misty platform.

Focused on unlocking the wider application of personal robots, Misty Robotics provides researchers and skilled developers with all the tools required to customize its Misty robots.

By tailoring and modifying its functionality through third-party APIs, Misty users can build apps and add personalized features, such as a temperature screening assistant (an efficient approach to Covid-19 workplace screening), health companions, and as tools for supporting children with autism. Ian Bernstein has been Head Of Product at Misty Robotics, working alongside Tim Enwall, CEO of Misty Robotics.

Since the launch of the first Furhat robot in 2014, Furhat Robotics has seen a steady yearly growth of sold robots within both academia and the corporate sector: the technology utilized in a number of different research projects and real life applications.

In 2021, more than 1,000 users from 45 different countries were welcomed to the Furhat community, empowering them to effortlessly interact, communicate, and emotionally engage with free-thinking technology during the pandemic.

Samer Al Moubayed, CEO and co-founder of Furhat Robotics, says:  “As a robotics company, we have always admired the work of the Misty Robotics team, so to be joining forces with them is an exciting moment.

“Ian Bernstein and Tim Enwall from Misty Robotics will join Furhat’s advisory board, and other senior team members from Colorado will join our management team.

“With joint expertise and resources, we now have the vision and potential to create the most capable and exciting social robots to have ever existed.

“We know that in the next few years the robotics market will be worth billions, and service robots reflecting the best of human behavior will be at the center of it.”

Ian Bernstein, founder and head of product at Misty Robotics, says: “Furhat Robotics is a true pioneer in its field.

“We are joining forces to bring the future of robotic applications into the present and the combination of our specialities means that we will see even more incredible real-life applications of this amazing technology in the near future.

“Social robots are already playing a significant role in our lives, and by applying our combined expertise to solve real-world issues, the sky truly is the limit.”