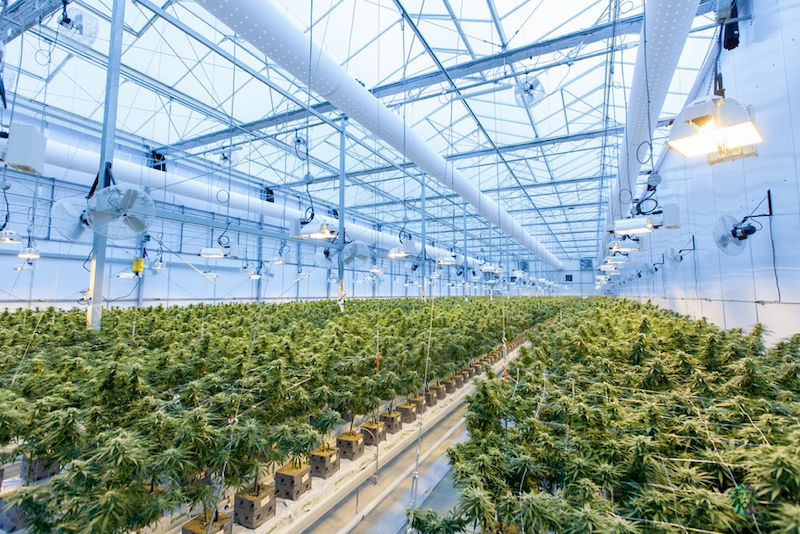 As many states and countries have legalized the use of marijuana especially because of medicinal and recreational purposes, so the cannabis industry has improved a lot in the last few years.

This is all thanks to technology which has helped a lot in making such breakthroughs.

Technology has helped a lot in improving the cannabis industry. Nowadays, weed is found in different ways. For instance, in the form of oils, capsules, sprays, and creams, and so on.

So, it is all because of science that has helped the weed growers to process them in different ways. Transforming the weed leaves into sprays, and creams requires a different process.

It is science that has made everything super easy. Let’s discuss some of the new inventions of science which has taken the cannabis industry to next level.

Get the personalized products

It is hard to find products that carry the combination of THC and CBD. Since people believe you cannot process them together. As one is psychoactive, while the other has a non-psychoactive nature.

Moreover, few strains of cannabis contain the high intensity while the other might don’t have. Therefore, cannabis-based products are made with a blend of balanced cannabinoids which are specially made for human physiology. Many companies are offering the personalization method.

As in this way, people can go for the weed strains which are compatible with them. This method was conducted with a test that taught the people that whether the specific cannabis would suit them or not.

So, in this way, it is highly predictable that the cannabis industry would allow this testing method in this way people would go for the strain that would be highly suitable to them.

As the technology has improved a lot that it helped cannabis retailers to produce personalized products for the consumers.

Some of the companies prefer using the SharpStone USA weed grinders, so they can speed up the whole process. This is all thanks to science which has helped the people to get the desired products.

As the use of cannabis has been legalized in many countries and states, some people often consume them over the prescribed amount. Due to their high consumption, they find difficulty while driving, and so on. Therefore, science has helped the police a lot.

As of now, they can test the convict whether they have been in a high state or not. Before this technology, many people were accused of taking high cannabis when even they did not take it.

On the other hand, often the police find difficulty in enforcing the law over the suspicious person. Since it was not clear by then that whether they have taken it or not.

So, the science industry has helped the police that they can do the oral breath test to check its consumption. Taking cannabis would make people get through many problems such as they may find difficulty in driving, and so on.

Therefore, it is a good idea that the police can check easily that whether the accused person has taken the overdosed marijuana or not. Many science-based methods have made this process easy.

However, it is also found through the research that it is not possible to detect the THC after the consumption of three hours. As the consumer might have taken it in other ways. Therefore, science is striving hard to come up with new methods that would give reliable results.

Get the applications to buy them at your doorstep

Before the legalization of cannabis, dispensaries were allowed to give only a certain amount of cannabis to consumers. It was a command from the government that one man cannot buy cannabis beyond the prescribed amount.

But now, it is easily available to your doorstep. Many applications have been launched that are delivering medicinal and recreational marijuana to customers. Now you can buy them even when you are sitting in your comfort zone. You do not need to go out and have to do buy them from outside.

The sites have mentioned all the details about marijuana on the site. You can give an extensive read before the purchase.

As these sites are maintaining the date which is telling about the number of buyers and consumers. So, the market is aware of its consumption of it. If you also want to get it accessed you can install all the relevant applications and get them at your home.

LED technology for the cannabis growers

As the cannabis plants need excessive sunlight to get grow. So, most of it grows in tropical areas where the sunlight comes with high intensity. However, the technology started experiments with the discharge bulbs and grew them indoors.

But it didn’t work out as the discharge bulbs are highly expensive. So, they cannot be grown indoor. Moreover, they consume loads of electricity which results in heavy bills. Therefore they started looking for a new method.

After a few years, LED technology came which is best for cannabis growers. As they are capable of producing a wide spectrum of light which helps in growing the cannabis easily.

Therefore, it is considered as the alternative method to natural light. As cannabis requires lights, so they will easily get through the LED lights.

You all know that cannabis is not a water-soluble chemical. As when it is added to most of the liquid-based products, automatically gets separated after a few minutes. Therefore, it limits the use and people do not consider it in many things.

Therefore, the encapsulation process comes. As in this process, you can easily blend the product with water. Moreover, people can easily consume it.

Therefore, the Nano CBD products are hitting the market and people start inclined towards them. This is all the science which has improved the ways.

Otherwise, these cons are the biggest obstacles for the cannabis industry. That’s why the cannabis based products are now getting more popular in the market. As their alternatives have come.