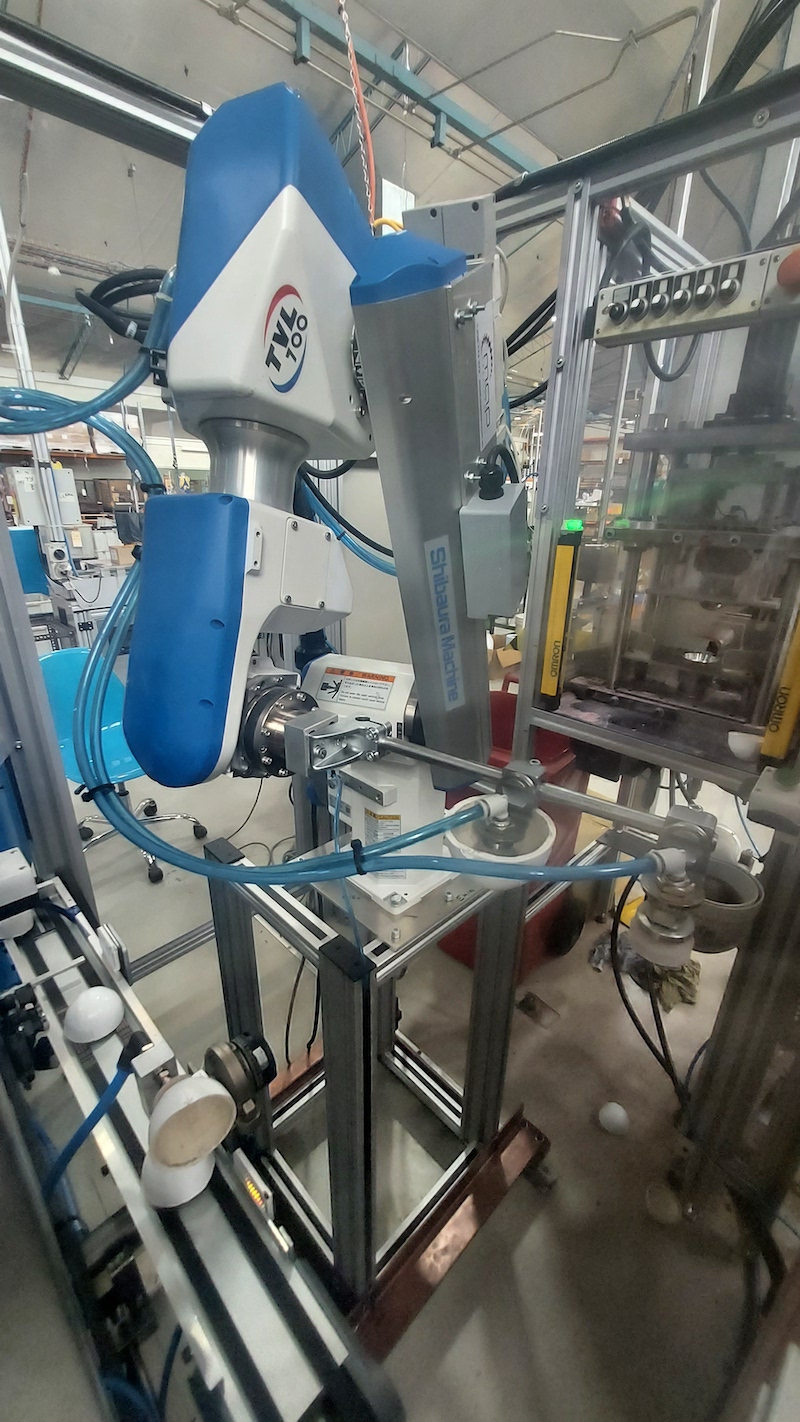 Under the laws of cricket, it is illegal for players to rub any substance other than saliva and sweat onto the ball, let alone scuffing it with their fingernails. Similarly, strict rules apply to the manufacturing of cricket balls.

Machine tending is repetitive work. The job of loading and unloading machines with parts or materials are usually done by humans. In the production of cricket balls, workers would place covers – the outside leather of cricket balls – onto trays after being pressed into shape to form half of a cricket ball. These trays are then placed into a rack and moved to the next process – trimming excess leather from the pressed cover.

Originally, when Kookaburra approached MAP, the distribution partner for Shibaura Machine’s industrial robot ranges in Australia, its system for manufacturing cricket balls involved having human operators at the next stage of production. Workers would manually remove these trays from the rack, bending and twisting to place at the tray and trimmer every couple of minutes.

Workers would then pick and place each cover into a trimming machine, which uses a sharp blade to remove excess leather from the ball. Not only is this process repetitive, but it also puts workers at risk to major hand injuries by being in close proximity to a blade. 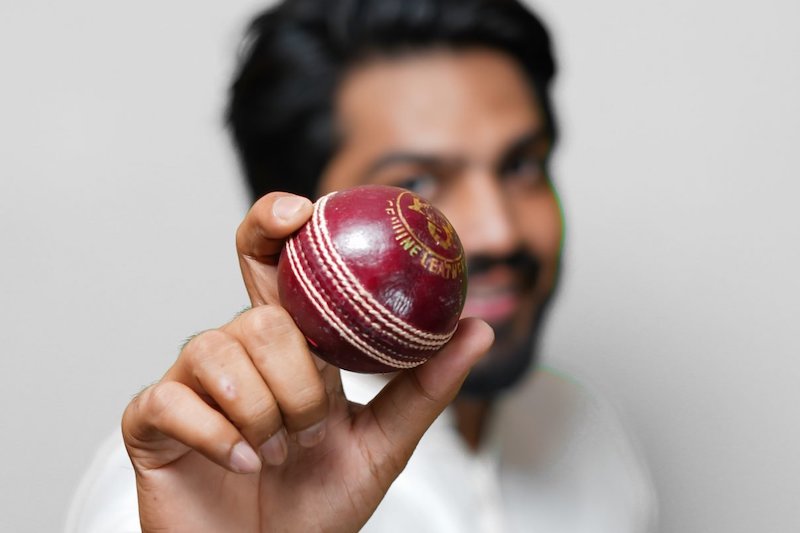 Rather than this longwinded manual process, MAP suggested an automated robotic system for loading and unloading the trimmer, including a tray dispensing system. The plan was to place the full trays of cricket ball covers into the dispenser, feeding trays automatically to the TVL700 robot to load and unload the trimming machine. This requires only one operator to load a set of trays every 20 to 25 minutes.

To do this, MAP required robotics equipment and approached Shibaura Machine partner and authorised distributor, TM Robotics. The global manufacturer supplied a TVL 700 Shibaura Machine robot, which was integrated with MAP Services’ vision system for the project – never seen before for this unusual application.

MAP designed an automatic racking system, where six trays carrying between 80 and 90 cricket ball covers are placed onto a conveyor. This part of the application usually scatters the covers in random locations, meaning a vision system is required to ensure the robot can accurately decipher where each cover is and how to pick it up.

While CAD-based systems can identify items scattered onto a conveyor or workspace, the challenge is recognising the position of each item when presented in a random order – let alone determining the best method for the robot to pick them in.

The vision system uses high-speed cameras to continuously capture 3D images. Using intelligent software, the system can process these images and identify the exact position of an item. In this case, cricket ball covers. The system then determines the most logical order to pick up each cover and does so with sub millimetre accuracy, with the same ease as a human worker.

The robot grabs the cover off the Cartesian and puts it in the trimming machine, before empty trays are fed into an accumulation bin for collection. With an operator required only to load trays every 20-25 minutes, other workers can upskill and be re-deployed in the company, rather than carrying out these laborious, repetitive jobs.

All while the robot and trimmer continue to produce covers before daily shifts start, after daily shifts end and even during breaks.

TM Robotics suggested the TVL 700 robot for this application due to its high speed and 6-axis articulated movement. These features ensure an easy change of direction, without limiting the range of motion.

In fact, it is the quickest robot in TM Robotics’ TVL range, with a reach of 700 mm and a payload of 4 kg. The TVL robot range, consisting of the TVL 500 and TVL 700, is specifically designed to save on space, while delivering all the functionality required from a 6-axis robot.

“This application is about automating processes, speeding up production and getting more consistent results,” says Shane Gallagher, director at MAP Services. “The cricket balls made by Kookaburra are used in all international one-day and T20 cricket matches. The manufacturing process needs to be fast but safe, as it includes a pressing machine that has a hydraulic plunger and a blade. Ensuring operators are away from the blade immediately removes risk of serious injury or harm.”

Due to the success of this project, Kookaburra placed more orders for another machine tending application, with some slight differences. Gallagher adds: “On the second robot, an expanded IO module is used for additional inputs and outputs. There are now six processes this single robot performs, which is rare, but its flexibility and IO module allows us to achieve more actions.

“This application involves having an injection moulding machine that waterproofs the ball. When injecting a cover with the liquid, it must come out of the machine in eight seconds, otherwise it freezes. The TVL 700 is ideal for this, as it can perform this action at a high speed in a confined space. And with the expanded IO module, it is able to communicate with other pieces of equipment to help complete the more complex cycle.”

After all, producing the perfect cricket ball is no mean feat to manufacture. With the help of TM Robotics and MAP Services, Kookaburra could design its first ever machine tending robotic system, with the unique addition of a vision system – ensuring cricket balls are made quickly and reliably.