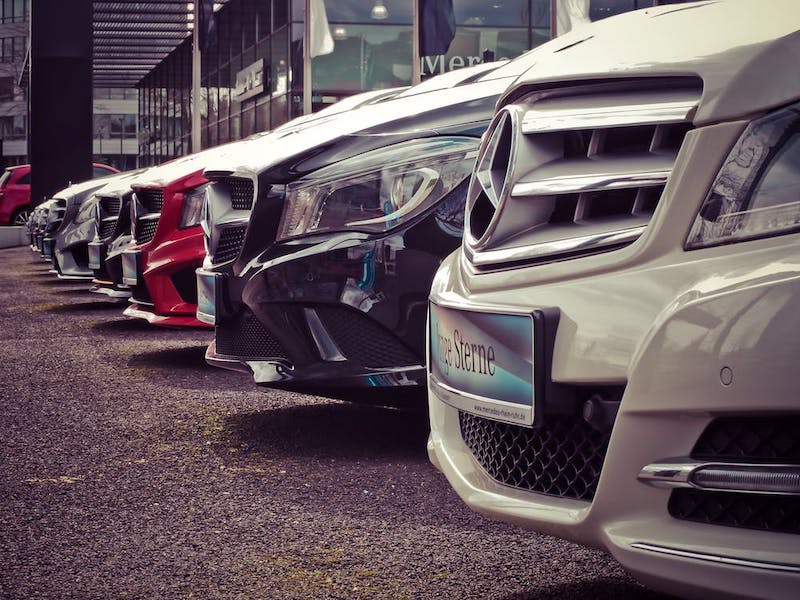 The world is constantly changing and evolving. That is certainly true for transport options and specifically roads. Roads are quite different to how they were even 10 years ago.

The main reason for this is almost certainly advances in technology. New tech has succeeded in ensuring that roads are safer and better for drivers. It’s worth exploring some of the key changes that different types of technology has brought to roads across the world.

Here are some key examples that have changed the way we think about driving and roads as a whole. 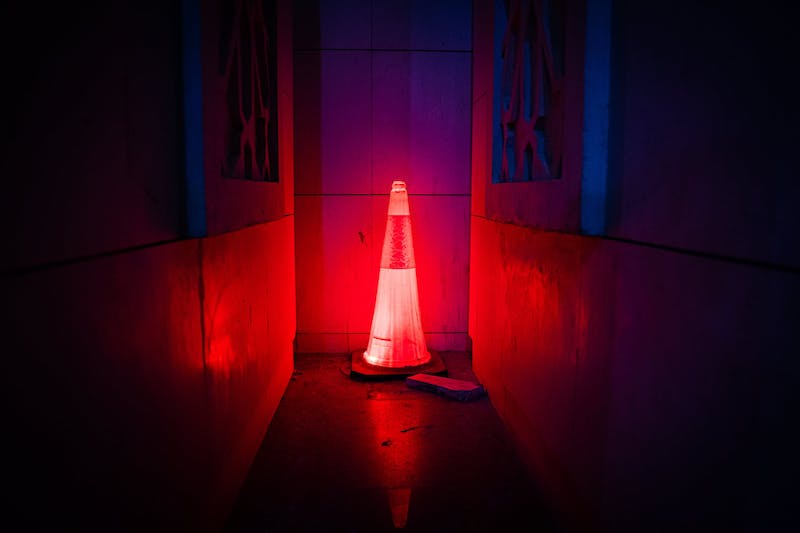 For instance, it’s possible to buy a car that will take steps to ensure that the vehicle does remain in between the white lines even when a driver is swerving. This is a great way to ensure that everyone in the vehicle remains safe.

Other vehicles are designed to brake for you if you get too close to another car on the road. Many more have options such as controlling your speed in certain conditions to ensure that you are always the right distance away from a car, particularly in heavy traffic.

The potential of driver assistance tech depends largely on the individual car developer as well as the specific model of vehicle that is chosen.

It’s important to note that while tech like this is making roads safer, it does not completely eliminate the role of a driver. A driver must still ensure that they are paying attention to the road and their surroundings even when options like this are in use.

The next stage up from driver assistance technology is autonomous vehicles. Autonomous vehicles are cars that can essentially drive themselves – at least to the extent that their programming capabilities allow.

There are five different levels of autonomous vehicles and we’re currently just scratching the surface of level 2 while moving closer to level 3 for high-end vehicles.

This means that the majority of cars available to buy on the market that are described as “self-driving” can drive themselves in certain situations. However, the majority of the time they will require the attention and focus of the driver.

Indeed, most driver-less cars will not operate unless the driver keeps both hands on the wheel. Producers have also admitted that the marketing does not match the capabilities of the cars that are available to purchase. Similar to driver assistance tech, autonomous vehicles are currently designed to help drivers on the road. They are not intended to complete all the work for them.

However, autonomous technology is quickly becoming more advanced. We are moving towards a future where drivers will no longer be necessary and may even be banned for safety reasons.

In the past, a car could provide a driver with a warning that something wasn’t working quite right. Usually, this was restricted to a ‘check engine’ warning light.

Today, the warning systems are far more advanced. High end cars will tell you exactly what the problem is as soon as one develops.

This could be an issue with the pressure in the tyres or it might be something to do with the oil levels. It could even be a problem with the brakes.

Cars can also be designed which alert drivers when they need to take the car in for a service. If you are buying a second-hand car, you can also purchase vehicles that alert you when the vehicle was last serviced.

All these options are designed to provide drivers with complete peace of mind. However, they will still need to make sure that they invest in solutions like an extended warranty from CarShield.

The latest tech will simply alert drivers when it’s time to take advantage of a warranty like this and arrange for a free repair. It can also help them to avoid more significant damage to the vehicle which might not be covered under their chosen warranty or insurance plan.

As well as making cars safer, the latest tech is also making vehicles far more entertaining. It’s becoming quite common for cars to be produced with full entertainment solutions including large screen displays.

It’s worth noting that these entertainment options are mainly designed for use by the passengers. However, as autonomous vehicles continue to improve there will be a future where you can “drive” your car and enjoy a movie or a favorite TV.

Although, as past incidents have shown, this isn’t a real option just yet. But that hasn’t stopped producers from packing in the latest entertainment options into high end vehicles.

Cars are now being equipped with cameras as a standard. This isn’t just a lifesaver for those who have trouble reversing into a parking space. It’s also great news for anyone that wants to remain safe on the roads with their family.

Research shows that if there is a visible camera on the car, then vehicles surrounding it are more likely to drive in a way that is considered to be safe.

Cameras can also help in settling insurance claims far more easily. It prevents people from being untruthful about a specific incident and ensures that the right person is held accountable. 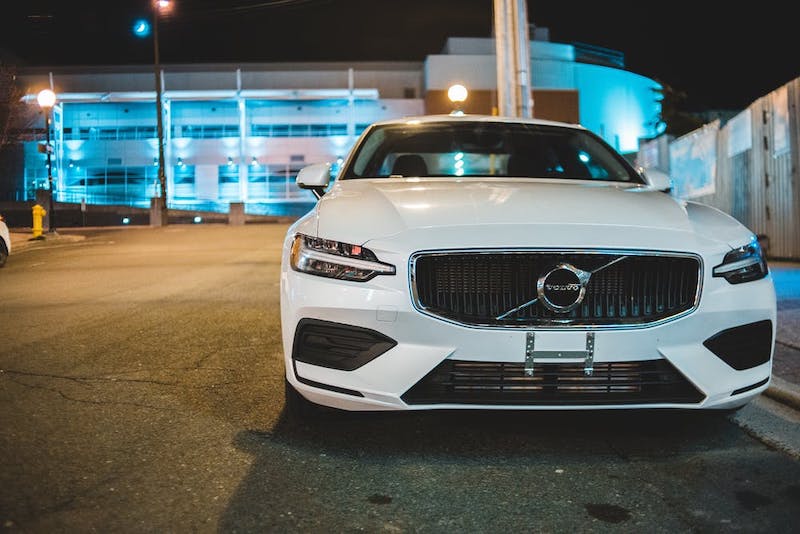 It’s worth noting that it’s not just the cars that are changing with advances to technology. The roads are changing too and we are quickly seeing the implementation of smart roads across the world.

Smart roads use algorithms to adapt to different conditions. For instance, if there are high volumes of traffic that are likely to cause congestion then the speed levels can be changed moving towards that particular area.

Similarly, smart roads can ensure that a blockage is immediately avoided to make sure that pile up does not occur. This is just one more way that tech is making roads far safer than in the past.

There has been a massive focus on electric vehicles over the last few years. We started with hybrids – cars with a combination of a petrol engine and an electric motor.

Today, there are countless cars available on the market that run purely using an electric battery. These can be charged up at stations that are being setup in cities and in some cases, rural areas too.

Research has found that electric-vehicles are more popular with consumers than ever before and are quickly becoming the go to adoption for modern drivers. Particularly, those that live in built-up urban locations.

Part of the appeal is that these vehicles are seen as providing a greener solution that is also more cost friendly. To an extent, this is true. However, there are some issues with buying an EV as a green friendly solution.

For instance, you need to think about the energy cost of producing these cars in the first place. The factories where these cars are produced essentially eat energy.

Research suggests that this might mean that they are not having the impact on emissions that governments and producers hoped for. Despite this, these vehicles are constantly improving in terms of efficiency and can now travel for nearly 700 miles with one charge.

Finally, it’s worth noting that the latest car tech is paving the way for what has been described in the past as death-proof cars. These are vehicles that will result in zero deaths for the passengers or driver of the vehicle, even in the event of a significant accident.

Arguably, a death proof vehicle will be the result of combining much of the tech that we have already mentioned. However experts argue that for a car to be completely death-proof it will be necessary to achieve level 5 autonomy.

This is, it must be said, a long way off as producers are currently working to master level 2 and to a lesser extent level 3.

That said, it’s likely that this will be achieved in the not too distant future by at least several car developers. Volvo announced their intention to ensure that all their cars in production were death proof by 2021.

It is unknown whether they were successful in achieving this goal. Once cars like this are available on the market, it will bring massive changes to the road and event aspects such as insurance coverage.

As you can see, it’s clear that technology is going to have huge ramifications for the experiences that drivers have on the road and behind the wheels of cars in the future. It’s impossible to predict with 100 percent accuracy what the future will bring.

Particularly, when you consider that the energy required to create EV cars is significant to say the least.