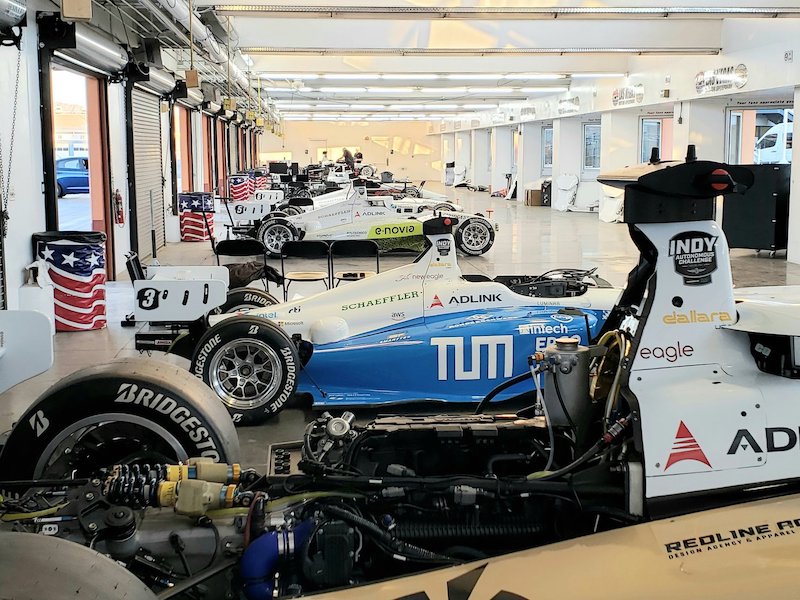 Indy Autonomous Challenge is preparing to make history at CES 2022 by hosting the first autonomous racecar competition at the event.

Making history as the first high-speed, head-to-head autonomous racecar competition, 19 universities from eight countries will form nine race teams and will seek to compete in the Autonomous Challenge @ CES.

Luminar, a developer of automotive lidar hardware and software technology and longtime IAC sponsor, will serve as a premier sponsor and prominent automotive technology partner of the Autonomous Challenge @ CES.

The Dallara AV-21 is said to be “the most advanced race car ever built” and features three Luminar Hydra LiDAR sensors to provide 360-degree long-range sensing, which enables safe autonomy at high speeds.

Paul Mitchell, president and CEO, ESN, says: “Our university teams have proven that they can advance autonomous technology by setting world records with high-speed laps and now, on the biggest technology stage at CES 2022, they will take it to the next level with a head-to-head passing competition.

“The Consumer Technology Association and CES 2022 play a central role in showcasing and advancing autonomous technology worldwide, so we can’t think of a better partner for this next step of the competition or for future implications of this technology.”

A primary goal of the IAC is to advance technology that can speed the commercialization of fully autonomous vehicles and deployments of advanced driver-assistance systems (ADAS).

Designed by university teams, these enhancements will lead to increased safety and performance in motorsports as well as all modes of commercial transportation.

In addition, the competition is a platform for students to excel in Science, Technology, Engineering and Math (STEM) and inspire the next generation of innovators.

Austin Russell, founder and CEO, Luminar, says: “Similar to the DARPA Grand Challenge in 2004 and those that followed, the Indy Autonomous Challenge plays an important role in exposing more students to autonomous technology, which in turn helps shape the next generation of engineers who will go on to build mission-driven technology companies like Luminar.”

The IAC made history on October 23, 2021, when it held the Indy Autonomous Challenge Powered by Cisco, the first high-speed autonomous racecar competition at the Indianapolis Motor Speedway (IMS).

All 9 teams which competed at IMS, including the winner of the competition and all of the finalists, will seek to compete at the Las Vegas Motor Speedway (LVMS) in the Autonomous Challenge @ CES.