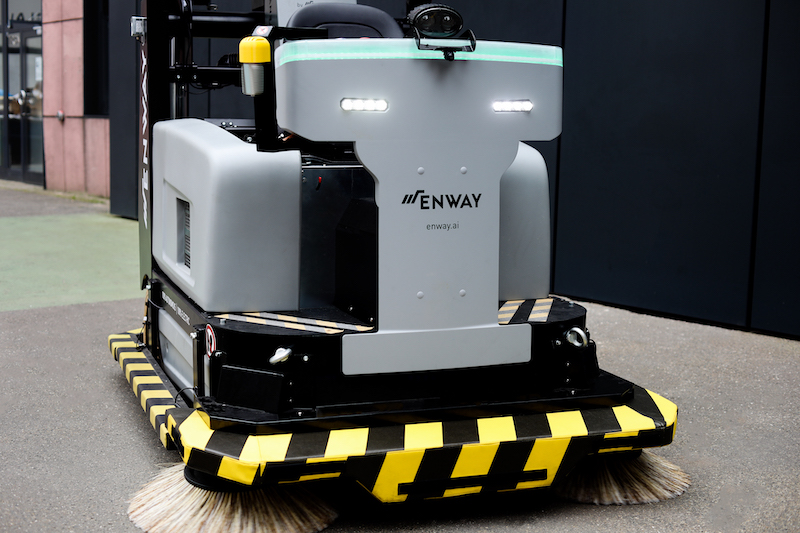 Enway has released the new generation of its autonomous sweeping robot, the B2.

The second generation of the autonomous sweeper is the first of a new series, says the company.

There are several new features and other advantages compared to the B1 for industrial cleaning. In addition, the Europe-wide export of the fully CE-certified self-driving sweeper starts now.

B1 becomes B2 and the completely autonomous industrial sweeper has changed more than the name and the look. But of course, the front and headlights are most noticeable.

The first B2 robots from Enway are in use. Anyone who has not yet cleaned with the B2 sweeping robot finds out about the features and benefits here: Autonomous charging with inductive charging station B2 can charge its battery completely autonomously. 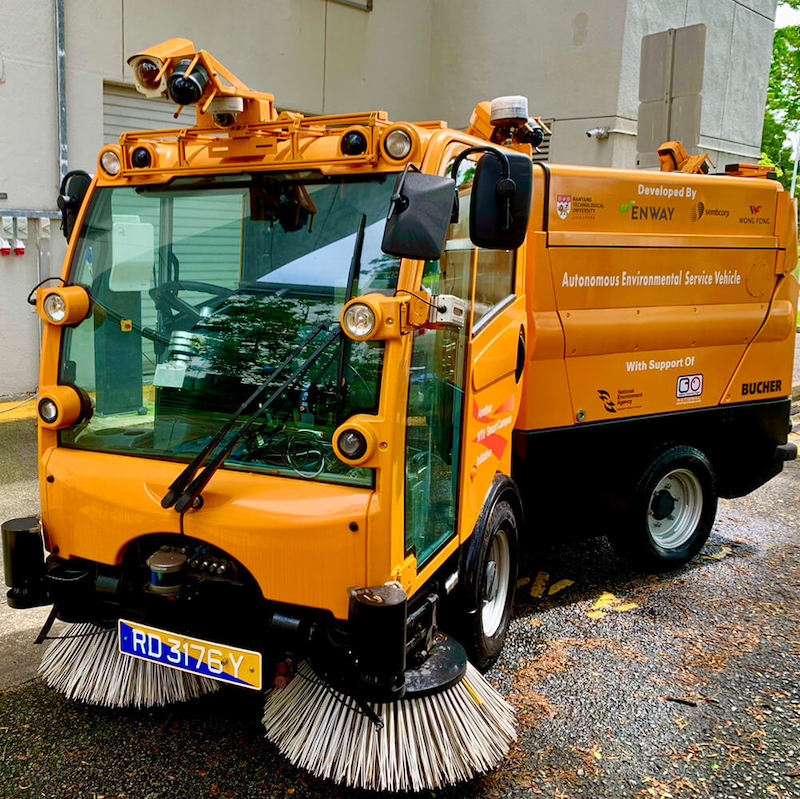 Enway equips the sweeping robot B2 with an inductive high-frequency charger that receives wireless energy. This increases the availability of vehicles and saves resources since several autonomous sweepers can use one charging station.

With this feature, there is one less contact point between an employee and the sweeper. When the battery of the robot is empty, the vehicle drives automatically to the charging station.

Operator app and manager app with access to all data With two user interfaces, Enway ensures that all responsible employees can easily operate the sweeping robot. The cleaning route and the robot are selected and switched on and off via the Operator app.

All collected data can be viewed in the Manager App in order to check, evaluate and optimize cleaning operations.

In addition, a remote control center monitors all movements of the robots live to guarantee smooth processes. This way the robots clean without tying up capacities on site.

All Enway applications meet the highest security standards Distributor network is being expanded Enway has started exporting the B2 sweeping robot across Europe.

For a smooth process as well as for closeness to the customers and fast reaction times, Enway has started to build up a Europe-wide network of distributors.