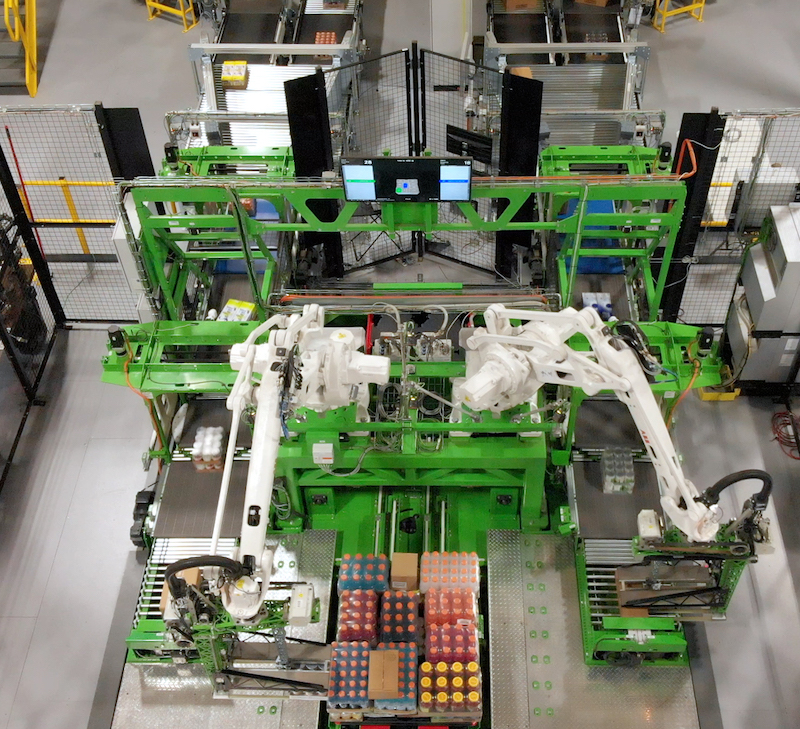 Symbotic, a robotics and automation technology platform for the supply chain, and SVF Investment Corp 3, a special purpose acquisition company sponsored by an affiliate of SoftBank Investment Advisers, have agreed a definitive merger agreement expected to make Symbotic a public company listed on Nasdaq.

Upon completion of the merger, which is expected in the first half of 2022, the combined company will operate under the “Symbotic Inc” name and will trade on Nasdaq under the ticker symbol “SYM”.

Symbotic is a product movement technology platform that is adaptable to a wide range of use cases. The company says it has “rebuilt the traditional warehouse”, using a fleet of autonomous robots with artificial intelligence-enabled software, to create a “first of its kind” physical structure that can power a customer’s entire supply chain technology platform.

Rick Cohen, Symbotic chairman and CEO, says: “When we founded Symbotic, we set out to develop technology to make the supply chain work better for everyone.

“We have successfully invented and developed a truly disruptive solution that reimagines the traditional warehouse from the ground up. Not only that, but we have also proven its power in partnership with some of the world’s biggest retailers. 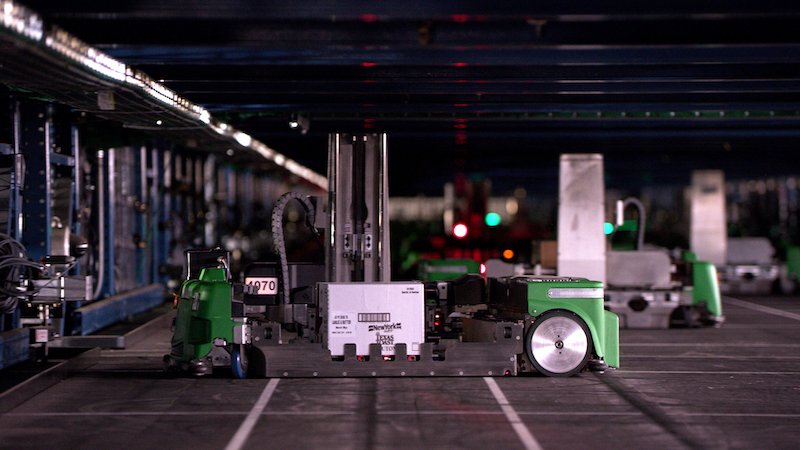 “Now is the time to take Symbotic to the next level. SoftBank has tremendous experience investing in leading-edge artificial intelligence and robotics innovators, and our partnership with them will provide us with new insights, relationships and capital that will help us realize our full potential.

“Together, I’m confident Symbotic will be a powerful, long-term force in modernizing the supply chain to the benefit of all.”

The disruptive platform already serves some of the world’s largest retailers, grocers and wholesalers, including Walmart, Albertsons and C&S Wholesale Grocers.

With the industry’s largest contracted order backlog of over $5 billion, the company already operates systems that service over 1,400 stores in 16 states and 8 Canadian provinces.

The company expects to achieve $433 million in revenue in fiscal year 2022, representing an increase of more than 73 percent year-over-year.

Symbotic is expected to be a hyper-growth company as it disrupts the more than $1 trillion that the retail and wholesale industries spend annually on supply chain functions, realizing a revenue growth rate in excess of 80 percent between 2020 and 2025, with the company’s current backlog in excess of its total projected revenue through 2025.

Yanni Pipilis, chairman and CEO of SVF Investment Corp 3 and managing partner for SBIA, says: “We are highly impressed by how Rick and the team have built Symbotic into the remarkable, growing business and industry leader it is today.

“We believe Symbotic has built an exceptional platform on which to scale, building on the company’s strong revenue, balance sheet and profitability to thrive as Rick and the team continue to reimagine global supply chains.”

Vikas Parekh, managing partner for SBIA, says: “Symbotic is harnessing the power of AI to deliver the products that customers want and need, and to bring more products to more consumers in less-time and at a lower cost.

“That this is achieved while also lowering the environmental impact is a great thing and a testament to the capabilities of Symbotic’s technology. We’re proud they chose to go public through a merger with SVFC, and we look forward to supporting the company’s growth into promising new verticals and markets.”

Symbotic’s AI-powered software acts as the conductor of a team of robots that receive, store and retrieve a virtually unlimited number of products. At the core of the system is a fleet of several hundred autonomous, intelligent, mobile robots called “Symbots”.

These fully autonomous fleets of Symbots move products at speeds up to 25 mph with 99.9999 percent accuracy to and from random access storage structures.

As products exit the system, AI-enabled robots use proprietary end of arm tools and vision to output cases, totes and packages at some of the fastest speeds in the industry. The system enhances storage density, increases available SKUs, reduces product damage and improves throughput and speed to customers.

The Symbotic team works toward a mission of “making the supply chain better for everyone”. Workers benefit significantly from enhanced workplace safety while gaining important, widely applicable skills in robotics and technology.

The platform can create a significant reduction in damage and waste due to its software that manages inventory in the system more efficiently and the Symbots’ ability to handle product in native cases with precision. 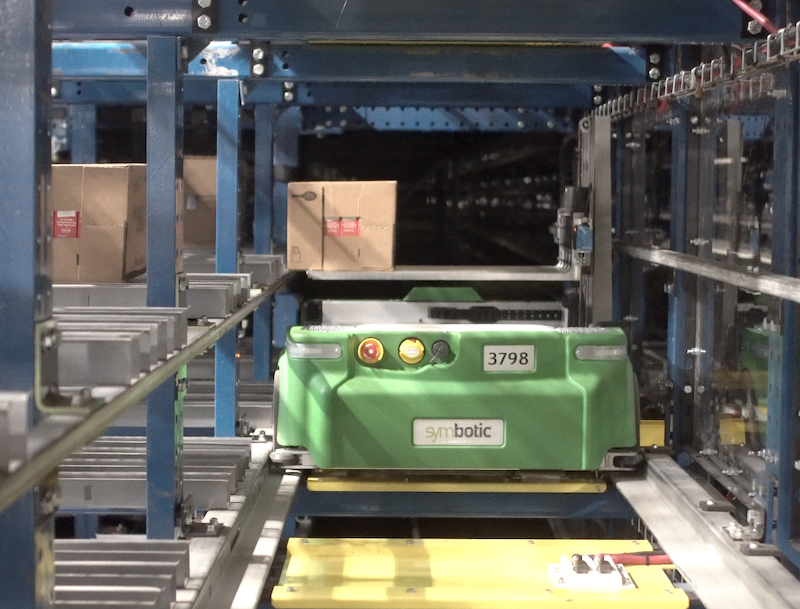 The transaction is expected to deliver up to $725 million of primary gross proceeds, consisting of $320 million of cash in trust from SVFC, assuming no public shareholders of SVFC exercise their redemption rights, a $205 million common equity PIPE at a $10 per share entry price, including a $150 million PIPE participation from Walmart, and a $200 million forward purchase of common equity at $10 per share by an affiliate of SoftBank Vision Fund 2.

The minimum cash of the transaction is fully covered by the $405 million of committed equity capital that Symbotic and SVFC have raised, reducing potential transaction uncertainty.

Symbotic also expects to receive an additional $174 million in cash from Walmart by the end of December to be used for general corporate purposes as a result of Walmart gross exercising warrants it holds in the company.

The proceeds of the transaction will enable Symbotic to accelerate its growth plans, provide Symbotic with the flexibility to continue innovating to streamline its customers’ supply chains, and to efficiently deliver on its contracted backlog while achieving its growth targets.

The company also continues to invest in innovation to expand the application of its core technology to new use cases. This includes expansion into new verticals such as auto parts, home improvement and apparel as well as entering new geographies.

At closing, assuming no public shareholders of SVFC exercise their redemption rights, existing Symbotic equity holders are expected to own 88 percent of the combined business, with Cohen retaining 76 percent ownership, Walmart retaining 9 percent and other holders retaining 3 percent.

New investors will own 12 percent, with SPAC public shareholders owning 6 percent, the SVFC sponsor and its affiliates owning 5 percent and other PIPE investors owning 1 percent.

Symbotic’s CEO and CFO will be subject to a one-year lock-up period post-closing.

The transaction, which was unanimously approved by the board of directors of SVFC and the board of managers of Symbotic, is subject to approval by SVFC stockholders and other customary closing conditions.

At closing, Symbotic is expected to form a seven-member board of directors including executives from some of the world’s largest retailers and technology leaders.