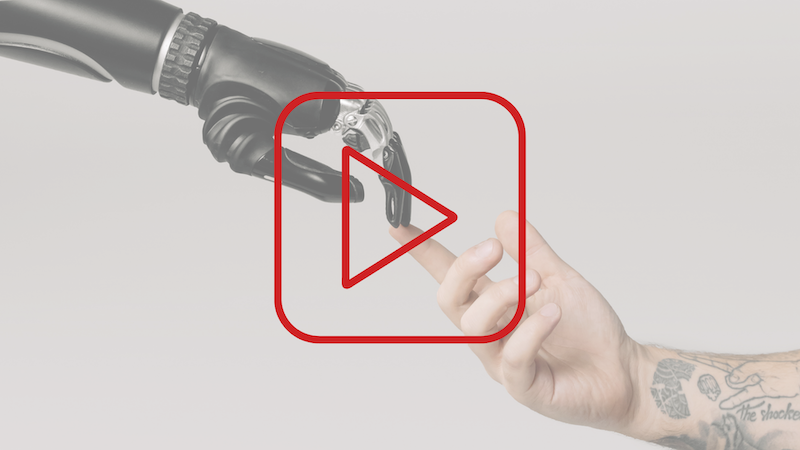 Robotics remains one of the most popular subjects that individuals like to post videos about on YouTube. You should know that if you want to buy cheap YouTube likes, that is one way to get the engagement numbers you crave as a content creator.

However, if you know about robotics and can develop some interesting videos using those as subject matter, you are likely to find success.

We’ve come up with ten of the most liked and subscribed robotics video channels if you’re interested in seeing what we mean. Maybe you might check out these channels and decide which one you’d like to use as a model for your own robotics-based content.

Robotiq TV is a great place to start. They are an outlet that counts on the following qualities from their viewers:

They have videos with many likes about how to create and use grippers and attach and utilize wrist cameras. They also make sure to describe everything intuitively so you’ll follow along at home if you’re trying to make some of the same creations.

Vex Robotics TV is where you go to learn about the latest exploits of their “Hero Bot.” This is a rather basic robot that they customize in various ways. Every new version can do different things, and each one is a little more advanced than the one which came before.

Vex sells robotics-based do-it-yourself kits, and these are the instructional videos that go along with them. If you’re having any trouble putting the kits together, you can watch and learn some tips that should help you. Every kit comes with sensors, a motor, a controller, and many other fun components.

This is a popular channel with many likes if you enhance your daily life with AI and other forms of robot-based technology. If you want to buy tech that is AI-focused, you can see what they post having to do with the latest developments in this rapidly growing and changing field.

They have close to 200,000 subs, which is impressive, considering they’re a smaller, more independent channel without some of the major backing you’ll see with some of the other ones. Some of their offerings include discussions of drone delivery, robots that play ping pong, and more.

The ABB channel has to do mostly with:

They sometimes cover topics like robotics expos and what goes on there. Other videos feature tutorials on what water plants do and how robots move.

This one is probably not the ideal pick for someone who does not know many of the fundamentals about how robots operate. If you’ve already got a strong foundation in this area, you should be fine, but if you’re a relative newcomer to the field, some of the technical terms in these videos might make your head spin.

This is likely one of the best channels that got the success we’ve found covering the robotics field. Aldebaran was a company that eventually became SoftBank Robotics. The main reason for the change was that the company wanted to become more accessible and identifiable as a world leader in humanoid, programmable robots.

There are many videos on their channel that talk about that. This is where you might want to go if you have the idea that maybe at some point in the not-too-distant future, you can have a robot friend that’s very lifelike. They make robots like NAO and Pepper, which you may be able to purchase and interact with very soon.

The Universal Robots channel is one where you can learn about collaborative AI. If you want to automate a process, this is the company that can probably do it for you. They offer suggestions for how and when you can automate tasks that you would never think are capable of it.

Their e-Series “cobots” are the perfect example of what they have in mind in the coming years. These are simple, rudimentary forms of AI that you can install in your home that should boost your productivity in a number of ways. The videos use simple terminology that you should be able to understand and like it, even if you’re not an expert.

Rethink Robotics was a company that sold off its assets in 2018. However, some different entities moved in and took over some of their operations since many individuals and other companies felt like they were making progress with their various projects. The HAHN group, a German company, bought most of their assets.

While it’s sad that the first version of Rethink folded, the HAHN group has been very active in posting new videos about what they’re doing in the industry. They have nearly perfected a form of collaborative AI called Sawyer. You can check out some of what the Sawyer system can do in their most recent videos.

Yaskawa Motoman is a company that makes many different products, including some geared toward automation and improving industrial conditions. Their channel is the place you might go if you wish to learn more about what their robotic arms do in different settings.

While you probably can’t afford one of their industrial robotic arms, which can cost anywhere from $25,000 to $40,000, it’s fun learning what they’re capable of and what future versions might be able to accomplish.

The Kuka Robots and Automation channel is perhaps one of the most active ones on YT, as they post multiple new videos most weeks. They mostly focus on intelligent automation and what AI is capable of as new versions come out and start to appear in workspaces.

While it’s fascinating to learn about this kind of thing, it’s also a little intimidating. It’s easy to think about artificial intelligence deciding that humans are obsolete when you see the brilliance of some of these new technology forms.

The last one on our list, Boston Dynamics, is a channel where you can find the latest news from a group that wants nothing more than to create new and exciting robots that can enrich our lives. They talk about things like warehouse automation, but they also find ways to show what advanced robotics might do in the home.

They have close to three million followers, making this a powerhouse content creator. However, their videos are still very accessible, even if you don’t know all that much about this field when you start watching.

If you want to start your own YT channel about this topic, you might take some inspiration from our list. You can also see how some of them try to handle very technical matters in a way that does not make them seem unapproachable for the layperson.

You’ll notice that every one of these channels has a gimmick of one kind of another, though. If you want to come up with a successful one, you will need to do the same.