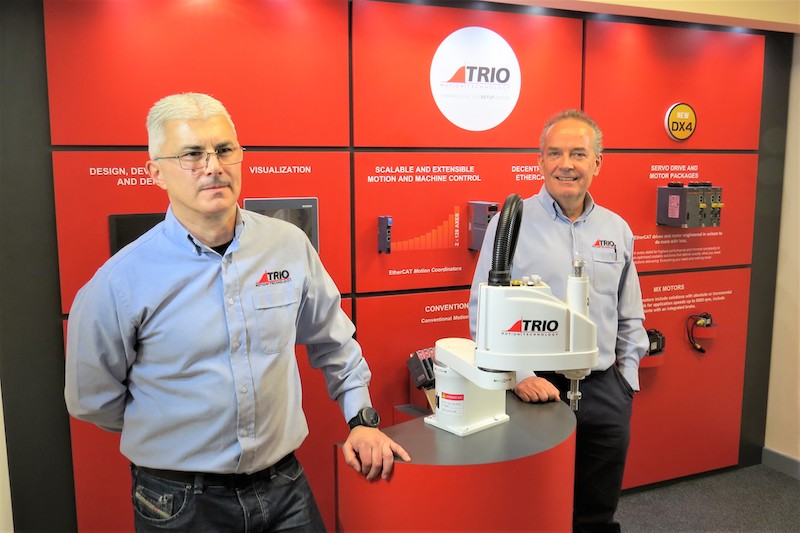 The company says its robots give manufacturers high performance robot control, motion control, and machine automation from a single controller.

The launch will also give access to robots for users with limited robotics experience by providing easy to use application tools within a familiar automation development framework. 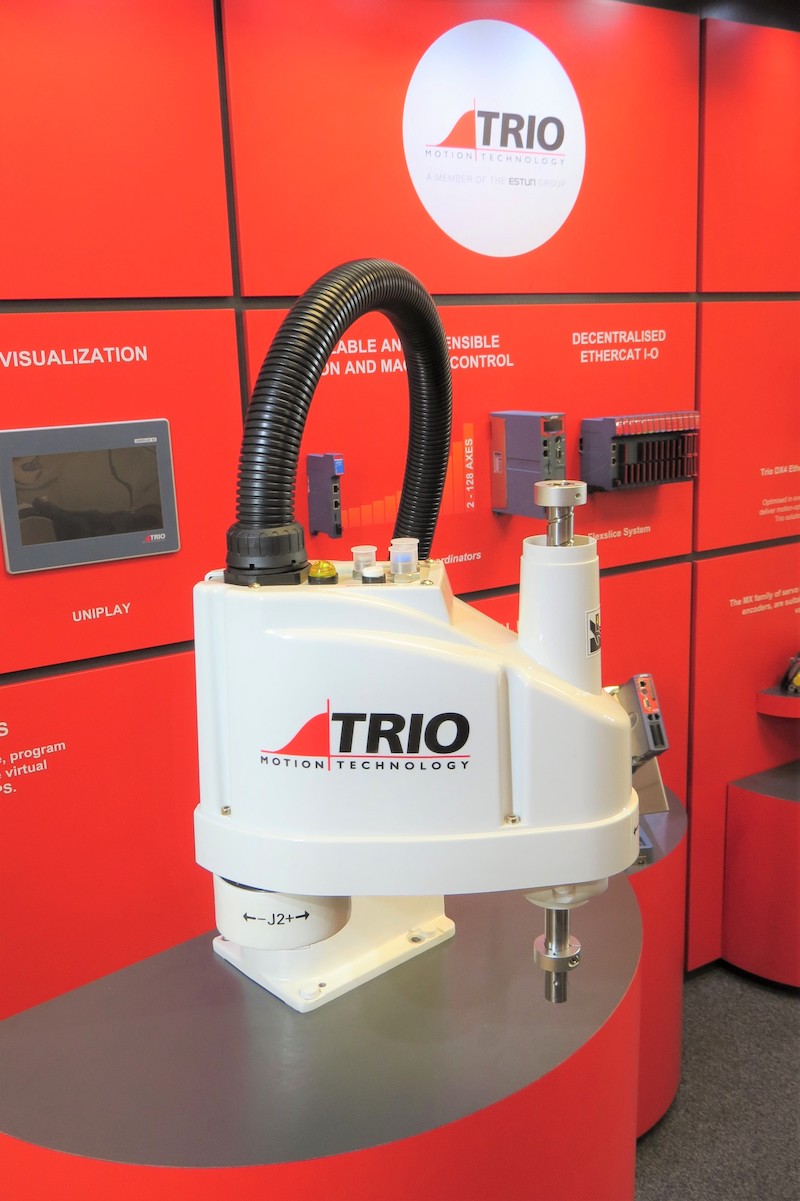 This makes the range highly suited to industries including electronics manufacturing, packaging and material handling.

The robots achieve high cyclic throughput and precision with high repeatability, making them ideal for assembly. Each robot is powered by four Trio MX series servo motors that are individually controlled by a Trio DX4 servo drive.

The drives provide fast, precise motion performance enhanced by EtherCAT update rates as low as 125us.

As a result of the design simplicity of the drives with the majority of control and I/O functionality retained within the separate controller, this approach significantly reduces the lifetime cost of the robot.

The new robots are controlled by a Trio motion coordinator that can simultaneously control the overall machine, instead of a separate controller for machine and robot.

Integrating robotics within the same controller removes the challenge of hand-shaking and communication compatibility between a robot controller and PLC.

This speeds up development time and reduces process issues in the application, meaning fewer resources required by the OEM and greater productivity for the end user.

While the robot launch extends Trio’s automation solution, the brand’s controllers have provided kinematic control of third-party robots since the late ’90s and six-axis robot control was introduced in 2016.

The kinematic and motion control capabilities of Trio’s motion coordinators are based on high speed synchronisation of up to 128 axes with up to 64 bit precise motion calculations.

Trio’s flagship MC664-X can control up to four SCARA robots simultaneously while the pocket-sized Flex-6 Nano can control two SCARAs.

Robot application development takes place within Trio’s Motion Perfect software and is powered by a core of Motion-iX technologies, providing a single control platform for machine, motion and robotics.

Tom Alexander, president, Trio Motion Technology, says: “The productivity and efficiency of applications such as pick and place are enhanced by SCARA robots, so extending Trio’s automation portfolio with a range of high performance integrated robots is advantageous to OEMs that build machines for a range of industries.

“Integrating robot, motion and machine automation into a single controller enables faster development for the OEM.

Stock, application development and field support of Trio’s SCARA robot range are available across the brand’s global regions including North America, the UK and Europe, India, China and Asia.

Trio is launching its new SCARA robot range at the SPS exhibition, Hall 1, Stand 360, taking place in Nuremberg, Germany, between 23 and 25 November 2021.