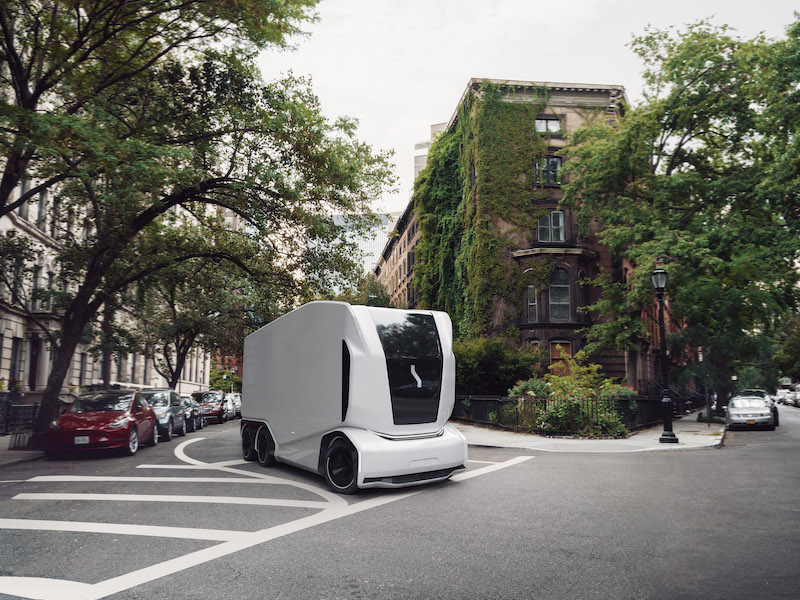 Einride, a Swedish freight technology company that provides digital, electric, and autonomous shipping, says its transportation solutions are now live and running in the United States.

In conjunction with the official launch, Einride has also signed an impressive list of versatile partners including technical partners Ericsson and Siemens as well as customers Oatly, Bridgestone and GE Appliances, a Haier company.

Robert Falck, founder, and CEO of Einride, says: “The innovative spirit of the US is the standard by which all others are measured, and the American transportation market is the biggest in the world.

“The US freight market is one of the most competitive and to be an industry leader you need to play in this league. We have the technology and solution to bring the biggest change in the freight industry since the adoption of the diesel truck 100 years ago.”

Einride, who already operates Europe’s largest fleet of electric trucks and works with industry giants including Coca-Cola, SKF, and Lidl in Europe, has set an example that the transformation to electric, autonomous freight transportation can be made easy and cost-effective.

Since October 1, 2020, Einride’s partners have seen “a 90 percent decrease in CO2 emissions with electrical transport, while matching the cost of diesel”, claims EInride.

Introducing a new range of products adapted for the US market

At launch, Einride is introducing a new range of global products – Einride Saga, the intelligent operating system for movement of freight and a new Einride Pod product line, including a US version of the Einride Pod and the new Flatbed Pod.

The US version of the Einride Pod will have the same unique autonomous technology as its European sibling, with SAE level 4 self-driving technology and safety architecture allowing for safe operations without a driver in the vehicle, but “will be better adapted for US roads and conditions”, says Einride.

The Flatbed Pod is a modular vehicle built to accommodate any kind of shipping needs, including transporting containers to make the transition between sea and road freight seamless.

Through Saga, shippers will be able to access a roadmap to cost competitive electrification and automation via the Evolve app, order and track shipments via Book, oversee routes and assignment through Orchestrate and visualize data and gain insights through Explore.

Backed by analysis from Saga, the company estimates that at least 40 percent of US road freight transportation could go electric today at the same cost as diesel or cheaper.

In addition to bringing its electric and autonomous transportation solutions to some of the biggest names in their respective industries, Einride has also hired the world’s first remote trucker to show how autonomous freight transport improves working conditions and creates a new type of job, Einride Pod Operator. Details will be revealed at an event later this year.

Einride is committed to creating at least 2,000 new jobs within the first five years of operation in the US. The proliferation of electric and autonomous transport creates jobs across the supply chain, from electric infrastructure installation and maintenance to the widespread construction of 5G networks, while also creating new types of jobs such as the role of the remote pod operator, which involves the oversight and control of multiple Pods in real-time by one individual from a central location.

Einride will officially establish a US headquarters in New York, where parts of the leadership team will be based. In addition to its headquarters, Einride will open up regional offices in Austin, San Francisco and in the South East.