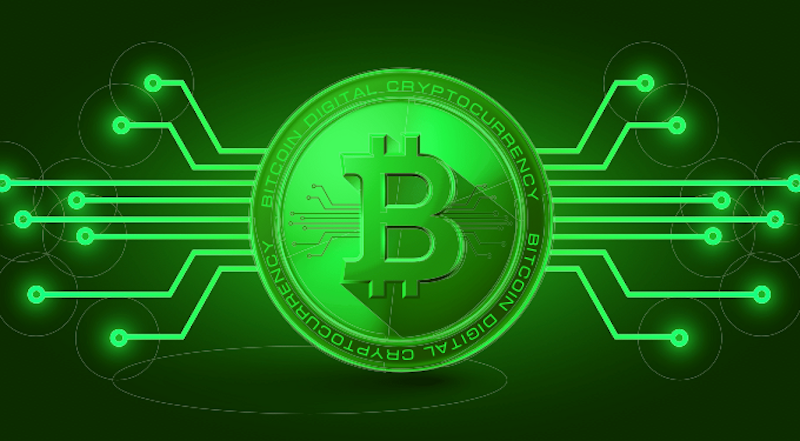 We have all been through the hassles of sending currencies overseas to our friends or families, sometimes it just feels like a nightmare having to go through a LONG and frustrating process just to send a few bucks.

But thanks to the Blockchain technology, we can do the same thing without any hassle whatsoever, while keeping the transaction completely secure and anonymous.

This has made cryptocurrency quite popular all around the world, so much so that individuals and companies are spending billions of dollars in the crypto market!

And even now it is slowly expanding into video game market, where soon players will be able to easily buy New World Coins, grab some cheap cd keys and do more cool stuff with it.

However, most of the cryptocurrencies are not sustainable and definitely not eco-friendly at all considering how much energy they consume.

But that definitely doesn’t mean all the cryptocurrencies leave a large carbon footprint. And that is why we have made a list of the Top 10 Most sustainable green Cryptocurrencies in the market.

Tron (TRX)
The Next cryptocurrency on this list is Tron or TRX coin. Tron is a unique peer to peer platform and a public blockchain that allows the users to share apps directly on it’s blockchain.

The whole process of transferring apps on this P2P network consumes a very small amount of energy compared to most of the other currencies in the market.

Tron is also one of the best cryptocurrencies to trade on the crypto exchanges.

If you have ever used the Tron Blockchain to perform any sort of transaction, you would know that TRC20 is also one of the cheapest blockchains to transfer cryptocurrency from one account to the other.

IOTA
The next coin on this list is IOTA and I am not quite sure if you have heard about this before because IOTA isn’t as profitable as an altcoin as many others on the crypto exchanges due to its stability.

However, when it comes to the most sustainable coins, IOTA remains one of the best.

IOTA is based on the probabilistic consensus technology with proof of work concept that makes it very efficient when it comes to consuming energy.

To put things into perspective, IOTA is estimated to utilize less energy than the traditional credit cards, which is quite low.

EOS
More like our previous coin Tron, EOS or EOSIO is a public blockchain that empowers the developers to create their own applications using a variety of programming languages.

EOS is also one of the most profitable coins on the crypto exchanges, with quite a bit of fluctuation every once in a while.

EOSIO is also one of the pre-mined coins that works on the proof of stake concept with a lot of popularity on the market. EOS is considered to be highly sustainable and works with extremely low energy.

NANO
Nano has been out and around for quite a while now and it is another cryptocurrency that uses the proof of work concept.

Nano might not be the most popular cryptocurrency when it comes to trading but in terms of energy consumption, it is considered to be one of the lightest.

Nano takes a rather unique approach with the blockchain technology and creates an account-chain for each of the users on the network where the users can choose to have a representative that confirms the transactions carefully.

Stellar (XLM)
Stellar not only is one of the BEST coins to trade in the market, it is also backed by one of the most useful technology that is trying to introduce a more cost-efficient way to make the payments even across the borders.

And personally, I think it is much needed because companies are charging a lot for payments that involve international transactions.

Stellar aims to remain a non-profit organization, charging its users nothing for international or local transactions, which is quite impressive.

The transactions that are performed over the Stellar blockchain through “Lumens” literally costs you close to nothing and that also makes for an extremely low energy consumption.

Ripple (XRP)
I am quite certain that you all know Ripple, more commonly known as XRP, it’s been one of the best coins on the market.

But besides that, Ripple provides a great alternative for the users to make transactions that are carried out within seconds!

Ripple is a project that a LOT of people believe in to gain major success in a few years, including myself.

Using the RPCA algorithm, Ripple makes it easy to carry out over 1500 transactions every single second, consuming an incredibly low amount of energy.

Cardano (ADA)
Now we are getting to the big guns of the crypto league and what better candidate other than ADA. I am sure you must have heard about this coin or you might even be holding this coin in your wallet.

Cardano or ADA not only is one of the top coins when it comes to trading, it is also one of the most energy efficient projects, developed by none other than the co-founder of Ethereum.

Cardano works on the concept of “proof of stake” and it is MASSIVELY efficient than both Etherum and Bitcoin when it comes to making quick transactions. I am talking about a thousand transactions every single second!

BitGreen (BITG)
The next cryptocurrency on this list is Bitgreen and I wouldn’t blame you if you haven’t heard about this one, because I didn’t know this one either.

But when it comes to sustainability and efficiency, BitGreen is one of THE most sustainable green coin ever!

So much so that it even says Green in its name. The name however was chosen to make it clear the coin was made in response to the harmful impact of Bitcoin on the planet, hence BitGreen!

SolarCoin (SLR)
Onto the MOST sustainable green coin in the market, Solar Coin! As the name already indicates this coin is based on the Solar Energy project.

The company behind this cryptocurrency wants to make the users to install more solar arrays to generate energy and for each megawatt hour of electricity that is generated by the solar energy, a SolarCoin would be created.

With solar technology becoming more popular than ever, this might even become the new big thing in the market. That is what makes this the most sustainable in cryptocurrency available right now.