The global industrial automation market is projected to be worth $200 billion.

Thanks to technological advancements, it has seen many improvements in recent years and one of the sectors that have greatly benefited from this is the manufacturing industry.

That’s mainly because manufacturers may gain greater control of their operations by increasing production capacity or reducing costs through automating their production processes, master production schedule (MPS), or systems. 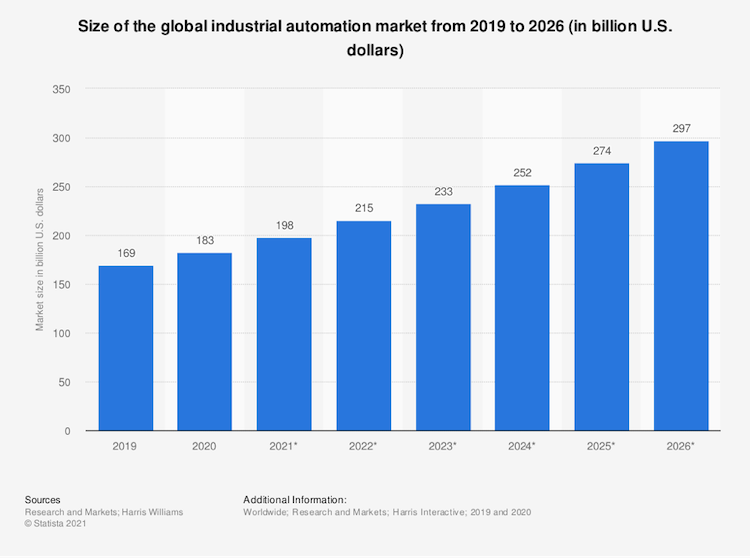 What Is automation in manufacturing?
Manufacturing automation refers to the use of technologies such as equipment and software to automate production processes. Whereas it may seem like a novel concept, that’s not an accurate assessment. There’s evidence of simple attempts to automate tasks throughout history.

Hard automation brings together many sequences and production operations. As such, once the machine is in place, switching production styles is extremely challenging. More so, if you account for the high initial investment necessary for designing and engineering it.

Examples of fixed automation include:

2. Programmable Automation
As the name suggests, programmable automation is a production system that relies on a program to govern it. The program serves as a set of instructions that the system reads, interprets, and then executes.

Examples of programmable automation include:

3. Flexible Automation
In some ways, flexible automation is similar to programmable automation. Its design allows it to respond to production changes quickly, such as product quantity. To run, personnel program computerized systems to control the machines. Alternatively, they can use Human Machine Interfaces (HMIs).

Examples of flexible automation include:

1. Lower operating costs
Although automation may require a significant initial investment, it offers great value for money in the long run. Depending on the task, one machine can perform the work of three to five, possibly more people.

2. Increased workplace safety
Without a viable option in the past, some manufacturing processes involve staff working in dangerous conditions. With automation, you can remove workers far from hazardous processes or substances.

3. Increased productivity
In addition to working unattended 24/7, machines can also maintain the same speed throughout. This means your production process can continue longer and more efficiently. As a result, you can produce more or work on new products without disrupting production.