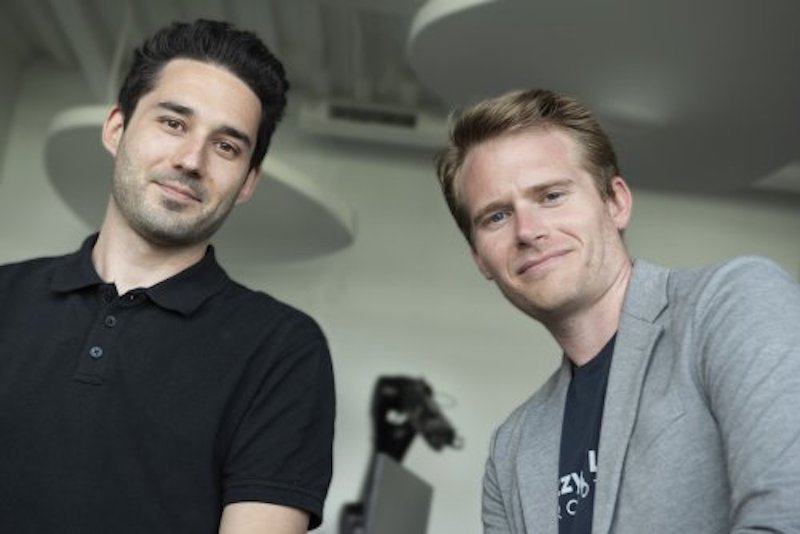 It reproduces a virtual environment in which the robot in the factory can be controlled “on the fly” and as simply as a video game.

Fuzzy Studio (desktop application) and Fuzzy RTOS (embedded software) are no-code platforms, allowing users to control any make of industrial robot, without the need for training or complex programming.

Non-roboticist users can intuitively design robotic cells and production operators increase their scope of activity: a clearer and simpler software solution for interacting with robots and “crushing” their complexity. It’s the new standard for flexible automation.

Robotics in the service of operators

The platform is attracting strong interest from large companies, especially for applications with many different part types to be programmed or which have demanding quality requirements.

But as well as current users of industrial robots, Fuzzy Logic intends to open up a market that is still in its infancy, that of small and medium-sized industrial companies.

The platform removes the complexities of robotic integration and eliminates the need for robotics expertise throughout the service life, two obstacles that until now have often been prohibitive barriers for SMEs and SMBs.

In a statement, Ryan Lober and Antoine Hoarau, respectively CEO and CTO, co-founders of Fuzzy Logic, say: “We help SMEs to power up their competitiveness and autonomy, by making robots adapt to them – not the other way around.

“This round of fundraising will allow us to strengthen our R&D teams and deploy our vision of intuitive and flexible robotics among client ambassadors throughout Europe.”

Julian von Fischer, from 42CAP, says: “Fuzzy Logic will be one of the key enablers of the flexible production paradigm changing the industry as we know it today.

“We were deeply impressed by Ryan Lober’s and Antoine Hoarau’s deep knowledge of the industrial robotics space, as well as the powerful solution they have built.

“They were able demonstrate everything we seek in entrepreneurs and bring their technology into the hands of industry leaders in real-world use cases. We are more than excited for what lies ahead and are proud to back the team on this journey.”

In a statement, Benjamin Zerbib, investment director and Yvan-Michel Ehkirch, managing partner at Karista, say: “Fuzzy Logic arrives on the market with a perfect timing given the mass-adoption of industrial robotics and underlying applications.

“Yet projects remain complex, pricy, and lengthy to implement. We immediately shared Ryan Lober and Antoine Hoarau ’s vision: make robotics accessible for everyone, not only for experts, and revolutionize the way people interact and use industrial robotics.

“In addition, we have identified a stellar team of entrepreneurs with impressive tech expertise around software and robotics. We are very proud to back them in this new phase.”

Fuzzy Studio and Fuzzy RTOS are currently being deployed at customers in France and Germany, who were specifically chosen for their flexibility and precision requirements.

Thanks to awards and support from the French public investment bank, Bpifrance, as well as the European Union, the company has accumulated more than 600,000 euros in pre-seed financing.

The current round of fundraising will help them strengthen the technical team in order to deploy to new customers, “Platform Ambassadors”, throughout Europe.

The Fuzzy Logic mission: unlock flexible production for any manufacturer, by making the robot a simple tool – accessible to any operator.