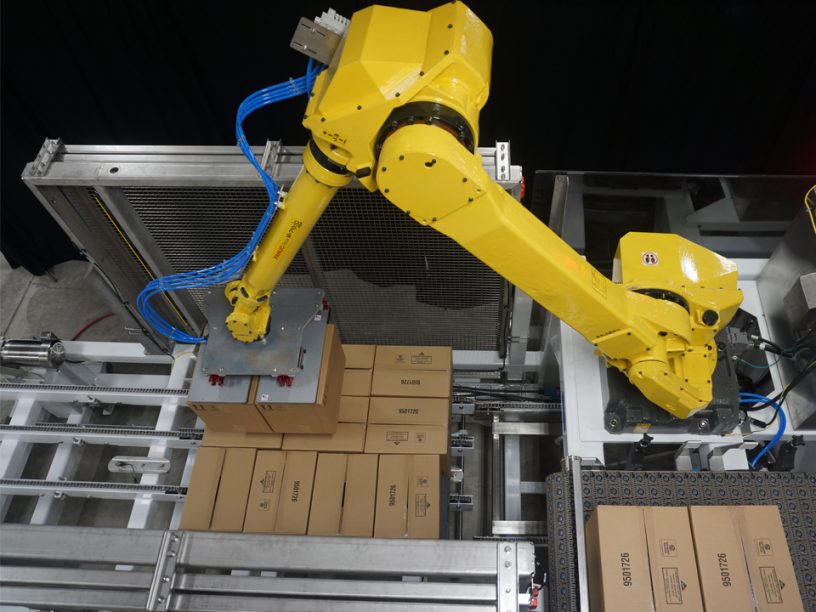 The Box Box, a space-saving robotic palletizer with a small footprint, starting at just 8’x10’, allows an operator to design and produce exact pallet patterns quickly and easily from bags to boxes and other product types.

The new standardized version comes with the same features and benefits of the original Box Bot, but is built for those customers who don’t require a lot of added customization in their machine.

Ryan Womble, director of sales, Quest, says: “There are many customer applications that are relatively straightforward and ultimately don’t need something that’s extremely complex. 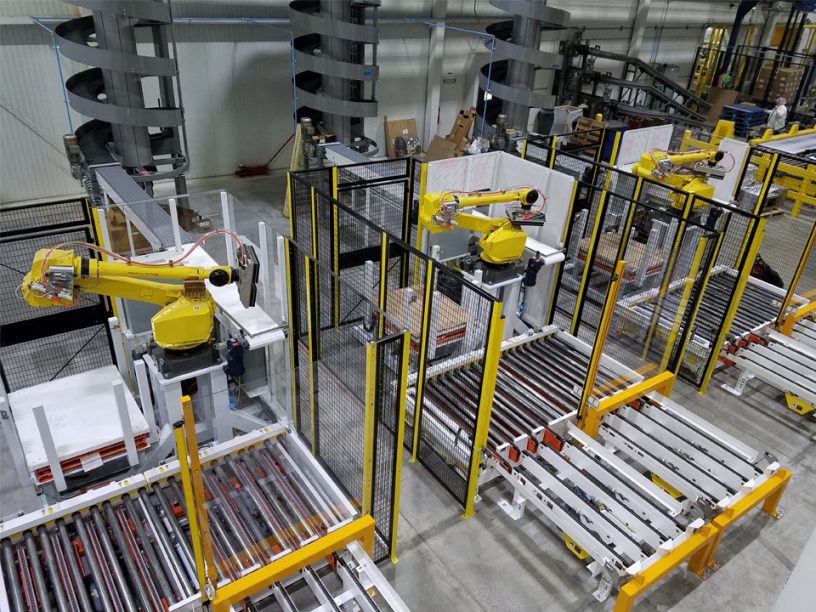 “We’ve standardized and pre-defined key configurations of the Box Bot, while not sacrificing capability or functionality. Our standardized version enables us to offer a more cost-effective palletizing solution to customers with shorter lead times.”

Ideal applications for this new standardized version of the Box Bot include companies who rely on manual palletizing in industries such as food, beverage, consumer goods and others.

Implementing a robotic solution cuts down on labor costs, reduces risk of employee injury associated with manual palletizing, and increases predictability of a company’s production output.

Creating patterns is accomplished though the QBox custom pallet building HMI-based software, the most technologically-intuitive operator interface available on the market. 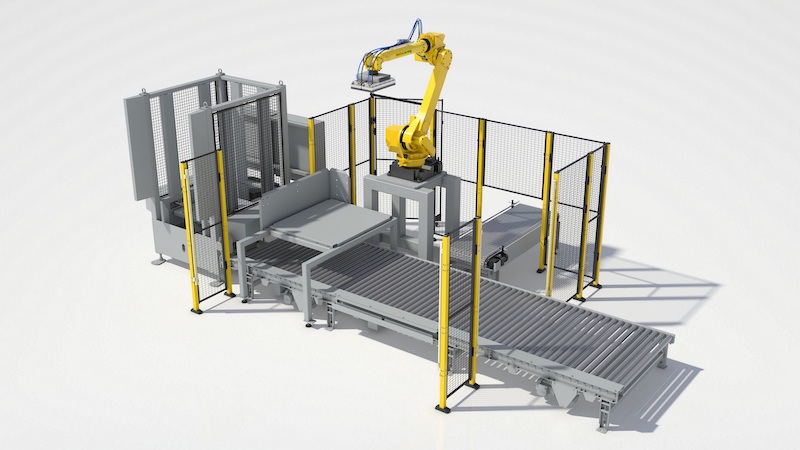 The ability to build your own patterns saves time and money by eliminating the need to have a service programmer onsite to perform the task.

Quest is an award-winning, Fanuc Authorized system integrator and certified vision specialist, and its systems are capable of direct food contact with US Department of Agriculture compliant and washdown designs.

The diverse knowledge base of Quest engineers and programmers encompasses the entire manufacturing process, allowing them to solve virtually any customer application with the appropriate level of robotic automation.