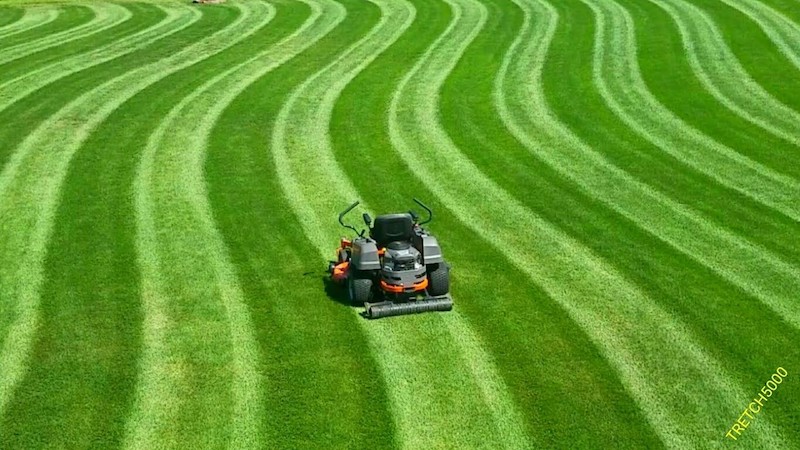 The company is tackling the industry’s single most pressing challenge, a decades-long shortage of reliable labor. This has often resulted in businesses that are unable to grow beyond a certain size even if the demand is present.

Over 50 percent of landscape maintenance involves lawn mowing, a tedious and repetitive process made physically grueling by exposure to harsh weather. This exacerbates the industry’s labor shortages, low growth and shrinking margins.

To answer these problems, Electric Sheep has created the Dexter robot, clamp-on hardware and software that turns commercial lawn mowers into self driving machines.

Landscaping is a $105 billion industry, notably the size of the entertainment or petcare industries. However, it has been largely ignored by technology companies and lacked innovative solutions.

“We have an already tight labor market, so I would love the opportunity to refocus my staff on the jobs robots can’t do. We are thrilled to be autonomy partners with Electric Sheep.”

The company was founded in late 2019 by a diverse team of entrepreneurs with backgrounds in engineering, entrepreneurship and landscaping.

The Electric Sheep Robot works with commercially available gas and electric mowers and is available with no upfront costs through a Robots-as-a-Service model.

There are hundreds of thousands of commercial mowers being used today, and the Electric Sheep Robot is able to deploy on this already existing and well established platform.

Nag Murty, CEO and co-founder of Electric Sheep, says: “The acuity of the need is so deep and the willingness to try autonomy so intense that we have been overwhelmed by the response.

“If we were to stop acquiring new customers today and just expand among the ones who are signed on with us, we would already have hundreds of millions in annual revenue in a few years.”

Electric Sheep’s Dexter Robot easily attaches to new or existing lawn mowers and receives over the air updates, requires minimal training and can mow any type of grass fully autonomously.

The company also plans to apply the technology to other turf applications, including snow removal, sweeping, sidewalk repairs, pest control and beyond.

All robots are monitored while in use and incorporate a safety rated system capable of detecting perimeter breaches in even the most adverse conditions. They are built to the R15.08 standard for self-driving robots.

While Electric Sheep is only coming out of stealth today, it has already raised approximately $4 million in funding led by Foundation Capital, with participation from Grep VC, Signia Ventures and angels such as Ariel Cohen (TripActions), Travis Deyle (Cobalt Robotics), Sahil Lavingia (GumRoad).

Apoorva Pandhi of Foundation Capital, says: “Electric Sheep has an impressive team and the founders have complementary skills across product, technology and landscaping operations.

“With an elegant and simple retrofit approach that doesn’t require any change to an existing gas or electric mower, Electric Sheep automates the existing fleet and unleashes productivity, thus unlocking enormous revenue potential.”