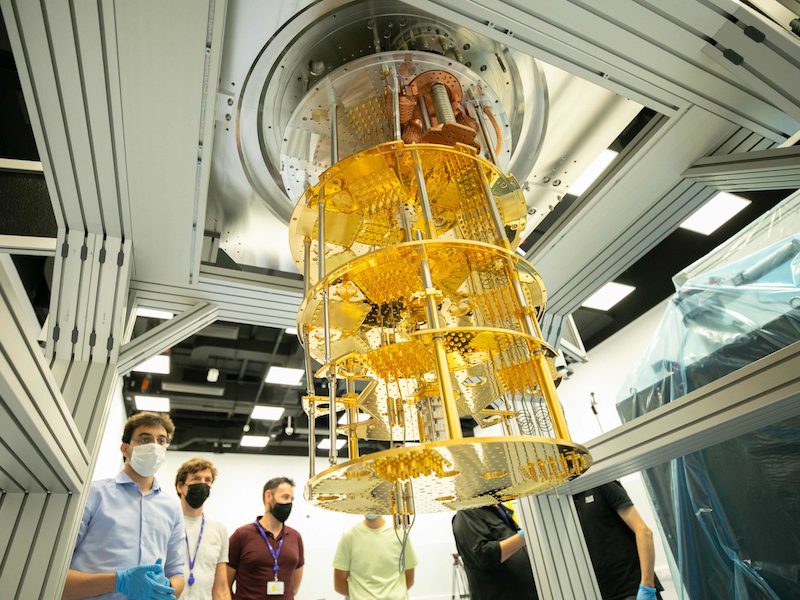 Abu Dhabi’s Technology Innovation Institute, a pioneering global research and development centre that focuses on applied research, today unboxed the cryostat – the initial frame of its quantum computer that is being assembled in the UAE capital.

TII’s Quantum Research Centre (QRC) is spearheading the landmark advanced technology project that aims to give the world a quantum advantage through developing a supercomputer with exponential computational capabilities.

Two helium dilution refrigerators arrived from Finland earlier this week in massive wooden crates, an essential component that uses helium isotopes to cool the quantum chips or the brain of the computer and maintain the quantum information.

The dilution fridge comprises six levels – the top one is at room temperature, with the temperature steadily dropping in the lower levels until the device can achieve the extremely low temperature of 10 Milikelvin (mK) – one-hundredth of the temperature of outer space – that is optimal for the quantum chip to operate.

A quantum computer uses quantum mechanics phenomena such as “superposition” and “entanglement” to generate and manipulate subatomic particles like electrons or photons – quantum bits also known as “qubits” – to create exponentially stronger processing powers and help perform complex calculations that would take much longer to solve even by the world’s most powerful classical supercomputers.

Traditional computers use bits arranged as combinations of ones and zeroes while quantum computers use qubits in which particles can exist in two states at the same time – thereby, increasing their computing power through allowing them to evaluate multiple outcomes at once.

Abu Dhabi is building the quantum computer in collaboration with Barcelona-based Qilimanjaro Quantum Tech. The quantum computer once it takes shape, can prove invaluable in diverse fields – from discovering new medicines to designing better batteries, and also help in multiple artificial intelligence applications.